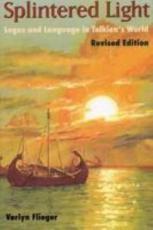 121
Mr. Underhill replied
9 hours ago
Sentiments from the London Rings of Power event

Jun 12, 2006
2006/6/12 18:51:07 (GMT) Greenwich Mean Time, London, Dublin, Lisbon, Casablanca, Monrovia
Back in April the city of Vacaville, CA ran their second annual Middle-earth Festival. I hadn't heard about the first year's show at all, and didn't know they were doing it again this year until about four weeks before showtime. Still, it seemed like it might be fun so I decided to run a booth if they still had room. They typically have costumers, jewelers, and period (e.g. Medieval) recreation vendors, so I would be a unique vendor there (bringing books and a smattering of movie and general Tolkien merchandise.) I had no idea if there would be any potential customers there, but it seemed worth a shot. I enticed my friend Russ to come with to help watch the booth (doing these things solo is definitely not recommended, and my wife was doing a different trade show for her business up in San Francisco for the day.) We left at 6:30 or so for the hour and a half drive, and were set up by show start at 9:00. It's a two day show outdoors, but we were only doing Saturday as I didn't want to leave the books out overnight, or tear down everything and set up again Sunday morning. It was a fun day, with customers ranging from pre-teens in herds oogling the Orlando Bloom poster, to some elderly fans who had read more than The Silmarillion and were happy to find someone they could discuss arcane details with. Business stayed under $20 per sale, but having the rare expensive materials seemed to draw people in, so it was worth bringing at least some of them. (I didn't really expect those to sell, but you never know when you'll run across a serious collector interested in something scarce.) I think I'll do the show again next year if scheduling permits, and bring more teenage-focused materials (less books, more movie merchandise). I would have broken even for the show except the City requires all vendors to have $1 Million in liability insurance - a day policy for a bookseller is only $90, but that's still a lot of movie posters and "Frodo Lives" buttons. Not knowing what to bring I had a little of everything, and sold out of the popular stuff by lunchtime. Knowing what sells, and staying for the second day (which wouldn't cost any more) would easily have made my trip a profitable one. There were a lot of impressive costumes, and a fun SCA demonstration of live combat - definitely not a typical book fair! Russ went off again a few weekends ago toKublaCon, a gaming convention in San Francisco. They run a monster gaming flea market Friday night and Monday all day. All gaming focused, so I didn't go myself, but Russ kept an eye out for Tolkien related materials. He didn't see anything but could easily have missed something in the crush. Lots of bartering, haggling, and deals to be had it seems - tables for selling are only $15, so anyone who wants to clear out some games can easily set up and sell. Didn't seem like the right market for rarities, so I don't think trying to sell scarce games like SPI's The War of the Ring would work well, but it seemed like a great place to buy if something like that showed up.
Share