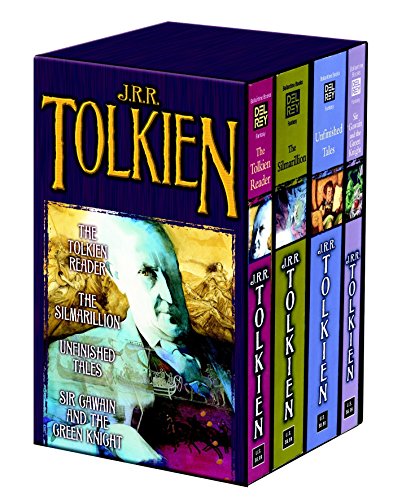 Arbor, would you be so kind as to show a zoomed picture of the top of your Two Towers spine? I'm the one with the split in the leather and zooming in on your pic I think I see the same split, but can't be sure. 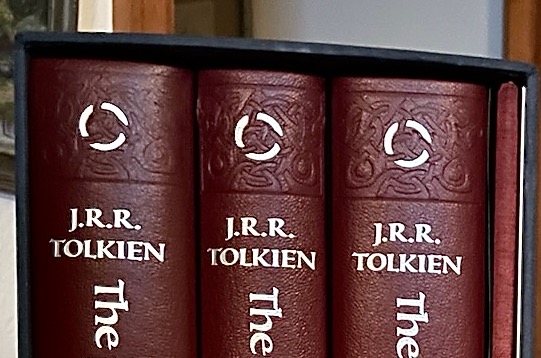 Apr 29
2022/4/29 19:34:07 (GMT) Greenwich Mean Time, London, Dublin, Lisbon, Casablanca, Monrovia
Be a bummer of you bought a copy on the secondary market. I wonder if Folio would help out such a customer or if it would be 'tough luck'. I guess it would be an eBay return and then the eBay seller would need to deal with it.
Share

Be a bummer of you bought a copy on the secondary market. I wonder if Folio would help out such a customer or if it would be 'tough luck'. I guess it would be an eBay return and then the eBay seller would need to deal with it.

Ya, I would think FS wouldn't help you with that. Seems like they have some extra stock for conditions like this, but they would be under no obligation if you bought on the secondary market.
Share

Sad to see 3 separate copies with the same issue here though.
Share

Same here. FS was very quick to respond initially and now waiting on the resolution.

Sad to see 3 separate copies with the same issue here though.

I guess they could easily print and bind more if the problem is widespread enough (and I strongly suspect it will be a lot more than 3 copies). They would just need to retrieve and destroy the defective ones so as to keep the limitation honest. I'm guessing they will indeed sort it for affected buyers, as the optics of not doing so would hamper future money-spinners. Hopefully they are already taking it into account with the final (possibly not final!) copies being bound.
Share

2022/5/7 18:46:41 (GMT) Greenwich Mean Time, London, Dublin, Lisbon, Casablanca, Monrovia
Shortly after the war began, Russian sellers disappeared from ebay and most posted notices that they would no longer be taking orders from the US and Europe because of sanctions. Ukrainian sellers started posting notices that they would be taking orders, but not fulfilling them until the end of the war. So I decided to try to quickly finish out a series of Russian LOTR, Hobbit, and Silmarillion editions that I had been slowly working on. I had to use non-Russian sources before they ran out of stock and were unable to get more. Just one edition of Hobbit in the set has eluded me from non-Russian sources. All the other missing volumes I found at Ruslania Books in Helsinki.
This is an unusual set from Izdatel'stvo AST in Moscow dating from 2020-2021. Each volume is a separate, standalone translation of LOTR (6), Hobbit (4), or Silmarillion (2). I don't know what criteria they used to select which translations to include (probably those that they could get the rights to for the least amount of money).
I was also able to get an older edition from the early '90s that has three volumes: 1) Appendices and Fellowship; 2) Two Towers and Return; 3) Silmarillion and Hobbit. The cartoonish art on the covers doesn't actually match the content of the books, but it appears to be broad interpretations of scenes just from Hobbit. 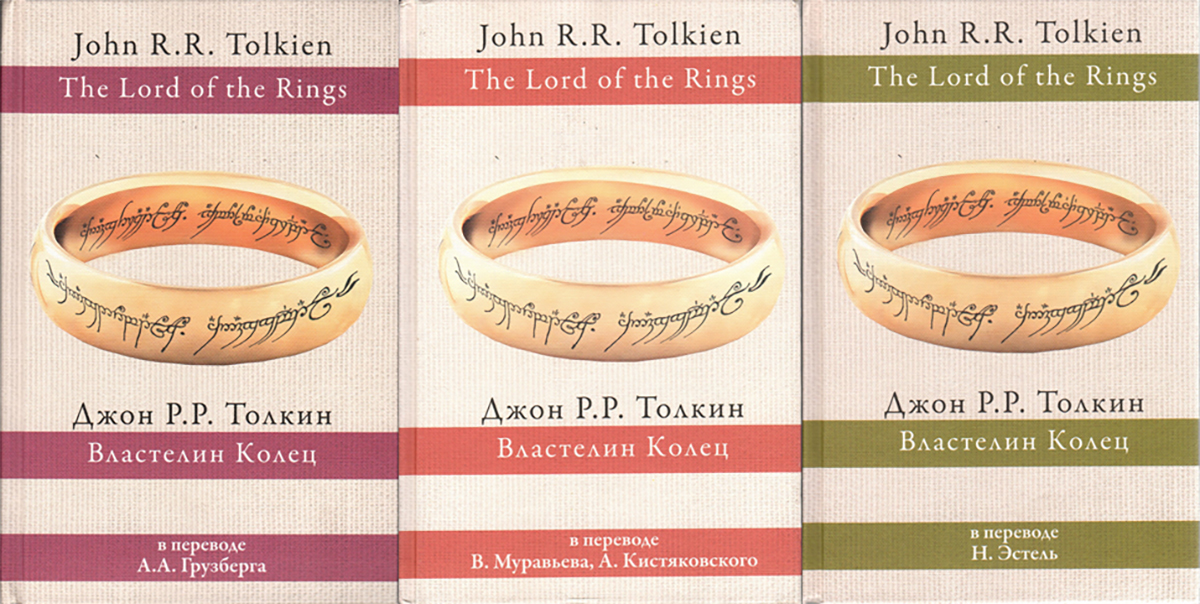 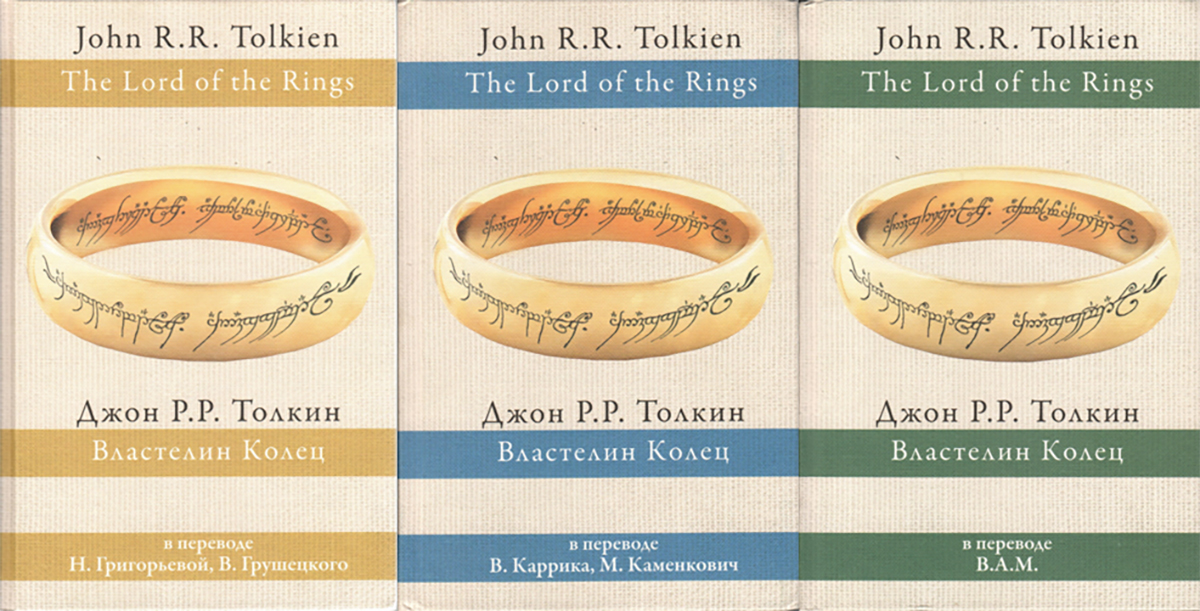 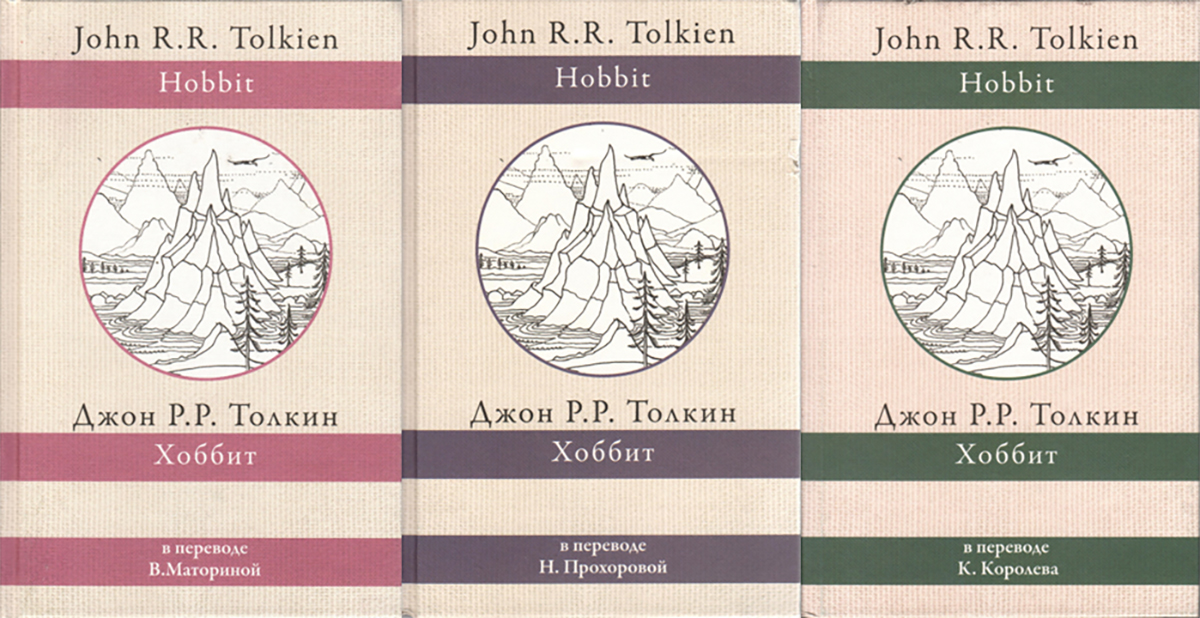 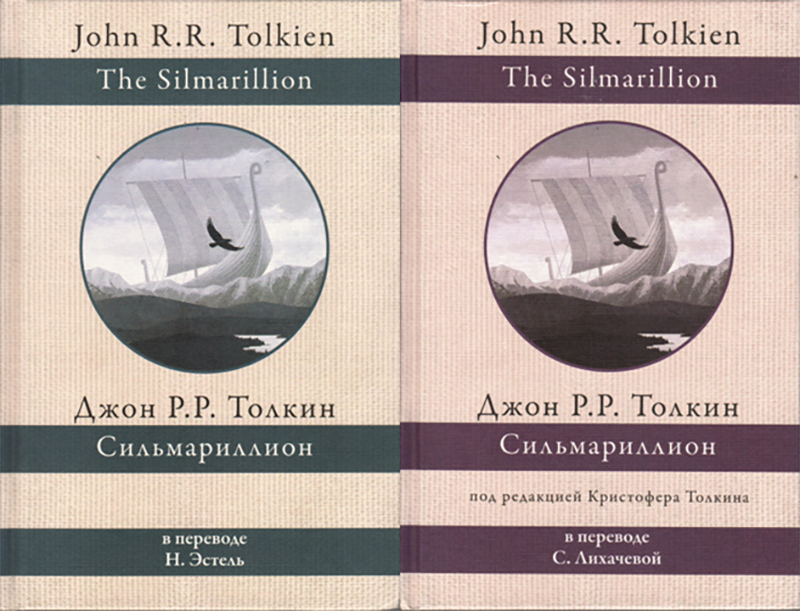 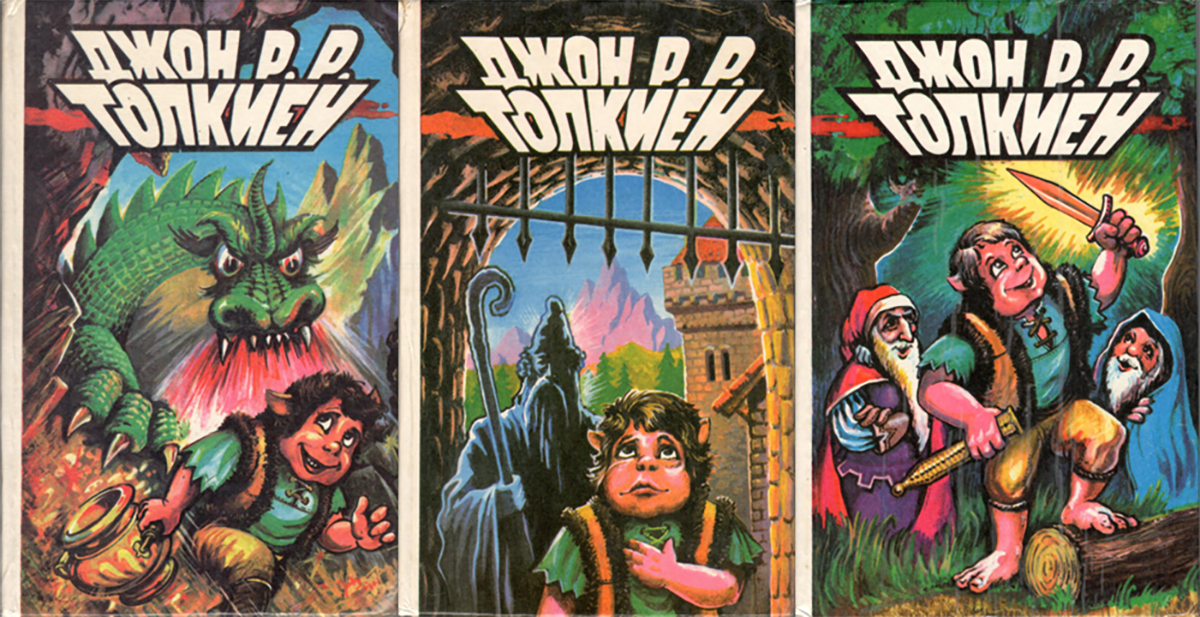 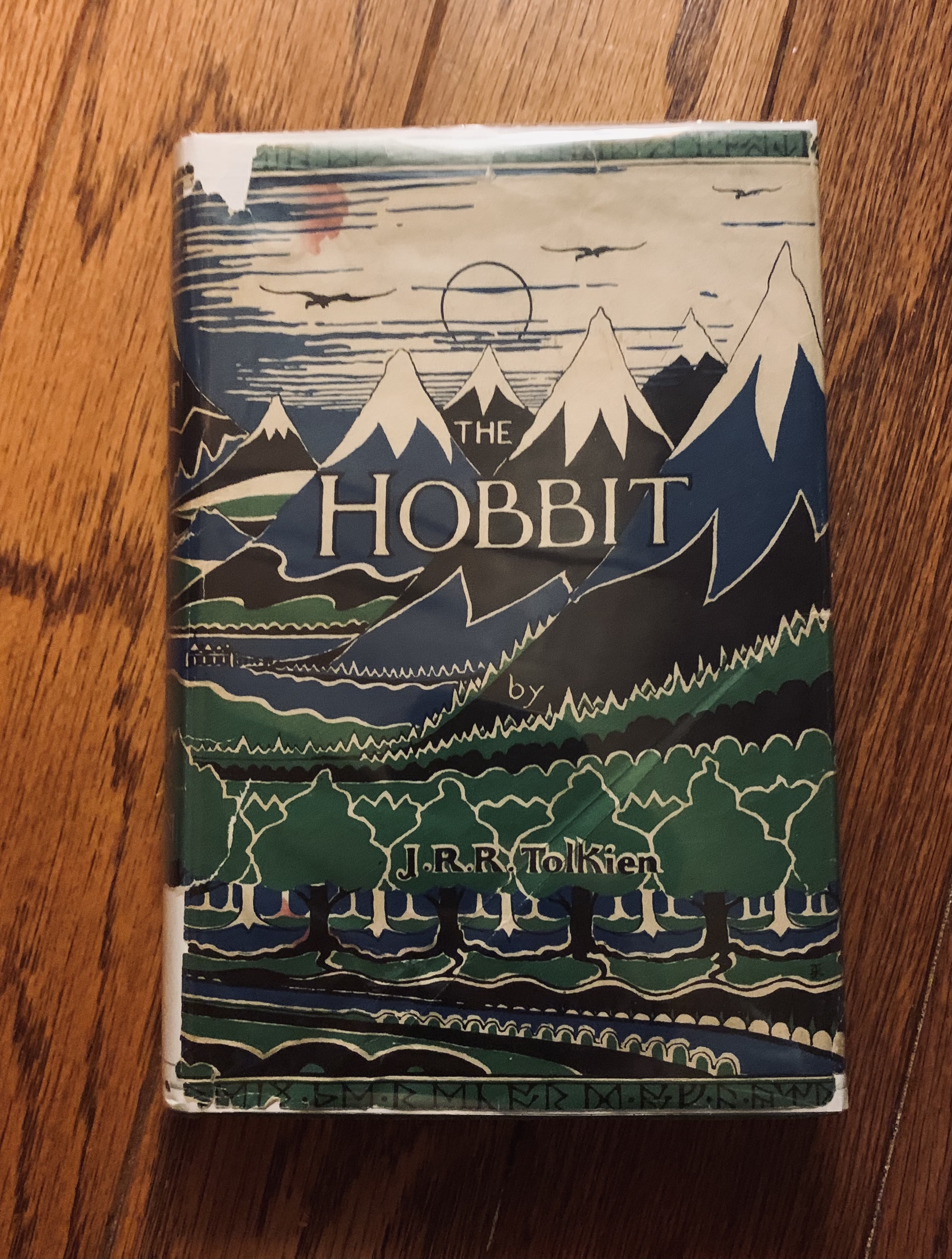 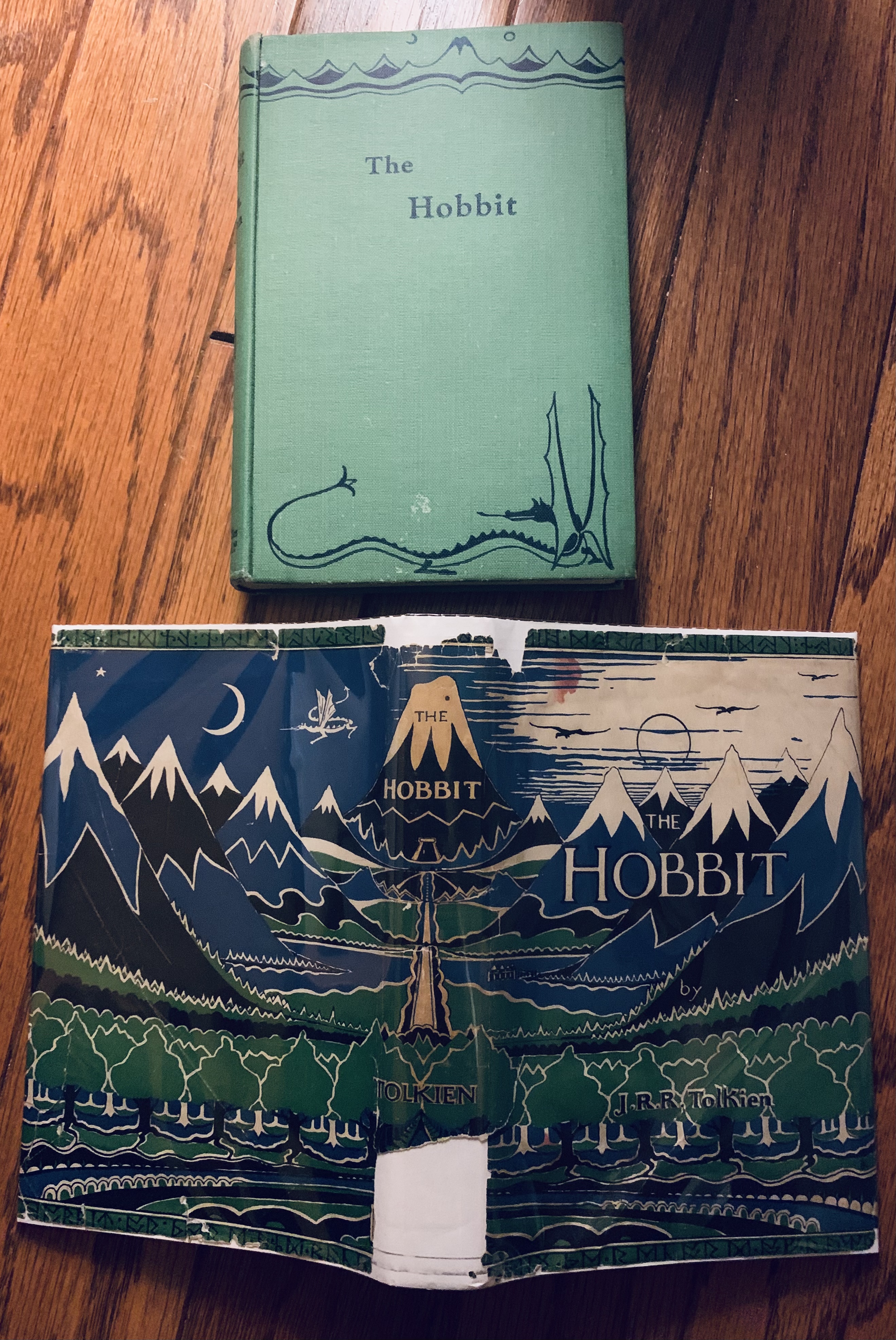 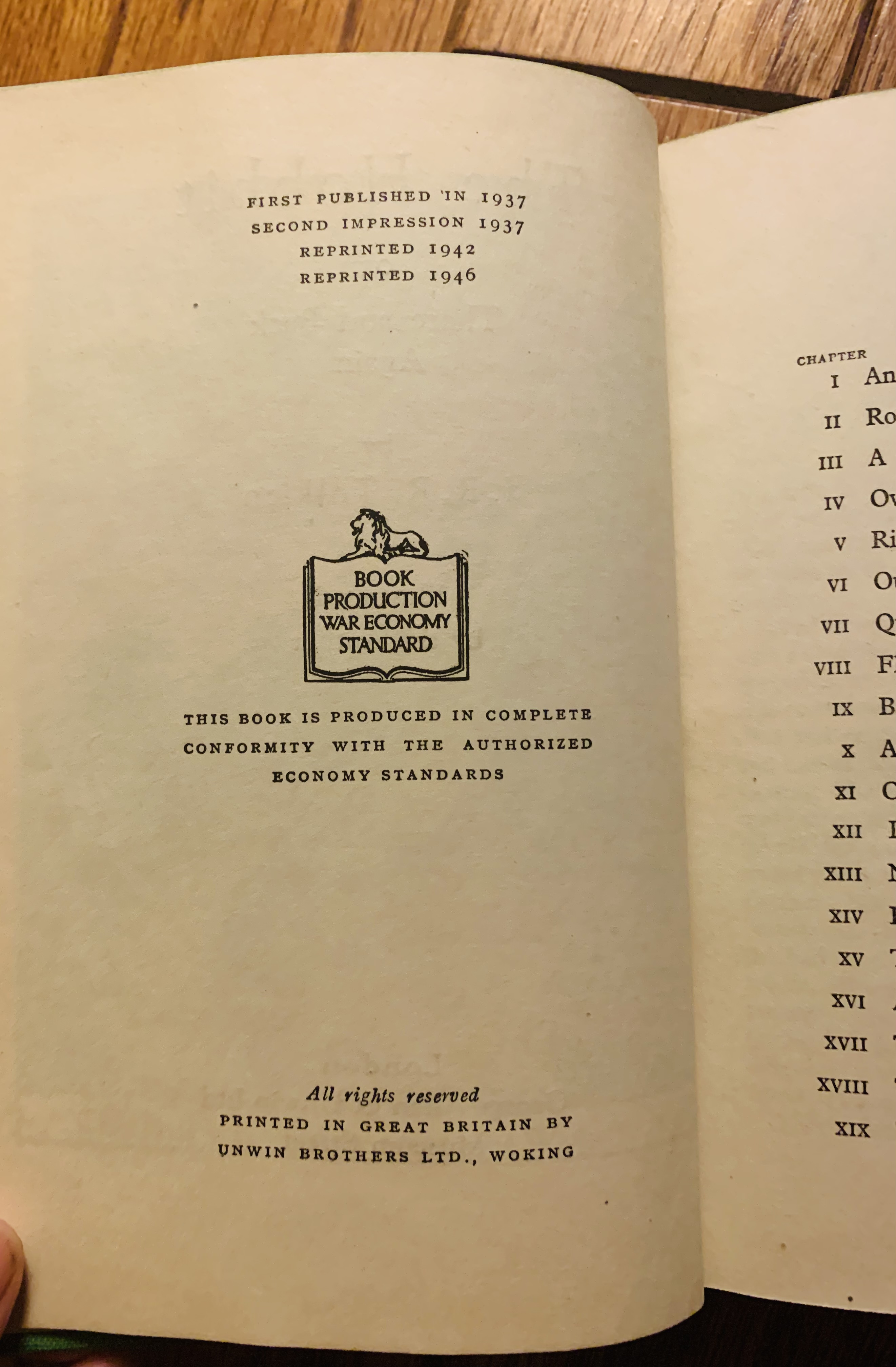 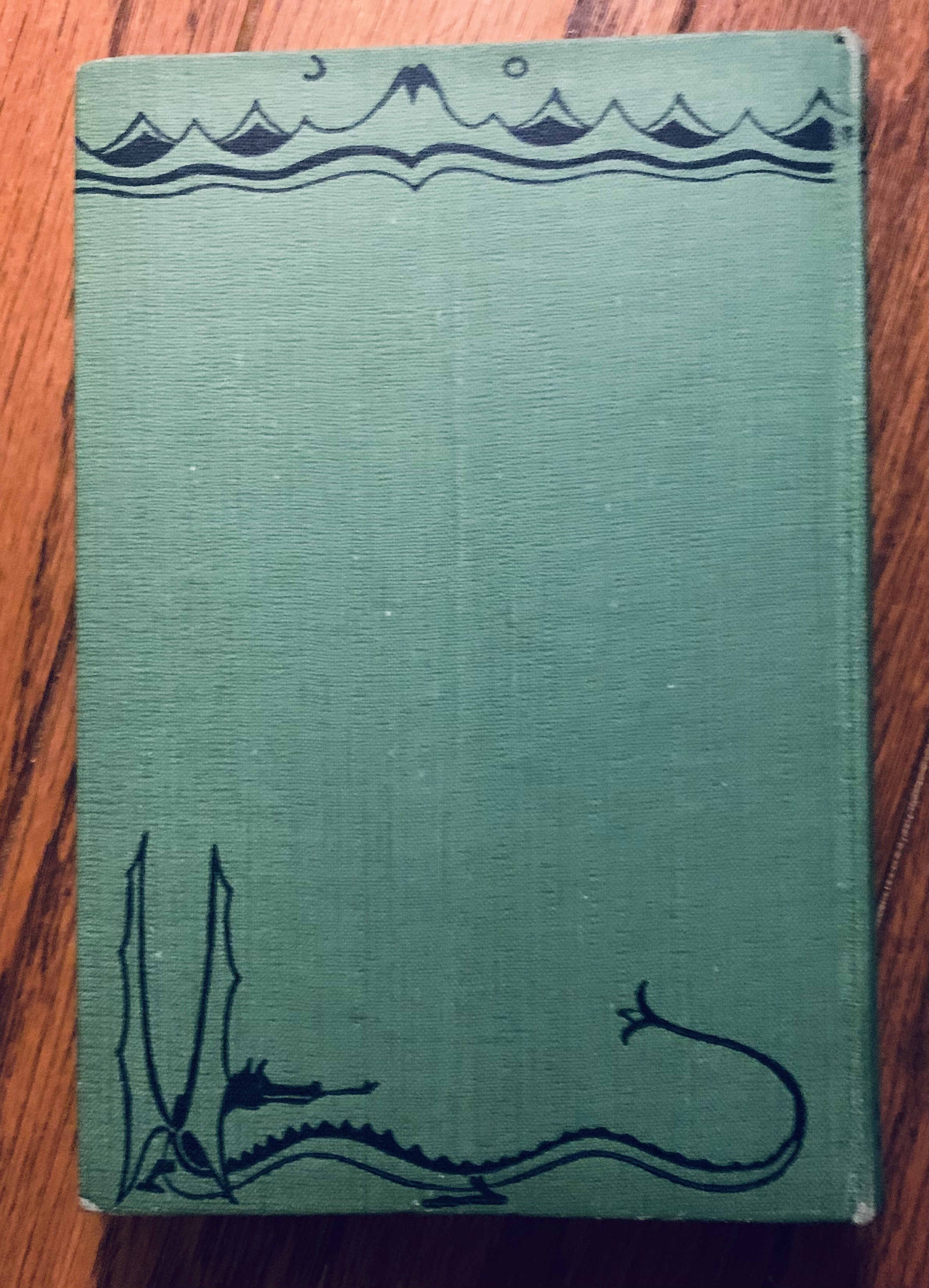 And as always something interesting from the east Taivo.
Share

It was picking up a 1946 that started my pre-1978 Hobbit collecting.
Share