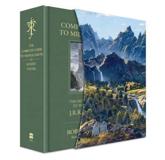 The Complete Guide to Middle-Earth
$109.03
TolkienGuide is a Blackwell's affiliate

798551
Mr. Underhill replied
1 hour ago
The Rings of Power Exclusive: Everything You Need to Know About Celebrimbor 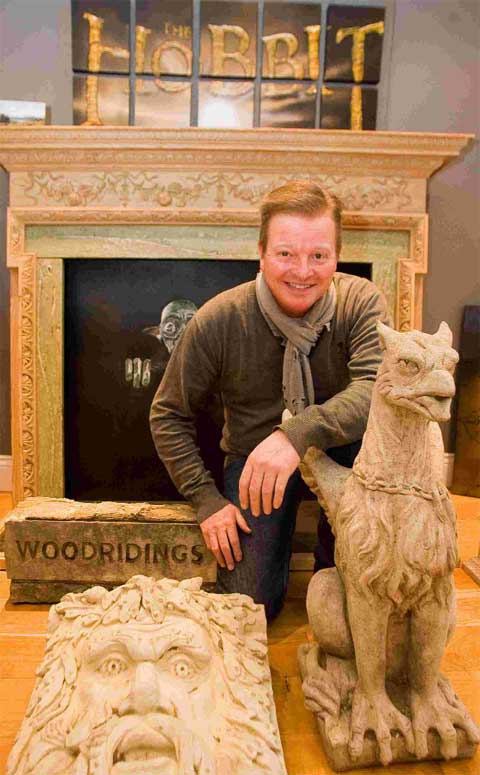 Dec 16, 2020
2020/12/16 22:17:07 (GMT) Greenwich Mean Time, London, Dublin, Lisbon, Casablanca, Monrovia
From a quick skim through the questions and responses, nothing new appears to really have been added to the discussion. Pointless project remains pointless.
Share

Dec 16, 2020
2020/12/16 23:26:38 (GMT) Greenwich Mean Time, London, Dublin, Lisbon, Casablanca, Monrovia
After reading Julia Golding's replies on Reddit I am unmoved over the project. I personally find her answers vague and I can't get on board with that. I don't really have anything else to add as I don't trust the project to deliver anything of impact so I am leaving this subject from here on out to others who still want to talk this out.

I look forward to the day when this subject is nowhere to be seen in the recent activity if truth be told.

Dec 16, 2020
2020/12/16 23:41:34 (GMT) Greenwich Mean Time, London, Dublin, Lisbon, Casablanca, Monrovia
I'm going to pause the thread again, I think we've hashed this out well beyond any added value to TCG. I will go back and clear out most of the conversation post the reddit AMA announcement as not relevant here.

On re-read I can see how Stu's comment was implying a connection that I didn't see on first read, and Aelfwine - the general request from me was not religion-centric, it was to stay focused on TCG-related material as much as possible. The AMA announcement tied in to my research on whether Project Northmoor was was they said they are, so I had no problem with the announcement and a general comment or two on the official answers given. The sniping done by certain Redditors don't have anything to do with PN's motives and goals, so I'm going to remove that.
Share

2020/12/29 1:22:39 (GMT) Greenwich Mean Time, London, Dublin, Lisbon, Casablanca, Monrovia
FWIW, they are now trying to get funding via Kickstarter. Of note, this is an all-or-nothing setup, so they don't get the money unless they reach their goal.

Which is fine, except they have set their goal as £500,000. According to their own estimates, they need 8 times this.

TL;DR - they get to keep the money if it reaches 500K, even though they won't be able to achieve any of their stated goals.

[Edit: Worth saying, I'm not trying to kick off further discussion on this (It is a most unpleasant topic). Just wanted to keep people updated that this is still ongoing and they are now pursuing additional means to separate the public from their money. Oh, and whilst I'm at it, only backers can comment on their kickstarter campaign - so you have to have already committed money in order to comment]

I will update this post to show the current publicly available funding details for anyone who is interested.

Happy World Book Day in the UK for 4th March! We hope you are all taking time to read and enjoying your favourite stories this spring.

Just keeping everyone in the loop on how the campaign is going. Public donations alone haven't yet reached the target but we have one big application in that we are waiting to find out if it will succeed, which will decide the future of the campaign. If that doesn't come through, we are also hard at work setting up a “plan b” in a great alternative venue with Tolkien links in Oxford and running the creative courses as promised. The online fantasy writers course is already up and running with a full list of participants for those who wish to be inspired by Tolkien's city so the campaign is already bearing fruit. Thank you to everyone who has helped make this happen - there will be a good outcome whichever door we end up going through.

Once we get an answer on the application, if it is a no, then those who were only interested in the house rather than the other aims for Tolkien-inspired events in Oxford will then be offered routes to either a refund or reallocation of their charitable donation. Please look out for that message if we reach that point.

We are obviously still hoping the application comes through as a yes and we are in a situation of going on rather than refunding. Then it will be full steam ahead and all hands on deck!

March 8, 2021
Thank you so much for your support to Project Northmoor and our attempt to buy 20 Northmoor Road, Tolkien's former home, to establish a literary centre dedicated to inspiring new creativity. After 3 months of campaigning, we haven't yet raised sufficient money to buy the house but there is one last possibility, which is we are exploring with a big TV network from the US, for a 'makeover' show. As these negotiations are taking time, we thought it best to suspend the public campaign for the house from Monday until we know the outcome. At that point, if the programme goes ahead, we will reopen with renewed energy with a fabulous opportunity to bring everyone into the project! If that door closes, we will then contact donors with next steps.
The very good news though is that we have been offered an alternative home for the first literary centre dedicated to Tolkien in a very suitable venue in the heart of Oxford that fits our needs perfectly for in person courses and a base for tours visiting the locations that inspired Tolkien. We are also starting our first course for fantasy writers on 20th April which is well subscribed, attracting people from around the world to participate online. They will be taught over six weeks by four expert tutors as well as special guests knowledgeable about Tolkien, diversity in fantasy literature, the editorial process and the history of folklore and fairy tales. It is very encouraging that the work is beginning and we have a clear path to achieving many of our goals with or without the house.
Share

Looks like the end of the Project, hoping that their fears of the house being demolished do not come to pass.

Thank you for all your wonderful support over the last three months. Sadly, we weren't able to find a route to fund the purchase of the house before the vendor chose another party. We are sorry we couldn't get there faster but we gave it our all. We've been entirely staffed by volunteers so thank you to everyone who helped run the campaign.

The story is not at an end. This news means we will set up the literary centre elsewhere in Oxford (more on this to come). You will still be able to visit Tolkien's city and the places that inspired his writing once the world starts travelling again. The first online course begins on April 20th so the work of the centre is already underway.

As we said on the website, we will shortly be emailing everyone who has contributed and gave us their contact details. Depending on the channel of their gift, this message will explain the next steps. For donors through PayPal and JustGiving, they will have the choice of funding the work of the centre or asking for their donation to be returned (less the platform's fee). For donors through Signatry or Stewardship the donation has to be used for a charitable purpose and so we will be writing to those donors with more options.

A big thank you once again!

The Team at Project Northmoor

This draws the saga of 'saving Tolkien's house' to a close and good luck to the Centre with the courses that they are offering.