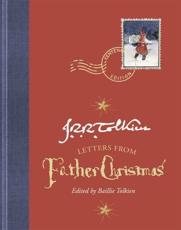 219
northman replied
2 hours ago
J.R.R. Tolkien's The Fall of Númenor

756
Stu replied
Dec 4
Is The Lord of the Rings now a never-ending franchise like Marvel and Star Wars?

Aug 21, 2021
2021/8/21 1:13:13 (GMT) Greenwich Mean Time, London, Dublin, Lisbon, Casablanca, Monrovia
Thanks Druss and Urulókë. In that case I’ll probably satisfy myself with the catalogue for now, and keep an eye out for the photobook in case I get lucky. 🙂
Share

Jan 4
2022/1/4 8:15:34 (GMT) Greenwich Mean Time, London, Dublin, Lisbon, Casablanca, Monrovia
Ticket bought - on my way to become the only person on the planet to have seen four major Tolkien exhibitions in the last four years

I wonder how many of these I could make it to Marquette to hear?

They do say they will be streaming the presentations as well, for those of us unable to travel.
Share

The Haggerty Museum of Art and Raynor Memorial Libraries announced the presentation of a slate of programming, including a lecture series, in conjunction with the collaborative exhibition “J.R.R. Tolkien: The Art of the Manuscript.” The exhibition will feature the original manuscripts created by J.R.R. Tolkien for his literary classics “The Hobbit,” “The Lord of the Rings” and other works.

Carl Hostetter is a computer scientist at NASA who has earned a reputation as one of the leading experts on J.R.R. Tolkien’s invented languages. He is a key member of the Elvish Linguistic Fellowship, an elite group of four Tolkien scholars whom the Tolkien Estate has entrusted with special access to the author’s unpublished linguistic manuscripts. These linguists have published extensively on Tolkien’s invented languages, including in “Vinyar Tengwar,” a peer-reviewed journal that Hostetter edits.
Hostetter is one of the most experienced students of Tolkien’s manuscripts. His ability to read and interpret Tolkien’s notoriously difficult handwriting is second to none. Christopher Tolkien (1924-2020) entrusted Hostetter with editing his father’s last volume of published writings, released in 2021 under the title, “The Nature of Middle-earth.” Hostetter’s work is highly regarded by Tolkien scholars. His volume “Tolkien’s Legendarium”—co-edited with Verlyn Flieger—is considered one of the best collections of essays on the history of Tolkien’s secondary world.

Holly Ordway is a rising star among Tolkien scholars. Her 2021 book “Tolkien’s Modern Reading” is a tour de force destined to become a classic in Tolkien studies. Ordway demonstrated that Tolkien, usually pigeonholed as a medievalist, was remarkably well read in modern literature. Her work shows how many modern works affected Tolkien’s creative output. Currently on faculty at Houston Baptist University, Ordway has taught English at the University of North Carolina-Chapel Hill and MiraCosta College. She specializes in J.R.R. Tolkien and, more generally, in mythopoeic literature. Ordway’s current research project is a book-length treatment of Tolkien’s Catholicism, fitting for a Catholic, Jesuit university such as Marquette.

Trained as a journalist, John Garth has gained an international reputation as a leading writer about J.R.R. Tolkien and a popular commentator on Tolkien’s works and life. His published works include the recent “The Worlds of J.R.R. Tolkien” (2020). His earlier masterpiece, “Tolkien and the Great War” (2003), is universally acknowledged as a classic in the field of Tolkien Studies. Garth, who has made a special study of Tolkien’s manuscripts, will focus his lecture on a manuscript that is part of Marquette’s collection and has never previously been exhibited or published. He will demonstrate his renowned historical research skills by analyzing the manuscript and using it to tease out insights about Tolkien’s experiences during the Second World War.

All lectures will be held at the Haggerty Museum of Art and will include time for questions and answers. The lectures will be streamed online for audiences who wish to attend virtually. Due to limited capacity, advanced reservations will be required and can be made online(https://www.eventbrite.com/e/jrr-tolki ... registration-290611666317).

Other programming highlights include:

The lectures and programs will be free of charge.

May 27
2022/5/27 21:10:10 (GMT) Greenwich Mean Time, London, Dublin, Lisbon, Casablanca, Monrovia
Is anyone planning to attend the Exhibition the weekend of August 19-21? Beyond Bree is trying to organize a small Tolkien conference & dinner at Marquette for Saturday August 20. IF you are planning to be there on Aug 20, and IF you would like to attend (or to present a paper!), PLEASE contact Nancy Martsch (event organizer) at beyondbree@yahoo.com
Share