Books and other printed materials >> "Introduction to Elder Edda" by Tolkien?
By Morgan

"Introduction to Elder Edda" by Tolkien?

Mar 6, 2011
2011/3/6 15:08:19 (GMT) Greenwich Mean Time, London, Dublin, Lisbon, Casablanca, Monrovia
While browsing on internet, I found a cover (which I've never seen before) of a book apparently entitled Introduction to [The?] Elder Edda: A Selection translated from the Icelandic by J.R.R. Tolkien, edited[?] by Peter H. Salus and Paul B. Taylor.

The book doesn't turn up on Amazon - anyone knows anything about this book? Is it a "real" cover or just a fan creation?

The cover looks a bit typographically similar to that of this book:

"The Elder Edda: A Selection translated by Paul B. Taylor and W.H. Auden" at Amazon.co.uk 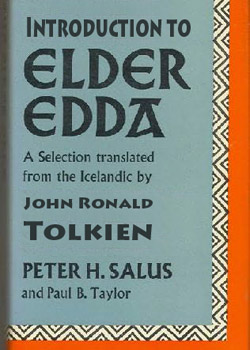 Mar 6, 2011
2011/3/6 15:20:13 (GMT) Greenwich Mean Time, London, Dublin, Lisbon, Casablanca, Monrovia
Someone's invention which does not exist, in my opinion. The Auden Taylor books are familiar to me and include items also covered by Tolkien in his Sigurd and Gudrun but Tolkien's versions have never been published until recently.
Share

Mar 6, 2011
2011/3/6 15:27:24 (GMT) Greenwich Mean Time, London, Dublin, Lisbon, Casablanca, Monrovia
Yes, I believe you're right. I enlarged the image in Photoshop, and it appears like the name "John Ronald Tolkien" has been inserted (there are no pixels in various blue nuances around this piece of text, as is the case with the rest of the image). 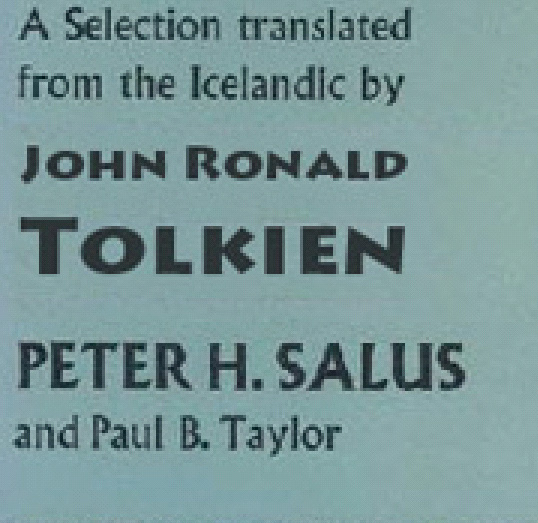