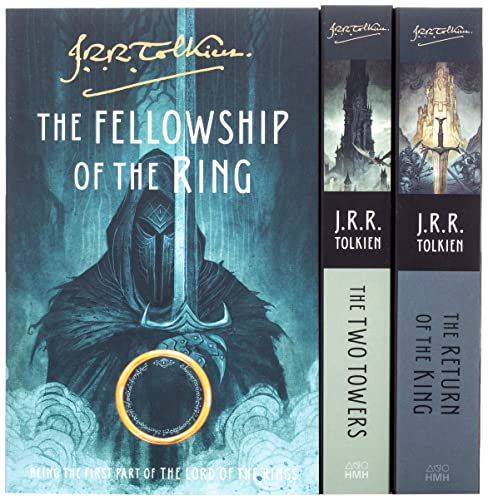 The Lord of the Rings 3-Book Paperback Box Set
$22.21
TolkienGuide is an Amazon.com affiliate

98695
Mr. Underhill replied
Yesterday
In search of the world’s most valuable books, letters and laws

"CS Lewis's biographer AN Wilson goes in search of the man behind Narnia - bestselling children's author and famous Christian writer, but an under-appreciated Oxford academic and an aspiring poet who never achieved the same success in writing verse as he did prose.

Although his public life was spent in the all-male world of Oxford colleges, his private life was marked by secrecy and even his best friend JRR Tolkien didn't know of his marriage to an American divorcee late in life. Lewis died on the same day as the assassination of John F Kennedy and few were at his burial; his alcoholic brother was too drunk to tell people the time of the funeral. Fifty years on, his life as a writer is now being remembered alongside other national literary heroes in Westminster Abbey's Poets' Corner.

In this personal and insightful film, Wilson paints a psychological portrait of a man who experienced fame in the public arena, but whose personal life was marked by the loss of the three women he most loved."