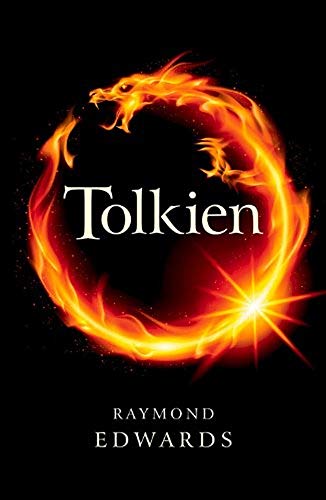 Tolkien
$20.78
TolkienGuide is an Amazon.com affiliate

98704
Mr. Underhill replied
Yesterday
In search of the world’s most valuable books, letters and laws

The second episode is called Fantasy, so I am guessing it is probably on the 24th October, the description is

Andrew Marr explores the imaginary worlds of the fantasy novel - and reveals the conventions that have powered the genre to the best-seller lists.
Share

You can see some of the books featured on the Andrew Marr programme, below.

What is it about stories of magic, epic adventure, and imaginary worlds that has turned fantasy fiction into one of the world's most popular forms of storytelling, regularly filling the bestseller lists and entrancing adults and children alike?

In the second episode of his series that deconstructs the books we (really) read, Andrew Marr argues that these stories are filled with big ideas. Yes, there may be wizards with pointy hats as well as the odd dragon, but what fantasy novels are really good at is allowing us to see our own world in a surprising way, albeit through a twisted gothic filter.

The current leading exponent of fantasy fiction is a bearded Texan, George RR Martin, whose A Game of Thrones began a bookshelf-buckling series of novels, and spawned a vast TV empire. But Andrew reminds us that this is a genre whose origins are British, and at its heart is still a quest to reconnect readers with the ancient ideas and folk beliefs of the world before the Enlightenment.

Andrew breaks down fantasy books into a set of conventions that govern the modern genre - he looks at the intricacy with which imaginary worlds are built (as seen in George RR Martin's A Song of Ice and Fire series), the use of portals that are able to bridge this world and another (most famously, the wardrobe in CS Lewis's Narnia books), as well the concept of 'thinning' - these novels are typically set in a world in decline. In fantasy fiction, winter is always coming.

As well as profiling key figures such as CS Lewis and Sir Terry Pratchett, Andrew considers the spell that medieval Oxford has cast on generations of authors from Lewis Carroll to Philip Pullman. And he gets to grips with the legacy of JRR Tolkien, a figure so important that his influence pops up everywhere 'like Mount Fuji in Japanese prints', according to Pratchett. Tolkien's predominance would not go unchallenged, and Andrew shows how writers like Ursula K Le Guin confronted Tolkien's rather European notions of what an imaginary world should be."