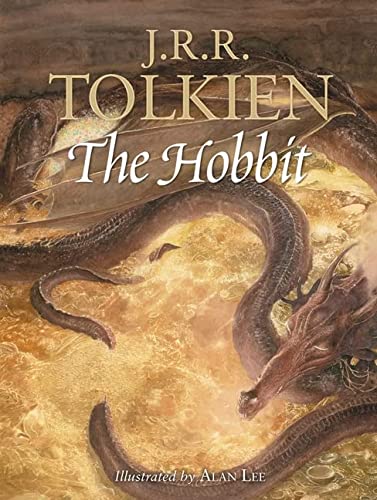 The Hobbit
$27.49
TolkienGuide is an Amazon.com affiliate

Azusa Pacific University will bring together leading experts on Lewis, Tolkien, and the Inklings for a two-day conference on Feb. 7-9: C.S. Lewis, the Inklings, and the Call to Christian Community.

APU Hosts Conference on Lewis, Tolkien, and the Inklings

AZUSA, CA -- Today’s generation has once again become familiar with the writings of C.S. Lewis and J.R.R. Tolkien through the film productions of The Chronicles of Narnia and Lord of the Rings. But do they know how well these two authors were connected? Lewis, Tolkien, and several other writers forged a friendship that produced some of the most creative literature in the English language. What was the nature of their friendship? How did these relationships form, develop, and bring forth the best from others in the group?

Azusa Pacific University will bring together leading experts on Lewis, Tolkien, and the Inklings for a two-day conference on Feb. 7-9: C.S. Lewis, the Inklings, and the Call to Christian Community.

The schedule includes lectures and panel discussions, as well as presentations by keynote speakers T.A. Shippey, Ph.D., Diana Pavlac Glyer, Ph.D., and Thomas Parham, Ph.D. In addition, a creative interpretation of the Inklings’ relationship will be presented through a short play, To the Ink Shed, by David Esselstrom, Ph.D., APU professor of English. A complete schedule is available at www.apu.edu/inklingsconference/.

Shippey, one of the leading authorities on J.R.R. Tolkien, holds the Walter Ong Chair of Humanities at St. Louis University. He is the author of numerous books and articles, including Roots and Branches: Selected Papers on Tolkien; J.R.R. Tolkien: Author of the Century; and The Road to Middle-Earth. Shippey followed in Tolkien’s footsteps as schoolboy (both attended King Edward’s School, Birmingham), rugby player (both played for Old Edwardians), Oxford teacher (Shippey taught Old English for seven years at St. John’s College, overlapping with Tolkien’s last years of retirement), and professor of English language at Leeds (where he inherited Tolkien’s chair and syllabus). He currently serves as president of the International Society for the Study of Medievalism.

Glyer is a professor of English at Azusa Pacific and specializes in the study of the creative process, specifically the way that creativity thrives within small groups and creative clusters. She holds degrees in art, education, literature, and composition. Glyer has published extensively on C.S. Lewis, J.R.R. Tolkien, Joy Davidman, and the Inklings. Her latest book, The Company They Keep: C.S. Lewis and J.R.R. Tolkien as Writers in Community, was chosen as a 2007 core academic title by the Yankee Book Peddler, the vendor of choice among academic libraries in the U.S.

Parham is an associate professor in the Department of Theater, Film, and Television at APU. He is a graduate of the U.S. Naval Academy and completed his doctorate in communication studies at Regent University, Virginia Beach, Va. Parham wrote for the CBS drama JAG and the Family Channel sitcom Big Brother Jake, and also served as the on-location writers’ assistant for the third season of Touched by an Angel. He has executive produced several award-winning student films, including Giving Her Away, Jaded, and Robbie Mullins.
Featured in TIME magazine and ranked as one of the nation’s best by U.S.News & World Report and The Princeton Review, Azusa Pacific is a comprehensive, Christian, evangelical university, committed to God First and known for excellence in higher education. Azusa Pacific’s main campus lies just 26 miles northeast of Los Angeles in the San Gabriel Valley, while its seven Southern California regional centers bring convenience and extend quality programming. The university offers more than 50 areas of undergraduate study, 23 master’s degrees, and 7 doctorates to a total student population of more than 8,100.