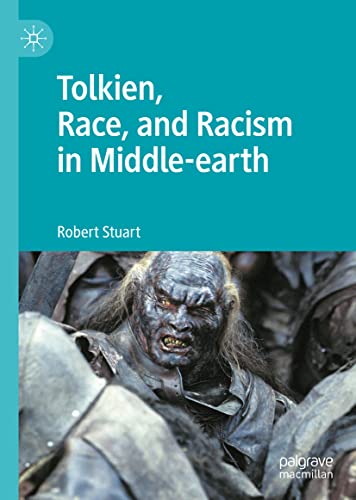 Tolkien, Race, and Racism in Middle-earth
£95.75
TolkienGuide is an Amazon.co.uk affiliate

11018
Mr. Underhill replied
Aug 4
How a Lord of the Rings and Dungeons & Dragons Crossover Almost Happened Condition: Book is in Near Fine condition, pages are clean and unmarked, binding is square and sound, bookplate to front pastedown which itself has a gold adhesive label covering the name (likely placed there by previous owner). Dust-jacket is in Very Good condition, two small closed tears and crease to lower back cover, very light edge wear, spine slightly sunned, mild rubbing; unclipped.
Finn and Hengest by J.R.R. Tolkienedited by Alan Bliss *1982 UK First Edition / 1st Printing* - Published by George Allen & Unwin; Great Britain For sale is the 1982 first edition/first printing of Finn and Hengest: The Fragment and the Episode by J.R.R. Tolkien, edited by Alan Bliss. Finn and Hengest are two Anglo-Saxon heroes that appear in the epic poem ‘Beowulf’ and the fragment ‘The Fight at Finnsburg’. Tolkien lectured on the medieval story of Finn and Hengest at Oxford from the 1920s into the 1960s. In his lectures, Tolkien argued that the Hengest of ‘The Fight at Finnsburg’ and Beowulf was an historical rather than a legendary figure and that these works record episodes from an orally composed and transmitted history of the Hengest named in the Anglo-Saxon Chronicle. This view has gained acceptance from a number of medieval historians and Anglo-Saxon scholars both since Tolkien's initial lectures and since the publication of this posthumous collection. In 1966 Tolkien offered to lend his lecture notes to Alan Bliss, who was writing on ‘Finn and Hengest’ at the time. The notes were in disarray when Tolkien died in 1973, and in 1979 they made their way to Bliss with the suggestion that he edit them for publication. The text of the book is mainly by Tolkien along with an introduction and other commentary, references, etc. by Bliss. It was first published in January, 1983 (printed in 1982) by George Allen & Unwin. For more collectible Tolkien books please see my other listings at: TolkienBooks See pictures and description for condition and please feel free to ask questions and/or request more pictures. I am happy to combine shipping costs, just be sure to let me know with a message before you complete your purchase. I make it a priority to ship as quickly as possible and always pack very carefully. Expedited shipping available upon request. All items come from a pet and smoke free environment. Thanks for looking! Tolkien Bibliographies U.S. Editions: www.TolkienBooks.USU.K. Editions: www.TolkienBooks.net
Submitted by: Stu