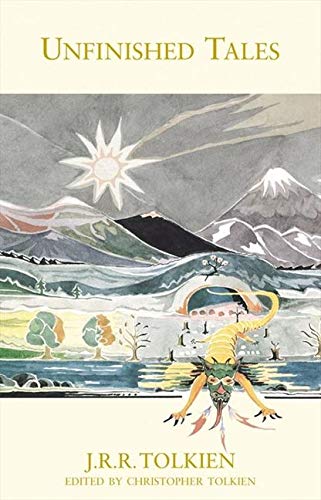 1157482
Mr. Underhill replied
1 hour ago
List of books published on or by artists inspired by Tolkien

Dec 16, 2012
2012/12/16 22:13:21 (GMT) Greenwich Mean Time, London, Dublin, Lisbon, Casablanca, Monrovia
I agree with you both. Bearing all this in mind, why on earth would you part with this kind of money, and hand it to someone who is still claiming that rubbish about Lin Carter, when Beren (& Deagol) himself thought this was a false claim back in 2008 (--without even having seen the postcard)? It needs to be far, far more professional than this.

Dec 16, 2012
2012/12/16 22:44:22 (GMT) Greenwich Mean Time, London, Dublin, Lisbon, Casablanca, Monrovia
I agree on most of the posts here! Thanks guys... I'm happy with criticism on the manner of selling, on all other items as well (I don't care about the garden decoration or woodridings sign - wished he did not sell those - I can't find any evidence for them being Tolkien's), but in my research I know this is the fireplace that Tolkien did commission and was made like this (this design) on his request. Any Adam Style fireplace in this condition and material is worth on the current market around 35 to 40K. Sticking the name Tolkien on it may indeed add some value... for example some books I own are worth around 3K, but since they are from Tolkien's personal library they sell easily at double their value.

If you want I have located many other pieces from the house (like chairs, tables, closets,... ) - and these can probably be bought as well at the right price. But they are in hands from people who knew Tolkien and lived close to him. Talking with them I know much that was and was not... it is fun to research stuff like this. Many speculations and many stories (some sound logic others take on fairy status). I don't want to discuss stuff like this, if I ever get round to finishing on studying the topic of the house I will tell all about it, but for now it is just a fun project.
Share

"In September 2007 the current owner sold of some of the Tolkien points from Woodridings. The sale had been announced in the newspaper and some were lucky to see the house from the inside and buy some of Tolkien's furniture."

Tolkien's furniture was not in the house in 2007. He'd moved 35 years previously!
Share

Dec 16, 2012
2012/12/16 23:51:10 (GMT) Greenwich Mean Time, London, Dublin, Lisbon, Casablanca, Monrovia
aha! and that is what I mean... I am not interested in the furniture either that was in the house after Tolkien left either! Since that is not interesting to study at all indeed. Anyways, enough about that. If you wish just talk about the fireplace or the hobbit movie // rest is of no use indeed.
Share

"If you want I have located many other pieces from the house (like chairs, tables, closets,... ) - and these can probably be bought as well at the right price."

Could you tell us more about these items? Please?
Share

Beren wrote:
I'm sad that since the fake signatures somehow everything is being questioned. This person was 100% certain commissioned to demolish Tolkien's house and 100% certainly is selling the fireplace that was ordered by Tolkien according to his own wishes. The seller has been in & out of Miramar hotel and there has been speaking with members of the Tolkien family. The offer was indeed made and so far not accepted (because I do have another buyer interested in the lot, but in talks). Why always is it needed to be so negative when it comes to large amounts?
Why doubt the provenance, while all items have been in and out the news before several times. Anyways, I'm going to stop posting on this thread for the time being.

Honestly, I think this stuff is utter crap. Do we want to preserve Tolkien's toilet paper dispenser, his toothbrush, his kettle or washing machine? I mean, it was owned by Tolkien, so it must be worth a bundle, right? And it is a real historical artifact with value to a scholar, surely. Er, no. Just because someone famous owned a thing it doesn't mean it has any intrinsic value beyond the basic value of the item had it been owned by the local nobody.

Now something Tolkien produced, that was a product of his intellect - yes, I think that has value. Something he purchased and installed in his house? Nope, that's just "stuff" and it is meaningless and IMHO worthless. Every time I see that fireplace advertised, it irks me, because it feels like exploitation of ill informed idiots. No offence intended, but that is how it feels to me.

When I saw that stuff advertised some time back, I felt a cynical line had been crossed.

It is an interesting book on book selling, and he was very much criticized on selling items like Tolkien's gown.
Share

I think provenance, is really all garm is getting at here.
(Beyond that, I'm sure he has no interest in Tolkien's furniture!

"The seller has been in & out of Miramar hotel and there has been speaking with members of the Tolkien family."