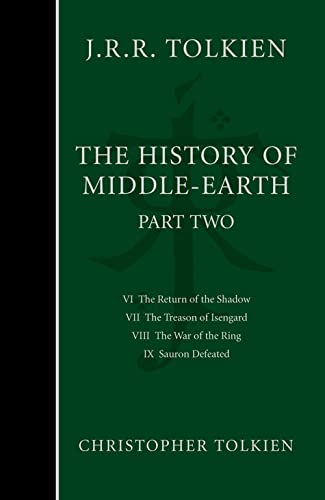 The Complete History of Middle-Earth: Part 2
£43.75
TolkienGuide is an Amazon.co.uk affiliate

‘The Rings of Power’ Showrunners Break Silence on Backlash, Sauron and Season 2

253228
remy replied
Yesterday
Do you have any Ballantine/DelRey edition of The Hobbit? Take this survey.

Jun 4, 2011
2011/6/4 23:28:13 (GMT) Greenwich Mean Time, London, Dublin, Lisbon, Casablanca, Monrovia
Anyone know where I could get hold of a copy of Boorman's LotRs script?; or if this has ever been seen for sale. I don't know much about the availability or o/w of film scripts, but thought I'd throw it out there. Just a copy I'm looking for.

Well... does anyone, anywhere know where you would get a copy of Boorman's script to read? Over the years I've read a lot of comment in regard to this script; but it's slightly puzzling, since I can find no evidence of anyone having actually read it.

Apr 28, 2013
2013/4/28 23:30:22 (GMT) Greenwich Mean Time, London, Dublin, Lisbon, Casablanca, Monrovia
There seem to be a couple floating around but not many for sale. You may try contacting people who have written articles quoting specific portions of the script or even try contacting Boormans publicist. Oddly enough, one sold at auction only 15 days after your original post. http://www.emovieposter.com/agallery/archiveitem/10848465.html
Share