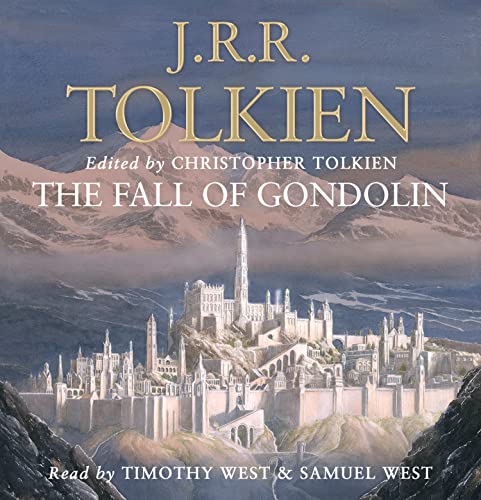 The Fall of Gondolin
$21.89
TolkienGuide is an Amazon.com affiliate

Press release • August 18, 2022 • 06:12
EMBRACER GROUP ENTERS INTO AGREEMENT TO ACQUIRE IP RIGHTS TO THE LORD OF THE RINGS AND THE HOBBIT LITERARY WORKS BY J.R.R TOLKIEN

Embracer Group AB (”Embracer”), through its wholly owned subsidiary Freemode[1], has entered into an agreement to acquire Middle-earth Enterprises, a division of The Saul Zaentz Company, which owns a vast intellectual property catalogue and worldwide rights to motion pictures, video games, board games, merchandising, theme parks and stage productions relating to the iconic fantasy literary works The Lord of the Rings trilogy and The Hobbit by J.R.R. Tolkien, as well as matching rights in other Middle-earth-related literary works authorized by the Tolkien Estate and HarperCollins, which have yet to be explored.

“I am truly excited to have The Lord of the Rings and The Hobbit, one of the world’s most epic fantasy franchises join the Embracer family, opening up more transmedia opportunities including synergies across our global group. I am thrilled to see what lies in the future for this IP with Freemode and Asmodee as a start within the group. Going forward, we also look forward to collaborating with both existing and new external licensees of our increasingly stronger IP portfolio,” says Lars Wingefors, Founder and Group CEO Embracer Group.

“We at the Zaentz Company have had the honor over the past half century of stewarding the Tolkien rights so that Lord of the Rings and Hobbit fans worldwide could enjoy award winning epic films, challenging video games, first rate theatre and merchandise of every variety. We could not be more thrilled that it is Embracer now taking up the responsibility and we are confident their group will take it to new heights and dimensions while maintaining homage to the spirit of these great literary works,“ says Marty Glick, COO of The Saul Zaentz Company.

Through its Middle-earth Enterprises division, The Saul Zaentz Company, inspired by a deep appreciation for the fictional world created by J.R.R. Tolkien, also has produced and licensed a wide variety of successful video games, board games, stage productions and merchandise based on The Lord of the Rings and The Hobbit for more than forty-five years.

Other opportunities include exploring additional movies based on iconic characters such as Gandalf, Aragorn, Gollum, Galadriel, Eowyn and other characters from the literary works of J.R.R. Tolkien, and continue to provide new opportunities for fans to explore this fictive world through merchandising and other experiences.

The acquisition of the rights is in line with Embracer’s IP-driven transmedia strategy. The Lord of the Rings and The Hobbit are among the world’s largest, most enduring iconic entertainment franchises and birthed the fantasy genre.

Middle-earth Enterprises will be a part of the newly founded operative group Embracer Freemode. The company will continue to operate independently under the existing Middle-earth Enterprises leadership team, working closely with Embracer Freemode management and other Embracer operative groups to foster opportunities, growth and synergies within the Group to continue to build and expand the great franchise.

Aug 18
2022/8/18 8:58:27 (GMT) Greenwich Mean Time, London, Dublin, Lisbon, Casablanca, Monrovia
These guys have been busy this year buying into all sorts of resources in the media indusry. They bought into Dark Horse Media earlier this year which is the only reason I know their name but looking at them further this appears all part of a strategy to build a franchise across many different mediums.

I wonder what this means for WB's current projects given how reactionary their new CEO is.
Share