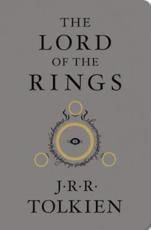 The Lord of the Rings Deluxe Edition
$40.00
TolkienGuide is a Blackwell's affiliate

152
onthetrail replied
May 24
The Art of Jay Johnstone, Part One

" I don't agree on your vision of the Tolkien's Estate purpose - they are the legal body who manage mainly the copyright of Tolkien. Which was asked so by J.R.R. Tolkien in his will. "

The sole purpose of copyright itself is to control "monetization" of the work under copyright. Such laws exist to ensure that the resource continues to be a viable source of revenue for the entity that holds the copyright. Do you believe that the copyright would have been allowed to expire and his work would have gone into the public domain if Tolkien had not expressly made requests in his will?? I hardly think so!

[Edit: Although I accept they might not be quite as evil as I portray - I do have somewhat of a negative view of the establishment and consider pretty much everyone and everything in the universe to be evil -- the posters on this forum excepted, of course!]

[Edit2: I suppose my two cats are not strictly speaking evil, but are certainly very, very, very naughty. Oh, and and my wife (who is a paediatric emergency doctor) might also not *technically* be evil, but again fairly pesky sometimes, especially after a night shift]

Nov 9, 2010
2010/11/9 8:43:41 (GMT) Greenwich Mean Time, London, Dublin, Lisbon, Casablanca, Monrovia
I understand what you write and indeed it is my experience that many literary estates act like that - but in case of the Tolkien Estate I don't know one author who actually had to "pay" the Estate to publish about Tolkien.
Do you think SO MANY books would have been published about the professor if all they were after was money? I believe it is mainly about trust, the good name of Tolkien and now already 4 generations that depend on it...

You also have to see that the copyright is there "possession" - and so if you want to do anything you will need to ask permission. Why is it logic so for people to ask permission to lend items, to enter archives, etc but think they can publish anything they like. It is not because I own many handwritten letters by J.R.R. Tolkien that I can just start publishing them... don't you see the logic?

Anyways, if you wish I can talk about some other literary estates and tell how they work and how they truly 'monetize' the copyright and then you will feel that the Tolkien Estate is very easy. All depends of course on how (and when) you approach them...
Share

Nov 9, 2010
2010/11/9 9:43:40 (GMT) Greenwich Mean Time, London, Dublin, Lisbon, Casablanca, Monrovia
"You also have to see that the copyright is there "possession" - and so if you want to do anything you will need to ask permission. Why is it logic so for people to ask permission to lend items, to enter archives, etc but think they can publish anything they like. It is not because I own many handwritten letters by J.R.R. Tolkien that I can just start publishing them... don't you see the logic?"

Of course anything written by Tolkien would naturally be the IP of his estate (although I believe this is not necessarily the case in all locales). Anyway, I'm not arguing that anyone should be able to publish anything that they like, and anything that is published needs to be demonstrably factual (and certainly not libelous, especially in the UK). Most books about Tolkien that would feature small extracts of his work for the purposes of criticism would be covered by the doctrine of fair use. There is really absolutely no requirement to have the authorisation of the estate to write a book about Tolkien, depending on the content. I'm sure plenty of books about Tolkien do not have any explicit approval. If the book uses material copyright of the estate, then that is another matter (again, subject to fair use).

However, where an author or estate is very powerful, challenging that something falls under the fair use doctrine is probably next to impossible.

Nov 9, 2010
2010/11/9 10:21:35 (GMT) Greenwich Mean Time, London, Dublin, Lisbon, Casablanca, Monrovia
OK... only thing I wanted to say is that with a positive attitude there is maybe still hope to get an agreement and get the book published. That would be very nice and is something we can only hope for!
Share

Nov 9, 2010
2010/11/9 21:17:41 (GMT) Greenwich Mean Time, London, Dublin, Lisbon, Casablanca, Monrovia
The last day or two has been "interesting" to say the least. I have seen a lot of opinions given on the situation. As one of the authors of the book I thought I should say a few words to, if nothing else, correct a few misunderstandings.

This is not the place to go into things in any great detail, but I can say that the Estate's lawyers Manches were contacted at an early stage of the project and several times as it progressed.

The book itself is often referred to as a biography of Hilary Tolkien, but its objective is/was to fill in the (very large) gaps in what is known of his life, to correct some incorrect information that is out there, to trace Hilary and Ronald's lives (together and apart) and to try to show that they (and the extended family) were very close – something you may not realize from reading the various biographies in print. Along the way we earthed all sorts of interesting bits and pieces, and tell more of family and friends that have hitherto been little more than names. As Stu quite correctly comments, this is not something that will be of interest to some/many Tolkien readers, but there is a small but passionate group that, like me, want to know about all things Tolkien – his life, his views and his influences.

We wanted to include various letters in the book, some from members of Ronald's family, or failing that to give some account of their contents to illustrate how close and loving the family was and what they talked to each other about. This has been the sticking point that it has not been possible to overcome thus far.

I should also point out that the Estate have not been demanding money for permissions or anything like that. They are not out to make money, merely to protect the copyrights, which are commercially sensitive. Their stance is that publication would reduce the value of the letters and consequently reduce the value of other Tolkien letters.

The madness of the situation is that every year we see letters published in part or in full in auction and sale catalogues. This is of course not restricted by copyright considerations as the items are for sale and it is considered fair dealing to show the buyer what they are paying out their hard earned money for.

The publication of the book had to be cancelled as there was not time to make further changes to the book and get it printed and bound in time for the launch. What happens in the future I really don’t know. Only time will tell.

Personally, I have had a lot of fun writing the book and have learned so much and worked out so many things that would never otherwise have occurred to me. Following Hilary through the First World War was especially moving. Just to sit and leaf through the letters and photographs was a huge thrill and a great privilege. I felt very much like a little boy let loose in a toy shop for the first time. I have got to know Hilary and Ronald and their family better than I ever would have if the book had never been started, and that is what really matters to me.
Share

It is difficult to judge the situation when you are not involved and don't know the complete content of the book and what is actually going on with the Estate. Without going to much into detail you have answered a lot of questions.

I'm happy to read that the project gave you good pleasure, still I believe it would have been much nicer for you to have the book published. Somehow I hope something miraculous will happen and somehow it will get the green light. There are, or so I believe, many people who would love to read the book. To learn Tolkien through the eyes of someone he was so close with is surely much more interesting then getting to learn him by reading letters in auction catalogues! Still that is probably the problem, or do I misunderstand?

Anyways, I believe you sound very positive still, even while you say you don't know what the future will bring,... I believe only by approaching it in a positive manner there will be found a way forward!
Share

It is a real shame, mostly I think for those that won't get to read the book, as I have had the privilege of reading the letters and spending hours pouring over all the papers.

Strangely I am not angry or outraged, as some seem to be judging by the response elsewhere, just disappointed that I don't get to share all the wonderful things with everybody.
Share

Nov 10, 2010
2010/11/10 5:12:02 (GMT) Greenwich Mean Time, London, Dublin, Lisbon, Casablanca, Monrovia
Thank you from me as well for posting more background and how you are feeling, Deagol. I really appreciate all the time and effort you have put into this book, and do still hold out hope that it will see the light of day at some point.
Share

Nov 16, 2010
2010/11/16 13:24:01 (GMT) Greenwich Mean Time, London, Dublin, Lisbon, Casablanca, Monrovia
As authors who have worked with the Tolkien Estate in producing books containing copyrighted material, and are known to contribute to Tolkien fan forums, we have been asked to forward the following official statement:

Statement of the Tolkien Estate - Wheelbarrows at Dawn

The J R R Tolkien Estate has been made aware of a statement by ADC Publications concerning its cancellation of its proposed publication Wheelbarrows at Dawn by Angela Gardner and Neil Holford.

ADC's statement suggests that the publication has been cancelled as a result of the Tolkien Estate's threats to take court action preventing the release of the book.

As this statement is highly misleading, the Tolkien Estate considers it important that the true facts be clarified for those concerned.

The book in question was presented by ADC as a biography of J R R Tolkien's brother Hilary. However, the publication included numerous personal letters from J R R Tolkien to his brother and from other family members that were reproduced virtually verbatim.

The copyright in these private, unpublished letters belongs to the Tolkien Estate. As the guardian of these rights and of the privacy of the Tolkien family, both of which it takes great care to protect, the Estate quite properly declined permission for the letters to be reproduced in this way.

However, the Estate made clear to ADC that it had no issue with the publication of the book providing the material in question - affecting only 20 pages out of a total of some 300 - was removed.

Although ADC's response was to agree to this, what it then did in practice was to paraphrase the letters, something that had been made clear from the outset would not resolve the issue.

Despite the Estate's devoting considerable resource to helping ADC, not least by suggesting specific editorial changes which would meet its concerns, ADC then announced the cancellation of the book.

Nov 16, 2010
2010/11/16 18:09:14 (GMT) Greenwich Mean Time, London, Dublin, Lisbon, Casablanca, Monrovia
I guess the rule of thumb is don't write a book with previously unpublished material until you have secured permission to use the material.
Share