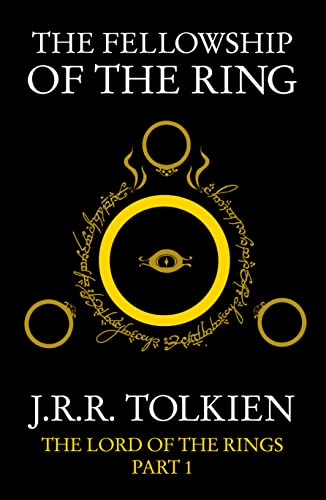 The Fellowship of the Ring: Book 1 (The Lord of the Rings)
£7.37
TolkienGuide is an Amazon.co.uk affiliate

Help with the Name of an Alan Lee work

50
Taivo replied
43 minutes ago
Post pictures of your Collection

919
Urulókë replied
17 hours ago
The most brilliant bookshops in the world: our readers’ picks 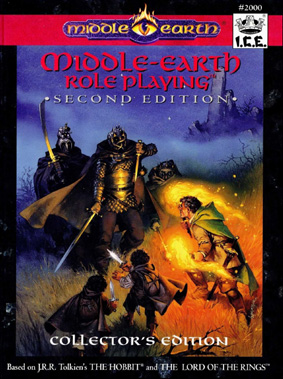 The Fantasy Role Playing Game set in J.R.R. Tolkien's World " Their eyes fell on him and pierced him, as they rushed towards him. Desperate, he drew his own sword and it seemed to him that it flickered red, as if it was a firebrand. Two of the figures halted. The third was taller than the others... In one hand, he held a long sword, and in the other a knife; both the knife and the hand that held it glowed with a pale light. He sprang forward and bore down on Frodo." - The Fellowship of the Ring. In a role playing game, you assume the role of a character in a "living novel. Middle-earth Role Playing (MERP) and its companion sourcebooks provide the structure and framework for role playing in the greatest fantasy setting of all time... J.R.R. Tolkien's Middle-earth. Middle-earth Role Playing is the next step up for those who have already experienced the thrill of ICE's introductory role playing game, the Lord of the Rings Adventure Game. It is also perfect for more experienced gamers who are looking for a realistic, easy-to-play fantasy role playing game. Middle-earth Role Playing, 2nd Edition includes: