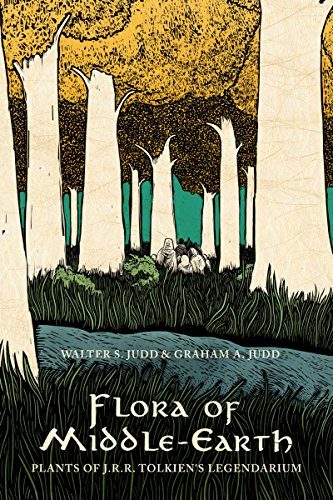 Flora of Middle-Earth: Plants of J.R.R. Tolkien's Legendarium
$14.62
TolkienGuide is an Amazon.com affiliate

395
Trotter replied
9 hours ago
Post pictures of your Collection

LORDS of Middle-earth Vol I: The Immortals 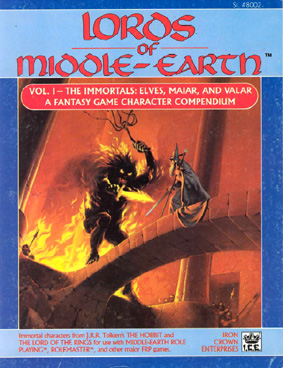 In a fantasy role playing game, you become a main character in a fantasy adventure you create. With this character compendium you can meet Middle-earth's most exciting figures! Call them forth to add drama and danger to your fantasy game. Match wits with Saruman the White... challenge the strength of the Balrog! Can you outride Glorfindel or withstand the presence of the Lord of the Rings? This volume describes the first beings to enter Tolkien's world: the Elves, Valar, and Maiar. Each race has a general history and a Character Glossary that alphabetically lists the major individuals. These immortals are described in terms of appearance, motivation, characteristics, and background. Game statistics for the MERP and Rolemaster game systems are included. These stats can be easily converted to most major FRP systems. Inside you'll find:
Last modified: 03/11/20 by Urulókë
Jump to Last