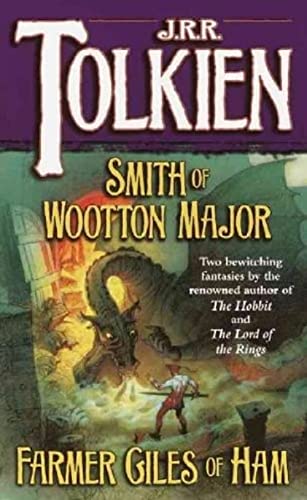 Smith of Wootton Major & Farmer Giles of Ham
£8.28
TolkienGuide is an Amazon.co.uk affiliate

510968
Trotter replied
8 hours ago
Do you have any Ballantine/DelRey edition of The Hobbit? Take this survey.

199
Urulókë posted
Yesterday
The Wonders of...

This is a first pass at assembling information on the calendars that were produced under license from New Line Cinema with images from the Peter Jackson movies. In the year listings, calendars appear on the page when they "start", so for example a 17 month calendar that covers August 2001 through December 2002 will be in the 2001 page. A calendar that was released in 2001, but only covers January 2002 through December 2002 will appear on the 2002 page.
Last modified: 02/03/07 by Urulókë
Jump to Last