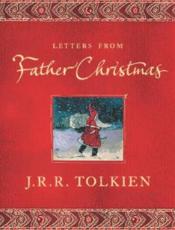 Letters from Father Christmas
$23.23
TolkienGuide is a Blackwell's affiliate

224
northman replied
3 hours ago
J.R.R. Tolkien's The Fall of Númenor

757
Stu replied
Dec 4
Is The Lord of the Rings now a never-ending franchise like Marvel and Star Wars?

"Forbidden from joining the Men of Rohan in battle, Éowyn takes on the armor of a young soldier and hides her feminine features beneath a sturdy helm. Thus disguised and armed with her bright sword, she rides to war in Gondor as a man of the cavalry of Rohan. Though raised a lady, Éowyn is no stranger to bearing arms and her skill with a blade is no less than her King's soldiers'. When all others are dead or gone, it is she who stands between him and the terrifying Witch-king of Angmar.

This 1/4 scale metal helm is an accurate miniature reproduction of the helm that Eowyn used to disguise herself in The Return of the King. Sculpted by WETA Workshop artist Philip Fickling, this helm is constructed from durable metal alloys, is hand cast and painted, and includes a polystone base for convenient display." (from Sideshow Collectibles)