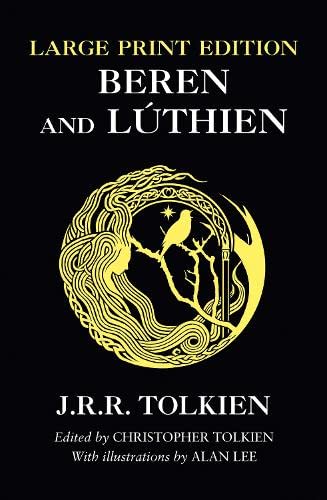 Beren and Luthien
$21.61
TolkienGuide is an Amazon.com affiliate

In search of the world’s most valuable books, letters and laws

"A huge and powerful beast, the Cave Troll joined the troop of Moria Orcs attacking the Fellowship of the Ring in the Mines of Moria. Though not abundantly intelligent, the Troll's great size, strength and tough hide made him a dangerous and ferocious adversary in battle. The troll nearly skewered the ringbearer, which would have brought and abrupt end to the Fellowship's quest, but the mithril coat hidden beneath Frodo's traveling clothes protected him from the troll's mighty spear thrust.

The Cave Troll is the second character in Sideshow Collectibles' line of Legendary Scale Lord of the Rings busts. The Cave Troll bust stands roughly 16 inches tall, complete with a Moria inspired display base and nameplate. Steve West's amazing Cave Troll sculpture captures the beast mid roar, angered by the elven arrows that have managed to pierce his thick skin. The Cave Troll bust is cast in high-quality polystone and fiberglass, hand finished and hand painted to exacting standards, expertly reproducing each wart, wrinkle, and bit of slobber. Each bust is securely packaged in a durable foam interior, ready to ship to you and intimidate your other Lord of the Rings collectibles with pure troll ferocity!" (from Sideshow Collectibles)


The Fellowship of the Ring