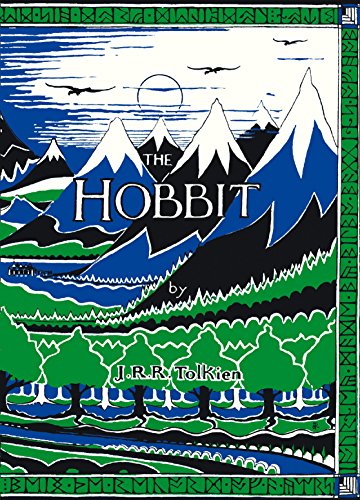 The Hobbit Facsimile First Edition
$27.41
TolkienGuide is an Amazon.com affiliate

"John Howe has been re-creating Tolkien's mythical world of Middle-earth since he was a young man, fresh out of college. In John Howe's own words, "Barad-dur's very foundations are anchored in the folly of Sauron; his wrath, embodied in battlement piled on battlement, his power, the mortar that holds stone to stone to impossible heights."

The original 'Barad-Dûr' watercolor has been masterfully reproduced as a fine art giclee, printed on archival paper. It includes the original signatures of the director Peter Jackson, two-time Academy Award winner, Richard Taylor and John Howe, celebrated conceptual designer / illustrator of Tolkien's world. Director Peter Jackson has also donated film stock from his personal collection. A special lighting mechanism is included which allows the filmstrip to be illuminated at the touch of a button.

The unique limited edition, hand signed giclee and The Lord of the Rings: The Two Towers film strip are displayed within a finely woven acid-free linen matte and finished with a museum quality carved frame. There is also a specially engraved brass plaque identifying the origin of the piece. The finished piece measures an impressive 29" W x 29" H and includes a certificate of authenticity."