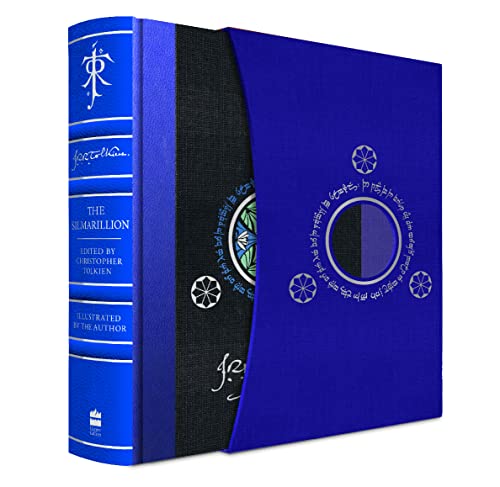 The Silmarillion
£93.75
TolkienGuide is an Amazon.co.uk affiliate

541049
Mr. Underhill replied
1 hour ago
The Silmarillion Illustrated by Tolkien

The Strange Magic of Susanna Clarke

Dec 7, 2006
2006/12/7 16:24:59 (GMT) Greenwich Mean Time, London, Dublin, Lisbon, Casablanca, Monrovia
I am enjoying reading Jonathan Strange & Mr Norell by Susanna Clarke in my copious spare time (I used to read a book a day, but in the last few years, with a toddler and multiple jobs, I'm down to a book a month or so). It is set in an alternative 1800's in England, when two men are bringing the lost magic of England back from the theory of books into practice again, and helping England against France in the war, amongst other things (such as parlour tricks showing visions in spilled wine as entertainment). On page 239 of the US hardcover edition, Mr. Norell explains to his pupil Jonathan Strange, how while it is possible to imbue some of a magicians power into an inanimate object, it is typically not a good idea - "and yet there is scarcely a magician in history who, having once committed some of his skill and power to a magic ring, did not somehow lose that ring and was put to a world of trouble to get it back again." A wonderful four page footnote goes on to give an example of just how bad an idea this could be. It is a wonderful tongue-in-cheek but still respectful nod to Tolkien. Tolkien at one point mentioned that he was trying to develop a "mythology for England" - I get the feeling that Susanna is trying to call out the magical "history of England" in her work - pointing out from ancient times to the near present (just a few hundred years ago) how there has been a special brand of magic in literature that is distinctly English. JS&MN is full of references to English books on magic (some real, some invented for the purpose of the story, and some quite self-referential). I, for one, would love to spend a day in Mr. Norell's library...
Share

Dec 8, 2006
2006/12/8 8:43:48 (GMT) Greenwich Mean Time, London, Dublin, Lisbon, Casablanca, Monrovia
I recommend also Ms Clarke's stories contained in "The Ladies of Grace Adieu", which are set in the same world as her first novel. On page 176 there's a footnote about the brugh (the ancestral common habitation of the fairy race): The truth is that the brugh was a hole [...] to paraphrase a writer of fanciful stories for children, this was not a confortable hole, it was not even a dry, bare sandy hole; it was a nasty, dirty, wet hole.
Share