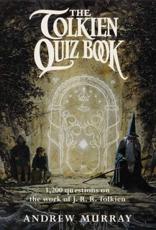 The Tolkien Quiz Book
$9.24
TolkienGuide is a Blackwell's affiliate

John Howe guests on Other Minds and Hands

4780
Trotter replied
Yesterday
The Wonders of...

1303146
remy replied
Yesterday
how much are these tokien books worth ?


2019/8/16 12:35:37 (GMT) Greenwich Mean Time, London, Dublin, Lisbon, Casablanca, Monrovia
Decided to move the videos to a separate post, to make it easier for people to see them all. Please add any more videos to this thread.

Tolkien scholar Christina Scull presents "'I met a lot of things on the way that astonished me': Natural Growth in Writing The Lord of the Rings" at Tolkien 2019, held in Birmingham during August 2019.

Writer Brian Sibley presents "The Hobbits and I: My Travels in Middle-earth" at Tolkien 2019, held in Birmingham during August 2019.

Alan Lee shares some of his illustrations at Tolkien 2019. Some new illustrations from The Hobbit are shown at the end of the video.

Panel discussion on The Lord of the Rings on Prime held during Tolkien 2019 in Birmingham. I think one of the people may be loosely involved with the site

Dimitra Fimi presents her paper "Tolkien, Folklore, and Foxes: a thoroughly vulpine talk in which there may be singing!" at Tolkien 2019 in Birmingham during August 2019.

The rules of Just a Minute

Ted Nasmith shares some of his illustrations at Tolkien 2019, held in Birmingham during August 2019.

Tom Shippey presents his paper "Heirs of Tolkien? The Major Contenders" at Tolkien 2019 in Birmingham during August 2019.

Wayne G. Hammond presents his paper "Tolkien and His Publishers" at Tolkien 2019, held in Birmingham during August 2019.

Tolkieniano The full video of the speech Tom Shippey gave in Birmingham for the presentation of my work, "Tolkien's Library".

Michael Flowers did a talk on Tolkien in East Yorkshire, which was not recorded at Tolkien2019, but the content was 85% the same as this previous talk, Michael has informed me

The Prancing Pony Podcast Facebook live interviews from Tolkien2019 - A day 1 visit with Marcel Aubron-Bülles (https://thetolkienist.com) and Luke Shelton (https://luke-shelton.com/tolkien-expe...) about the talks they'd be giving at Tolkien 2019.

The Prancing Pony Podcast Facebook from Tolkien2019 - chat with Ted Nasmith We visit with Ted Nasmith (https://www.tednasmith.com), gifted Tolkien artist, perhaps most well-known for his work on The Silmarillion.

The Prancing Pony Podcast Facebook from Tolkien2019 - sitting down with Andrew Higgins! We sit down with Dr. Andrew Higgins -- who was part of the very first interview episode we did back in episode 20. https://theprancingponypodcast.com/201 ... -fimi-and-andrew-higgins/

A video from http://www.henneth-annun.ru/index.php ... iz-birmingema-den-vtoroj/ of the People's Orchestra at Tolkien2019

This talk was originally presented at Tolkien 2019 in Birmingham, UK on 8th August 2019. Quite a few people who missed the talk or couldn't attend the event asked if we could make it available, including all audio samples, online. Happy to oblige we arranged for Paul to come into our studio to record this and now we make it available to you all.

Alan and Shawn reunite in person for a live recording from Tolkien 2019 in Birmingham, England! We interviewed several special guests at the conference, including returning guests (Marquette University archivist Bill Fliss, authors Dimitra Fimi and John Garth) and some first-timers: legendary artist Ted Nasmith, Richard Medrington — the man behind the one-man theatrical production of Leaf By Niggle — and dramatist Brian Sibley of the Lord of the Rings BBC radio play! Plus live questions from our panel audience, questionable wardrobe choices, and some other unquestionably good stuff!

Bestselling author John Garth’s new book, the true story behind the TolkienBiopic, speculating on LOTRonPrime – What are you waiting for?

Find out about John Garth's "The Worlds of J.R.R. Tolkien" in our exclusive interview and learn about the true story behind the Tolkien Biopic! Of course, we also speculate about Amazon's upcoming LOTRonPrime in this special podcast episode!

Ever wondered where Peter Jackson got the idea not to follow Tolkien's original narrative structure from? Want to know what Christopher "Saruman" Lee had to do with secret service? What the Lord of the Rings and Hobbit sets in New Zealand were like? Brian Sibley will answer all of your burning questions in this special interview episode of TolkCast!

(Trotter I have added this to the main list, thanks