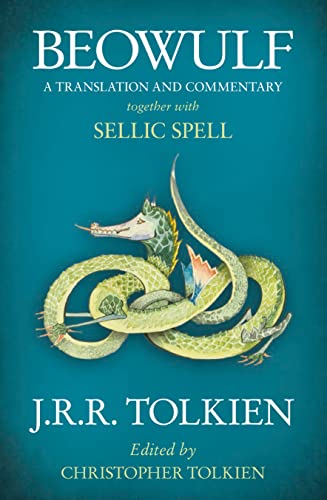 Beowulf: A Translation and Commentary, Together with Sellic Spell
£7.37
TolkienGuide is an Amazon.co.uk affiliate

Tolkien Reading Day 2022
-
Winner of the 2019 Tolkien Society award for Best Website
Books and other printed materials >> Help needed: checking paragraphs in different editions of The Hobbit
123
By Ugo Truffelli

Help needed: checking paragraphs in different editions of The Hobbit

2021/6/18 17:37:44 (GMT) Greenwich Mean Time, London, Dublin, Lisbon, Casablanca, Monrovia
During the last 6 months starting from a digital word by word comparison of A3h and the current 2001-text of The Hobbit, I built a pretty huge spreadsheet checking a list of almost 200 precise passages in different editions I own (books and e-books)* and in The History of The Hobbit.

The purpose is to find out errors and editorial choices worth discussing in the current 2011-text of the book (and its editions, for example there are many errors in the 2009 epub). There are a few of them. With this table I’m also able to say where a different version of the text could have crept in.

An example of a clear error is in § 01.092 «[...] the poor little hobbit could be seen kneeling on the hearth-rug, shaking like a jelly [...]». That word wasn’t hyphenated - hearthrug - in any edition (and neither in the “Pryftan Fragment” nor in the “Bladorthin Typescript”, see HH pp. 8 and 39) until the hardback third editions A3i (and A3m) and A3j [p. 25] where the word is hyphenated because it's broken in two lines hearth-¶rug (that word is broken also on the american A3g paperback, p. 29, but not on the british one A3h where as it’s in the middle of the line, it’s not hyphenated, see p.16). From the setting of the hardcover third editions, all the following editions, and the current 2001 text as well, carried wrongly the hyphenated word also in the middle of lines.

For completeness, I’m asking your help to check few of this point (even if not related to the current text) in editions I don’t own. It will be appreciated :D

A) 2 differences between 1st and 2nd edition: I need to check the 2nd, 3rd and 4th impressions.

B) Relevant editions I don’t own (yet)

This is a longer job: there are some editions I’d like to add to the table (for completeness) that might be relevant that I don’t currently own. If you have few hours to spare in the coming weeks I can give you all the material and instruction necessary to check the list on these editions:

[not a priority] A3b : american 1st hardcover edition flautist impressions to check if it’s exactly the same typeset as it should be, the bowing hobbit should be a photograph reproduction of the british editions.

This is interesting: so the upper-case s appeared not in the 2nd edn but in its 3rd impression (1955), the same impression where other changes occured (Hamm:22).
Share

This is interesting: so the upper-case s appeared not in the 2nd edn but in its 3rd impression (1955), the same impression where other changes occured (Hamm:22).

Jan 17
2022/1/17 16:42:01 (GMT) Greenwich Mean Time, London, Dublin, Lisbon, Casablanca, Monrovia
All of the corrections, except where stated all first appear in the 5th Impression 1951 as this was the first major resetting of the text.