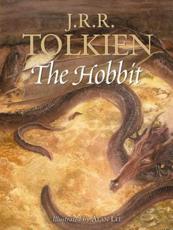 The Hobbit, or, There and Back Again
$28.26
TolkienGuide is a Blackwell's affiliate

-
Winner of the 2019 Tolkien Society award for Best Website
Collector's Marketplace >> JRRT wanted to burn his manuscripts?
By Olwe

JRRT wanted to burn his manuscripts?

Jul 5, 2021
2021/7/5 22:11:09 (GMT) Greenwich Mean Time, London, Dublin, Lisbon, Casablanca, Monrovia
Please accept my apologies if this has been talked about before on the forums but I have not found anything except a few letters by George Sayer as a topic - and yes, it is a local news piece but:

While George Sayer may not be a name that many have heard of, he is an incredibly important figure in the Tolkien world – without him, we might never have been able to enjoy the Lord of the Rings. He was a great friend of Tolkien’s and not only did he often host the great man but is credited with convincing a desolate Tolkien not to burn the Lord of the Rings manuscripts when he was struggling to find a publisher – needless to say, the world owes a great debt to George Sayer.

And yes, the whole 'recording Tolkien' thing is the connection I usually have when I hear the name George Sayer ...

I have yet to find a reliable source on Tolkien wanting to burn anything - except those pages of the Book of Mazarbul, of course

Source: An Unexpected Journey: ‘The Hobbit’ Comes to Auction
Share

Jul 5, 2021
2021/7/5 22:19:18 (GMT) Greenwich Mean Time, London, Dublin, Lisbon, Casablanca, Monrovia
Sounds to me like someone has conflated Walter Hooper with George Sayer, and appropriated the former's story about rescuing Lewis's papers from a bonfire.
Share

Sounds to me like someone has conflated Walter Hooper with George Sayer, and appropriated the former's story about rescuing Lewis's papers from a bonfire.

That sounds fairly plausible. Walter Hooper was a controversial character, and I don't really believe in the manuscripts being saved from the fire story, though I doubt we will ever know the truth of that tale).
Share

Jul 6, 2021
2021/7/6 1:56:16 (GMT) Greenwich Mean Time, London, Dublin, Lisbon, Casablanca, Monrovia
The Sayer story could have been conflated with Hooper’s, or the seller might have made an imaginative leap from Sayer’s memory that Tolkien was depressed at not being able to publish The Lord of the Rings to the idea that he wanted to burn the manuscripts, which Sayer never said. In fact, Sayer's recollection of Tolkien’s "depression", and his claim to have caused The Lord of the Rings to be published by suggesting in August 1952 that Tolkien take it to Rayner Unwin, were false memories. Tolkien had been in touch with Rayner about The Lord of the Rings since November 1951, and when Sayer invited Tolkien to stay with him the next summer, Tolkien told him that Allen & Unwin were now clamoring to reconsider The Lord of the Rings. He was concerned to retrieve a typescript of the work from Sayer, to whom he had lent it, but was no longer worried about its publication, and certainly was not thinking of destroying it. When Sayer wrote of Tolkien’s August 1952 visit in the liner notes to the Caedmon Tolkien recordings of 1975 and in his address to the Tolkien Centenary Conference in 1992, he seems not to have reviewed letters Tolkien had sent him in 1952 and which still existed. We read them at Christie’s London when they came up for sale, and knew at once that Sayer’s account was wrong. The auctioneer’s description adds error to error.

This is the auction that was mentioned in the article https://live.adampartridge.co.uk/m/lot ... %3Dtolkien%26xclosed%3Dno

Don't think we discussed this item prior to the auction. 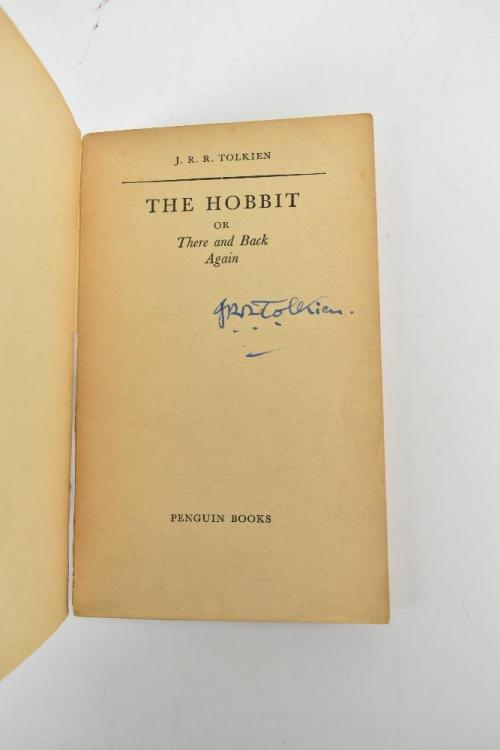