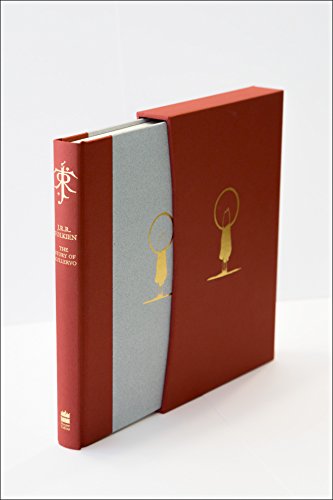 The Story of Kullervo
£34.74
TolkienGuide is an Amazon.co.uk affiliate

4778
Trotter replied
Yesterday
The Wonders of...

1303131
remy replied
Yesterday
how much are these tokien books worth ?

Martin was speaking exclusively to The Independent at the inaugural Santa Fe Literary Festival, which is taking place this weekend in the New Mexico capital, ahead of his talk at the festival on Sunday morning (22 May).

House of the Dragon is based on Martin’s 2018 novel Fire & Blood, and will tell the story of the Targaryen civil war which took place around 300 years before the events of Game of Thrones. It is set to premiere on HBO on 21 August.

“It’s kind of a weird deal, as you know. Amazon bought Tolkien, but they didn’t actually get any of the books,” said Martin. “They didn’t get Lord of the Rings, they didn’t get The Hobbit, they didn’t even get The Silmarillion. I don’t think they got Farmer Giles of Ham or Leaf by Niggle, but they got the appendices, I guess, and they’re constructing a Second Age story about that. There’s a lot of myth about that, so it’ll be interesting to see what they did.”

Commenting on the supposed rivalry between the two shows, Martin said he hoped both shows could be a success to prove the demand for more than one epic fantasy. “I know a lot of articles, the minute the dates were announced, it’s: ‘Oh, the battle for fantasy supremacy. It’s Rings of Power versus House of Dragon, who will win?’ I don’t know why they always have to do that.”

He added: “I hope both shows succeed. I’m competitive enough. I hope we succeed more. If they win six Emmys, and I hope they do, I hope we win seven. But nonetheless, it’s good for fantasy. I love fantasy. I love science fiction. I want more shows on television.”

He did not mention Unfinished Tales which is the book I think they did get the rights for.
Share

If by succeed he means, both shows gain massive audiences and become part of the pop culture zeitgeist while they are running. Then yes, both shows will succeed I think...
Share