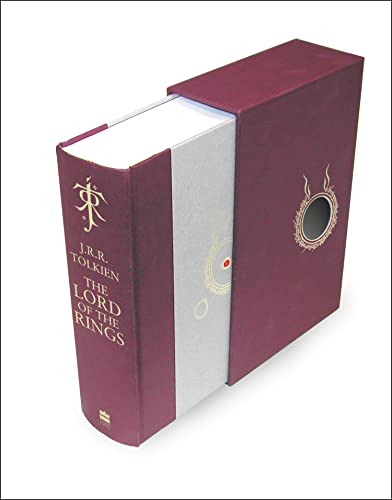 The Lord of the Rings
$99.34
TolkienGuide is an Amazon.com affiliate

Getty Museum to Open The Fantasy of the Middle Ages

Los Angeles – From fairytales to theme parks and Harry Potter to Game of Thrones, the Middle Ages have been mythologized, dramatized, and re-envisioned time and again, proving an irresistible point of inspiration for creative reinterpretations. The stories and images of vibrant illuminated manuscripts have informed countless genres – of which fantasy is one of the most prevalent and revealing.

Spanning two galleries and divided into five sections, The Fantasy of the Middle Ages (on view at the Getty Center from June 21 – September 11, 2022) looks closely at medieval inspiration in the storytelling and art of many creators, including the Brothers Grimm, J.R.R. Tolkien, Howard Pyle, Arthur Rackham, and Disney Studio artists.

“Drawn from the Getty Museum’s singular collection of medieval manuscripts, together with select objects from later centuries, this exhibition examines how works of fantasy blend historical source material with legendary or magical elements in the creation of characters, creatures, and cultures that have captured readers’ imaginations for centuries,” says Timothy Potts, Maria Hummer-Tuttle and Robert Tuttle Director of the Getty Museum. “We are fortunate to have a rich and diverse collection of manuscripts – and a group of highly creative curators – that allows us to explore this and many other themes through constantly rotating exhibitions.”

“The Middle Ages continually inspire revivalist versions of art, literature, photography, film, immersive reenactments, video games, and much more. This exhibition will capture some of the magic that this period evokes, while also exploring themes of gender, sexuality, race, and religion in both medieval and modern fantasy,” says Bryan C. Keene, assistant professor of art history at Riverside City College and former associate curator of manuscripts at Getty.

The exhibition’s first section, The Medieval Imagination, concentrates on the close relationship between history and fantasy in the Middle Ages. Medieval works provided inspiration for centuries of reinterpretations of their costumes, settings, and architecture.

A Magical Middle Ages looks at the emergence of fairies, goblins, wizards, and more in the revival of “once upon a time" folktales, lore, and handcrafts, and includes magic wands alongside prints and books that reimagine witches, dragons, and other magical creatures as part of the Middle Ages.

King Arthur and Camelot highlights one of the most beloved and retold medieval stories – featuring Queen Guinevere, the wizard Merlin, and the knights of the Round Table – by pairing an illuminated manuscript with prints, photographs, and books related to historical re-imaginings of this legendary figure and his court. Staging the Middle Ages explores the chivalric drama of medieval tournaments and pageants during the postmedieval period, including Andy Warhol’s pop-up castle and costume studies for Hollywood films.

Finally, The Middle Ages on Location brings the settings of the Middle Ages into view, from castles to cathedrals, forests, and faraway lands, as they are presented in movies and video games—all recognizable places included in medieval-inspired films and television, as well as familiar scene-setting concept art for Disney’s Sleeping Beauty and the prop book from The Sword in the Stone.

The Middle Ages live on in myriad ways in popular culture and as collectible items. A display of objects from the personal collections of Getty staff connects the themes of the exhibition and shows the endurance of fantasies of the Middle Ages today. Expect to find miniatures from Dungeons & Dragons, the whimsical artwork of Magic: The Gathering cards, game cartridges for The Legend of Zelda, Halloween costumes, Lord of the Rings ephemera, Barbie royalty, and much more.

“This exhibition pulls back the curtain on some of the original scenes that have moved artists and storytellers for centuries,” says Larisa Grollemond, Assistant Curator of Manuscripts of the J. Paul Getty Museum. “Our hope is that visitors relish drawing connections between the illuminated manuscripts and the works they inspired.”

This exhibition is accompanied by a publication, The Fantasy of the Middle Ages: An Epic Journey through Fantasy Medieval Worlds, and an audio tour.