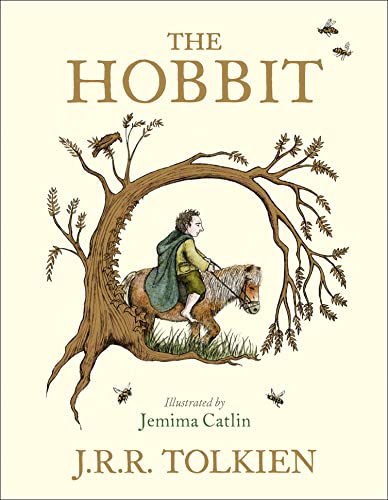 The Colour Illustrated Hobbit
$20.95
TolkienGuide is an Amazon.com affiliate

Philippa Boyens on The War of the Rohirrim

111958
Trotter replied
1 hour ago
The Rings of Power Exclusive: Everything You Need to Know About Celebrimbor

I will change topic subject to more precise when I will know the answer.

I would like to buy this edition but I can't find which edition is 1st/1st? Can you post here the photo or explain me how to check this? Is there inside standard numberline? There are on ebay a lot of copies but I have never seen seller who wrote in description that is 1st/1st.

Thank you in advance! 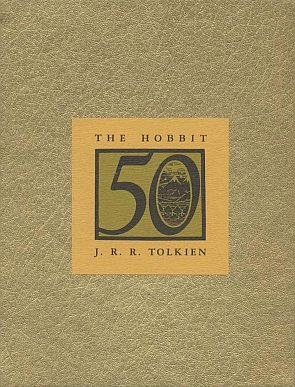 Aug 13, 2008
2008/8/13 4:12:41 (GMT) Greenwich Mean Time, London, Dublin, Lisbon, Casablanca, Monrovia
For the trade edition, there appears to be no printing indication (only one print run) of 15,000 copies, according to Hammond/Anderson - A3aa, pp. 62-63. You should be careful not to get a book-club edition, which has the blind-stamp (a small square indentation) on the back (lower) cover, near the spine at the bottom. I can dig up an image of one of these if you need further clarification. Besides some slight differences in the gold tone of the faux-leather, there are no other differences between the trade and book club editions.

This is the same text edition as the green Collector's edition from 1973 (and still in print today) with a slightly updated forward as of 1987, and gold faux-leather instead of green.
Share

"I can dig up an image of one of these if you need further clarification."

That would be great. It will be easy to show the seller this image for comparision to the item instead writing explanation.
Share

Aug 24, 2008
2008/8/24 6:03:01 (GMT) Greenwich Mean Time, London, Dublin, Lisbon, Casablanca, Monrovia
Here is an image for you of the lower (rear) board of a book club version of this book. Note that I have seen some where the blind-stamp is not colored, it is just an indentation in the gold faux leather, but this is a good example that really makes it stand out. Note that the spine is on the right in this photo. 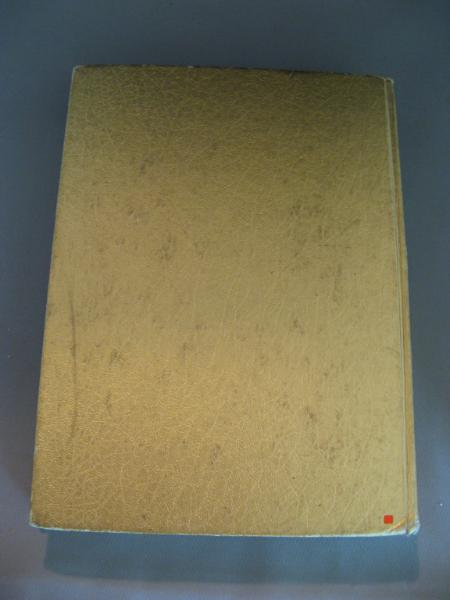 Aug 29, 2008
2008/8/29 11:24:40 (GMT) Greenwich Mean Time, London, Dublin, Lisbon, Casablanca, Monrovia
For the sake of completeness, I should add that Tolkien Collector 13 included the following addendum to my note in the Bibliography:

Christina and I own two variants of the hardcover book club version of A3aa. The sheets of these are distinguished from each other only by the copyright page. I use the following numbers for reference only, as I can find no evidence for priority of one over the other. In variant (1), p. [iv] reads: ‘Copyright © 1966 by J.R.R. Tolkien | [notice of restrictions under copyright] | [rule] | BOMC offers recordings and compact discs, cassettes | and records. For information and catalog write to | BOMR, Camp Hill, PA 17012. | Library of Congress Catalog Card Number: 73-8769 | ISBN: 0-395-17711-1 | Printed in the United States of America’. In variant (2), the text of p. [iv] is identical to that in (1), except that the rule and the lines ‘BOMC offers . . . 17012.’ are not present and there is no gap in the rest of the text to show that any lines have been omitted.

The ‘gold imitation leather’ in which the two trade copies are bound is textured like a heavy morocco: this has tended to make the red and green stamping somewhat rough. The two book club variants, on the other hand, are bound identically in a ‘brighter gold leatherette’, a term I seem to have chosen to suggest a more cheaply made covering -- which it is, but it is also smoother, and that has allowed cleaner stamping. The edges of the sheets are not mottled green; instead, the top edge is stained orange and the fore- and bottom edges are unstained; all edges are trimmed. Each variant has yellow/green headbands, and a slipcase with a printed label, like the trade version, except that the slipcase is covered with the brighter, smoother gold imitation leather. Each lower cover has a small square stamped in blind in the lower right corner: on variant (1) the square is 3 mm, and on variant (2) it is 4 mm.

Christina and I have seen a third binding variant, with a square stamped in red on the lower cover; but I do not have this in hand, and cannot give further details about the binding or the sheets.