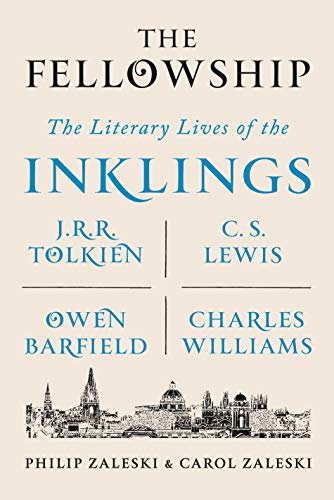 648827
Trotter replied
Yesterday
The Wonders of...

1157560
Mr. Underhill replied
Yesterday
List of books published on or by artists inspired by Tolkien


today was supposed to be THE big day I was to receive the long expected birthday calendar.
I had talked with the owner of the printing plant several times during the past three weeks, being reassured that everything was in good order and there would be no problems delivering my calendar today.
On Tuesday I tried to check on the progress. The phones were off. Not operating. I had been told that they had just moved the business to a new location, so I first figured that they had installed some excellent new telephone connection that hardly ever works. Newspapers here are full with it. Today I managed to talk to the publisher of the Dutch Purefantasy magazine who also worked with the same printer and was informed that that business had gone bankrupt.
...
very small chance the owner would have found a way to carry under a different name. Not impossible, just very unlikely ...
No idea why he has repeatedly given me falso hope.

I really have no idea what to do next. Delivering anything before Christmas now seems impossible.
There always is a spark of hope. I know I am dreaming and can´t rely on any lucky coincidences ...

Anyway - hope you enjoy the calendar site as long as I can bear to keep it online:
http://www.henj.nl/Calendar/birthday.htm


You can see the illustrations via that link. I am hoping that this is a setback in time only. That is, I hope that Henning will still issue the calendar even if it is after the holidays or in the new year. I am certain that we all wish him luck (and success).

Who is Warrior of Rohan? I have not seen this user name before but you obviously know me!

Holiday Greetings to all.

Dec 28, 2006
2006/12/28 1:13:26 (GMT) Greenwich Mean Time, London, Dublin, Lisbon, Casablanca, Monrovia
The seller did confirm that (s)he would ship to the USA, and I did put a bid in on it (for the minimum). I have since heard from Firiel Tindomerel of Eldalie that he has both the 2006 and 2007 Eldalie calendars and will send them to me tomorrow. How good is that news?!? So I will tell my fellow collectors over here about this auction and let one of them pick it up (if they so desire).

Thanks to all for the support I have received during 2006. I feel guilty about my good fortune to have had as much in my quest to make my collection truly compleat!

With my best wishes for an absolutely great 2007,

I have reformatted my Tolkien calendar website in an attempt to make it much less cluttered and easier to use. As imitation is the sincerest form of flattery, I have considered how the TCG site is laid out (Thanks, Jeremy!) In addition, there are many new additions (2007 calendars and several new discoveries) and a new Calendar of the Month featured for January. Hope you all enjoy (and use) it!

Hope your January is going well.

Added society listings for the Tolkien's Ring and Shire Post groups to the website this weekend. Even small societies can issue calendars if they are active and motivated!

Ordered a new one from Tolkien's Ring, and I hope to add a rather rare one to the list soon.

As always, I very much appreciate the support of the many people (here, these societies, fellow collectors) that has taken my personal quest to where it is today!

Feb 1, 2007
2007/2/1 0:50:05 (GMT) Greenwich Mean Time, London, Dublin, Lisbon, Casablanca, Monrovia
Things are pretty quiet on these boards. Must be the winter doldrums have set in. A quick post to liven things up a bit. Added some calendars in January and issued the Calendar of the Month for February. It's a little known gem. Hope you enjoy it!

Hope all is well out there.

Feb 5, 2007
2007/2/5 8:20:22 (GMT) Greenwich Mean Time, London, Dublin, Lisbon, Casablanca, Monrovia
I'm trying to get my new house ready to move and have a full time job and a family with 4 kids... not a lot of time left to actually do a lot. I also think it is very silent all over. On ebay i just saw a 1st / 1st fellowship sell for 100 GBP; that is a nice indicator. Interest and activity in the field of Tolkien has slowed down a lot. Think winter is the reason...
Share

Feb 5, 2007
2007/2/5 21:39:15 (GMT) Greenwich Mean Time, London, Dublin, Lisbon, Casablanca, Monrovia
I've had the same issue with eBay - I get dozens of emails a day from them (auto notifications for new listings of various types) and recently deleted many hundreds of them as out of date and unread. Just too busy with other things, recently.
Share