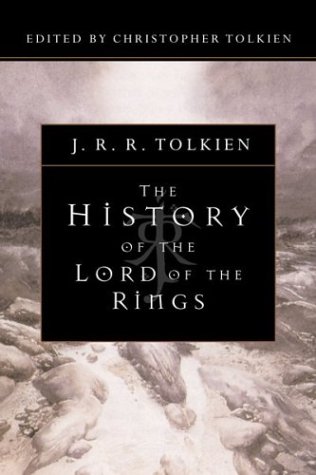 The History of the Lord of the Rings: The End of the Third Age/the War of the Ring/the Treason of Isengard/the Return of the Shadow
£33.67
TolkienGuide is an Amazon.co.uk affiliate

759587
Mr. Underhill replied
May 17
Welcome to the Rings of Power discussion forum!

Dec 3, 2007
2007/12/3 20:22:11 (GMT) Greenwich Mean Time, London, Dublin, Lisbon, Casablanca, Monrovia
I have not seen a letter like this before from Tolkien to his secretary Joy Hill, but is interesting to see what he thought of some of his 'fans', I think the 'drugged' reference is very telling.


TOLKIEN, John Ronald Ruel (1892-1973). A 2pp. holograph letter, written in the third person and sent to his assistant Joy Hill, presumably for her to type and send on, being a response to a letter received from a devoted fan, with a 1p. note of commentary for Ms Hill.
Headington, Oxford, [no date but probably late 1960s]. Together, 3pp. on 2ll. with a printed letterhead, small 8vo (sheet size: 7 x 5 1/2 inches; 178 x136 mm.) [With:] the original letter sent from the fan, Michael Blashka, to Tolkien. East Northport, Long Island, New York, [no date but probably late 1960s]. 4pp. on 4ll, 4to (sheet size roughly: 11 x 8 1/2 inches; 277 x 217 mm.) Blashka apparently writes as interpreter for King Ephedolos, and includes a map of the new kingdom of Eruidor, the King's message in a runic alphabet, with a supplied translation into English. an excellent Tolkien hand-written 2-page reply to "king ephedolod", thanking him for "expressing approval of the historical books so far issued", with the fan's original letter. Altogether, a splendid example of Tolkien's appreciation of a fan trying to entice him into a response (his reluctance to correspond directly with people he did not know is well established). The author of Lord of the Rings regrets not having a publication date available for The Silmarillion nor has he any "clear knowledge of the fate of Frodo or others" who crossed the sea. In the accompanying note to Joy Hill he describes the letter to which he is replying as "A 'cracked' letter. No need, of course, to reply, though (I am afraid) this kind of thing amuses me, since I may be considered rather cracked myself for similar ways). The writer is simple-minded but intelligent; and has at any rate tackled the difficult Angerthas with tolerable success. 'Playing the game' with readers of this sort (if not too time-wasting) is perhaps worthwhile, if only as a means of keeping interest in the L.R. alive among the less fantastical (or drugged) young folk ...".
Share

Dec 3, 2007
2007/12/3 23:41:06 (GMT) Greenwich Mean Time, London, Dublin, Lisbon, Casablanca, Monrovia
That is an interesting letter. I wonder if there is a file somewhere of all of the letters Tolkien didn't respond to... most were probably tossed without a second thought I am guessing.


Now, could someone please tell the publishers, auction houses, and other sellers to spread out their lots a bit? This December has been ridiculous for the amount of high-priced items that I am interested in...
Share

Apr 22, 2012
2012/4/22 17:11:01 (GMT) Greenwich Mean Time, London, Dublin, Lisbon, Casablanca, Monrovia
My brother in Charlotte, NC, US, is a computer geek. Every so often he "googles" my name to see what pops up. Long story short: his latest search has resulted in my posting the following information to this thread:

I am Michael Blashka. In the mid- to late-1960s I attended John H. Glenn High School (9th through 12 years of schooling if this post is going outside of the US) in East Northport, Long Island, NY. Those were the years in which I read "There and Back Again" and the trilogy for the first time (and probably second and third times, as well).

Although I have no recollection of writing the letter to Tolkien referred to by Trotter and Urulókë -- a letter I was not smart enough to copy --, it certainly seems like something I would have done as I was totally absorbed by the history, prior ages and mythos of Middle Earth at that age.

I recognize that the purpose of this website is to experience Tolkien's artifacts and thought processes, but I must say that I'm both amused and a bit irritated by his reply to my letter. (By the way, I never did receive anything from Ms. Hill.) Regardless of my imagining of "King Ephedelos" and the new kingdom of "Eruidor", I certainly was not cracked/drugged at that age.

In any case, this whole episode brings back both memories of good times more than forty years ago as well as pangs of regret for lost innocence.

And if anybody out there knows where I can get a copy of my original letter (I certainly can't afford the auction price for Tolkien's reply) I'd appreciate hearing from you.