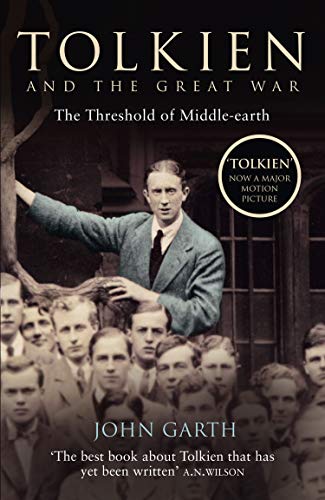 Tolkien and the Great War
$16.17
TolkienGuide is an Amazon.com affiliate

96
Trotter posted
Yesterday
Meet High King Gil-galad from The Lord of the Rings: The Rings of Power 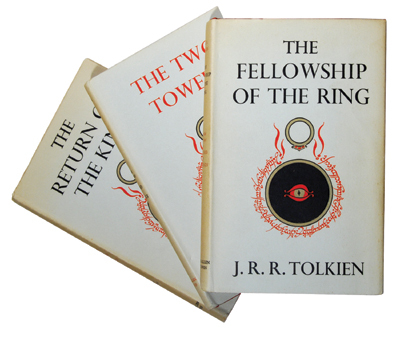 158. Tolkien (J.R.R.) The Lord of the Rings, 3 vol., comprising The Fellowship of the Ring, 1954; The Two Towers, 1954; The Return of the King, second state with sagging text on p.49, 1955, first editions, first impressions , maps, each vol. with bookseller’s small sticker to foot of front pastedown, original cloth, very slightly cocked, dust-jackets, small tear with loss to foot of spine of The Return of the King, light minor marking to The Fellowship of the Ring, otherwise an excellent bright set , 8vo.
est. £10000 – £15000
Sold for £11000 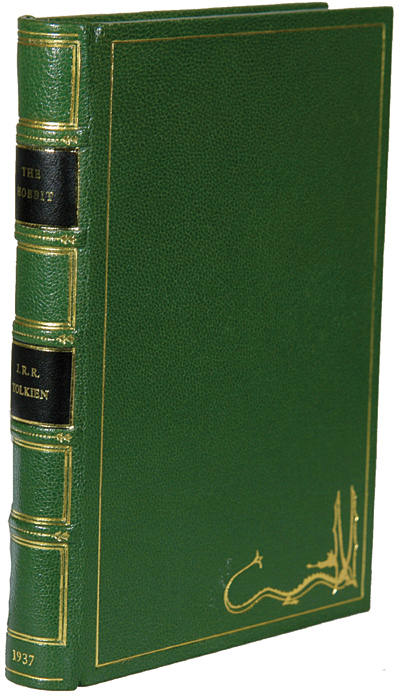 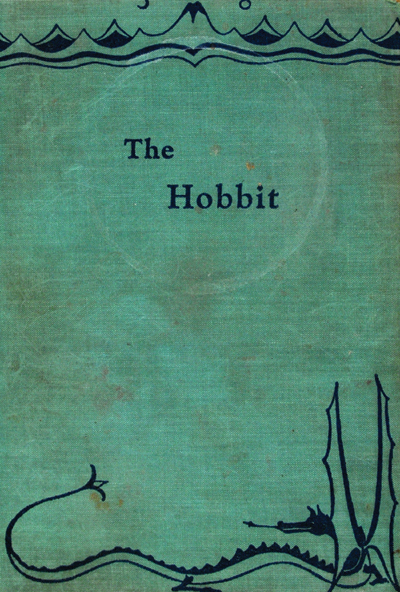 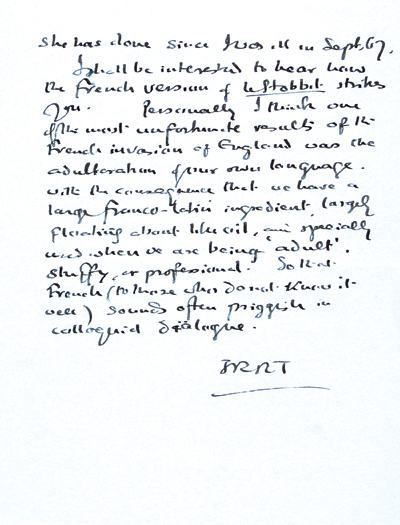 395. Tolkien (J.R.R., author and philologist, 1892-1973) Autograph Letter signed to “JRRT” to ?Amy Ronald, 2pp., 8vo, n.p., 20th March 1969, discussing a misunderstanding, recent health issues (his wife’s and Amy Ronald’s). and discussing a translation of The Hobbit, “I shall be interested to hear how the French version of Le Hobbit strikes you. Personally I think one of the most unfortunate results of the French invasion of England was the adulteration of our own language. With the consequence that we have a large Franco-Latin ingredient, largely floating about like oil, and specially used when we are being ‘adult’ stuffy or professional. So that French (to those who don’t know it well) sounds often priggish in colloquial dialogue”, fold, in a modern slipcase.
est. £1000 – £1500
Sold for £1500