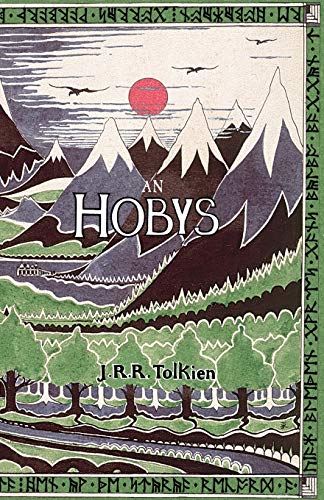 An Hobys, pò, An Fordh Dy ha Tre Arta: The Hobbit in Cornish
£17.95
TolkienGuide is an Amazon.co.uk affiliate

125
onthetrail replied
9 hours ago
The Art of Jay Johnstone, Part One 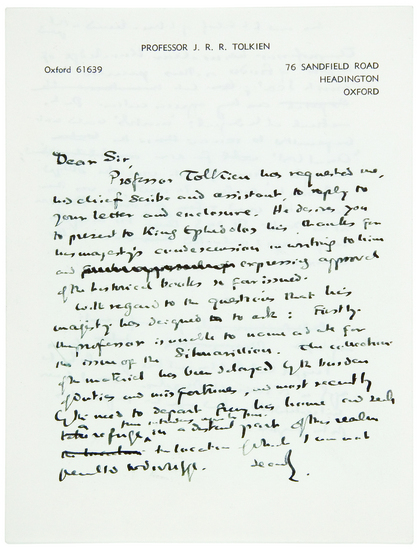 [With:] the original letter sent from the fan, Michael Blashka, to Tolkein . East Northport, Long Island, New York, [no date but probably late 1960s]. 4pp. on 4ll, 4to (sheet size roughly: 11 x 8 1/2 inches; 277 x 217 mm.) Blashka apparently writes as interpreter for King Ephedolos, and includes a map of the new kingdom of Eruidor, the King's message in a runic alphabet, with a supplied translation into English.

An excellent Tolkien hand-written 2-page reply to “King Ephedolos”, thanking him for “expressing approval of the historical books so far issued” , with the fan's original letter. Altogether, a splendid example of Tolkien's appreciation of a fan trying to entice him into a response (his reluctance to correspond directly with people he did not know is well established). The author of Lord of the Rings regrets not having a publication date available for The Silmarillion nor has he any "clear knowledge of the fate of Frodo or others" who crossed the sea. In the accompanying note to Joy Hill he describes the letter to which he is replying as "A 'cracked' letter. No need, of course, to reply, though (I am afraid) this kind of thing amuses me, since I may be considered rather cracked myself for similar ways). The writer is simple-minded but intelligent; and has at any rate tackled the difficult Angerthas with tolerable success. 'Playing the game' with readers of this sort (if not too time-wasting) is perhaps worthwhile, if only as a means of keeping interest in the L.R. alive among the less fantastical (or drugged) young folk ...".
est. $6000 – £9000
Unsold