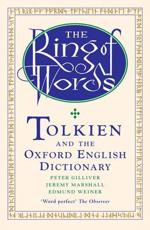 The Ring of Words
$21.50
TolkienGuide is a Blackwell's affiliate 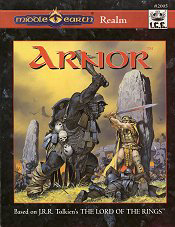 Arnor INCLUDES: In the year 861 of the Third Age, Arnor was sundered. The death of the tenth and last Arnorian king, Eärendur, left the North Kingdom's loyalties split among Eärendur's three surviving sons. Amlaith of Fornost, the eldest of the three and thus the Prince most deserving of inheriting his father's full domain, won the Sceptre of Annúminas but in the process lost half of Arnor's territory and much of her power. His brothers staked claim to the eastern and southern lands and successfully countered his attempts to reunify the realm. Thus the North Kingdom split into three independent, neighboring but lesser states: Arthedain, Cardolan, and Rhudaur. This realm module details the three sister kingdoms and their relations with one another. Much of the material covering Arthedain and Cardolan was previously available in Rangers of the North and The Lost Realm of Cardolan. The information on Rhudaur, together with more extensive lore concerning the inhabitants of sundered Arnor, has never appeared in previous modules.
Last modified: 03/11/20 by Urulókë