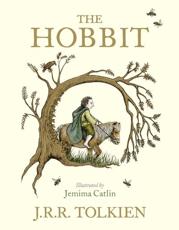 The Hobbit, or, There and Back Again
$18.44
TolkienGuide is a Blackwell's affiliate

450
Trotter replied
Yesterday
The Lord of the Rings: The Rings of Power Introduces Pharazôn of Numenor (Exclusive) 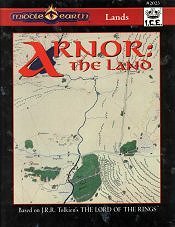 "Elendil was cast up by the waves in the land of Lindon, and he was befriended by Gil-galad [High King of the Noldor]. Thence he passed up the River Lhûn, and beyond Ered Luin he established his realm [of Arnor], and his people dwelt in many places in Eriador about the courses of the Lhûn and the Baranduin; but his chief city was at Annúminas beside the water of Lake Nenuial. At Fornost upon the North Downs also the Númenóreans dwelt, and in Cardolan, and in the hills of Rhudaur; and towers they raised upon Emyn Beraid and upon Amon Sûl; and there remain many barrows and ruined works in those places, but the towers of Emyn Beraid still look towards the sea." - The Silmarillion Arnor: The Land describes all the territory encompassing the Dúnadan realm of Arnor and its three successor states - Arthedain, Cardolan, and Rhudaur. Supported by an elegant set of interconnecting terrain maps, this volume explores every detail of both the natural and man-made environment of this unparalleled adventure setting. In-depth coverage of cities, towns, fortresses, and other sites of interest, as well as extensive overviews of geography, flora and fauna, capture the land's essence. An exhaustive, alphabetically-organized gazetteer structures all of this information into an easily accessible format. Nine ready-to-run scenarios create instant opportunities for adventure in the lands of Eriador; both in the 1640s of the Third Age and at the apocalyptic climax of the Second. Arnor: The Land represents a thorough updating of the second-half of ICE's highly acclaimed Arnor realm module (previously published in 1994), and includes complete game statistics for MERP, Rolemaster and the Lord of the Rings Adventure Game. Arnor: The Land features:
Last modified: 03/11/20 by Urulókë