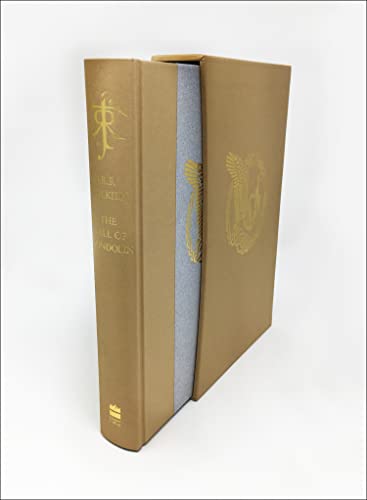 The Fall of Gondolin
£45.99
TolkienGuide is an Amazon.co.uk affiliate

MIddle-earth Quest - The Mines of Moria 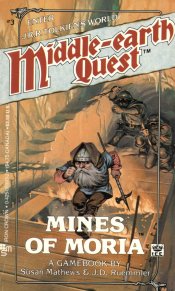 A GAME where YOU adventure in MIDDLE-EARTH! The War of the Ring is over, but the evils of the past linger. Bram, a Dwarf whose family hails from Moria, asks you to undertake a dangerous quest. In the long-abandoned caves of Moria lies a document which proves the family's claim to lands usurped by a wicked rival. Can you retrieve it? The family wishes to restore its dignity, honor, and wealth; any riches found along the way are yours. Word of the mission, however, has reached the Dwarf-usurper who threatens to kill anyone challenging his claim. Can you outwit his schemes, restore the family lands, and seize a fortune of your own? YOU control your destiny in this danger filled thrid gamebook of the MIDDLE-EARTH QUEST series! In the MIDDLE-EARTH QUEST series you can