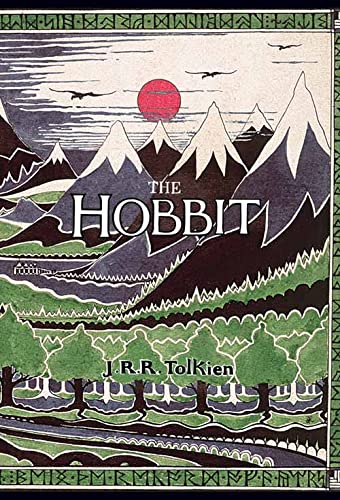 The Hobbit
£14.65
TolkienGuide is an Amazon.co.uk affiliate

766415
Trotter replied
Yesterday
In search of the world’s most valuable books, letters and laws

British author and scholar (1892–1973) whose Lord of the Rings trilogy became one of the towering classics of fantasy literature and inspired a series of wildly popular films. TLS, one page, 5.5 x 7, personal letterhead, June 1, 1966. Too overwhelmed to send personal responses following the resurgence in popularity of The Lord of the Rings, especially in America, in the 1960s, Tolkien sent this preprinted letter with typed-in name and address, signing in ink in his distinctive calligraphic hand. In full: “Thank you very much for your kind letter. I am always pleased to hear from people who have read and enjoyed my books. I hope they will continue to give you pleasure.” Under his signature is a typed postscript which reads, “My next book will be called The Silmarillion. It is about the First and Second Ages.” The Silmarillion is a collection of Tolkien's mythopoeic works, edited and published posthumously by his son Christopher Tolkien in 1977. The Silmarillion, along with Tolkien's other works, forms a comprehensive, yet incomplete, narrative that describes the universe of Middle-earth within which The Hobbit and The Lord of the Rings take place. First three initials of signature light, but legible, bisecting mailing folds, and a few wrinkles, otherwise fine condition. Pre-certified PSA/DNA and RRAuction COA.