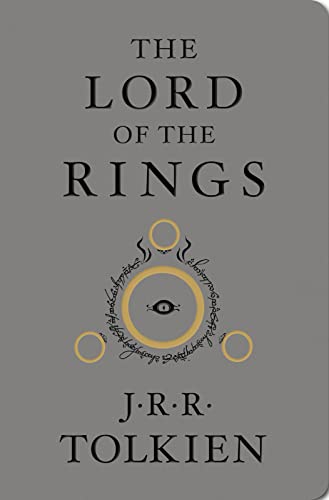 The Lord of the Rings Deluxe Edition
£30.99
TolkienGuide is an Amazon.co.uk affiliate

766414
Trotter replied
Yesterday
In search of the world’s most valuable books, letters and laws

Scarce, outstanding-content TLS, one page, 7 x 9, blind stamped personal letterhead, July 29, 1966. Tolkien offers a wealth of information concerning various editions of his famed works of Middle Earth. In part: “I do receive many letters, but I was particularly pleased by yours. If you wish for a decent edition that will stand up to reasonably hard wear I recommend buying the hardback edition in England or America. The minor corrections and alterations made in the Ballantine edition could then be put into it by hand. There will be a new edition of The Lord of the Rings in England coming out this autumn, which has been more carefully revised and will contain a revised index. These hardback editions are, of course, expensive, but nothing like so expensive, I think as first editions would be (if they can be found). I don’t think that it is possible to find a first edition of The Hobbit or of the second impression which had the coloured pictures. The stocks went up in flames in the Battle of Britain. The first edition of The Lord of the Rings could possibly be obtained.” Accompanied by the original mailing envelope. In fine condition. If Tolkien was cognizant of the value of The Hobbit in 1966, then the 2008 selling price of a first edition, more than $95,000, certainly would have sent him heading for the Shire. A London firm published the first edition of The Hobbit in 1937 with a run of 1,500 copies. The book sold out within three months due to enthusiastic reviews. This first printing was illustrated with many black-and-white drawings by Tolkien, who also designed the dust jacket. An American edition, released early in 1938, replaced four of the illustrations with color plates, a technique accompanying a second printing at the end of 1937. Following his retirement in 1959, Tolkien received steadily increasing public attention and literary fame, and enjoyed sending occasional enthusiastic answers to readers' inquiries, such as this very response in which he mentions his most famous literary contributions. As time passed, however, he became more suspicious of Tolkien fandom, reducing the number of such replies. Pre-certified John Reznikoff/PSA/DNA and RRAuction COA.