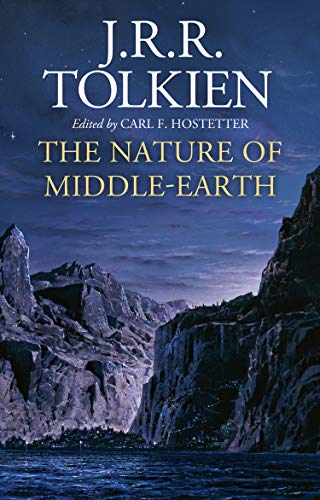 The Nature of Middle-earth
£12.99
TolkienGuide is an Amazon.co.uk affiliate

TLS, one page, 8 x 10, Merton College, Oxford, April 28, 1972. Letter to a friend, “Mrs. Robinson.” In part: “My answer is belated because I am in fact finding it a lengthy and somewhat troublesome process settling into rooms in College. Would it be too much to hope that you might possibly be visiting Sidmouth again?…I was very interested to hear of your Canadian connections. I have now a Canadian daughter-in-law and have to share her two delightful children with their other grandfather and grandmother there. Alas I now feel too old to fly with them so far.” In fine condition, with intersecting folds (not affecting the signature) and a notation by the recipient in the lower blank area. Accompanied by a letter dated December 11, 1971, signed by Tolkien's secretary, Joy Hill, thanking Mrs. Robertson for her letter of condolence upon the death of his wife. After Tolkien’s wife passed, he moved back to Merton College at Oxford, where he had taught from 1945 to 1959. Exactly one month after sending this letter, Tolkien was bestowed the insignia of Commander of the Order of the British Empire by Queen Elizabeth II at Buckingham Palace.