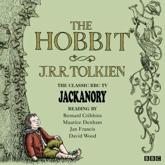 The Hobbit: Jackanory
$11.50
TolkienGuide is a Blackwell's affiliate

510969
Trotter replied
8 hours ago
Do you have any Ballantine/DelRey edition of The Hobbit? Take this survey.

199
Urulókë posted
Yesterday
The Wonders of...

"This flute shows Gauntlet of Elrond wearing Vilya, the mightiest of the three Elven Rings. During the Second Age Gil-galad, High King of the Elves of the West sent Elrond to defend Eregion from Sauron. Eregion was the dwelling place of the Noldorian Elven-smiths who crafted the three Elven rings, Vilya, Narya and Nenya. Vilya was borne by Gil-galad himself while Cirdan the Shipwright wore Narya. Nenya was borne by Galadriel. The Last Alliance of Elves and Men saw the passing of Gil-galad, but not before he gave Vilya to Elrond. The ring was wrought of gold and bore a deep blue stone of immense power. The gauntlet of Elrond itself is depicted armoured, with ornate elven designs decorating it." 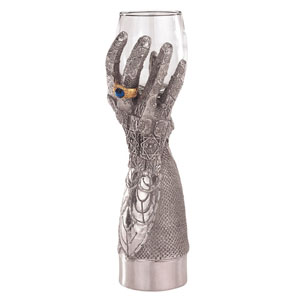