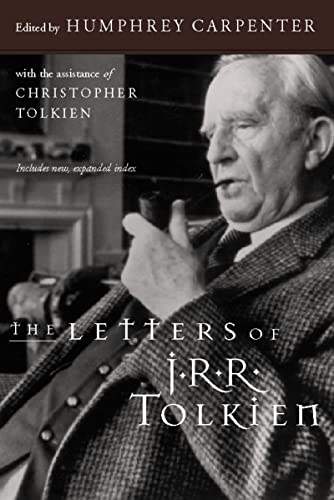 The Letters Of J.r.r. Tolkien
$17.99
TolkienGuide is an Amazon.com affiliate

936
Ugo Truffelli replied
8 minutes ago
Do you have any Ballantine/DelRey edition of The Hobbit? Take this survey. 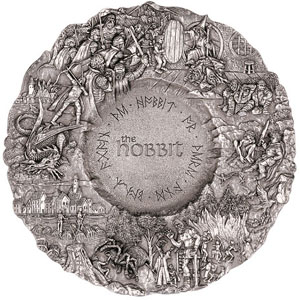 "A) It all begins with the recruitment of Bilbo Baggins to Thorin Oakenshield's quest. One fine day, Bilbo opens his front door to Gandalf and a band of dwarves who have unexpectedly come for tea. After a very hurried and not altogether organised start, Bilbo joins the dwarves at Bywater and they leave promptly. B) Coming across some trolls, a very hungry Bilbo is sent ahead and a failed burgling attempt brings the dwarves straight into the trolls' grasp. Gandalf saves the day with ventriloquism, causing the trolls to bicker amongst themselves and turn to stone with the coming of dawn. C) When taking shelter in a cave, the company are set upon by goblins who steal all their supplies. Bilbo is separated from the dwarves and, while wandering about, comes across the One Ring and Gollum. After some verbal duelling the hobbit manages to force Gollum to lead him out of the caves. D) Reunited with the dwarves, the entire company proceeds only to be chased up some trees by attacking goblins and Wargs, vicious and evil wolves. Setting fire to the trees, the goblins taunt the trapped dwarves, not realising that help is near at hand. The company is saved only by the sharp sight and quick work of the Lord of the Eagles of the Misty Mountain. E) Gandalf introduces Bilbo and the dwarves to Beorn, a large bear-like man with a shaggy beard and thick hair. He welcomes them into his home and replenishes their supplies. F) In the forest of Mirkwood, the dwarves are captured by giant spiders. Bilbo manages to kill his arachnid captor with his elven sword and christens it Sting. Freeing the rest, they flee before the other spiders return to the nest. G) Deeper into Mirkwood, the company are held captive by the Wood-elves. Escape comes in the form of a bumpy and very uncomfortable ride in barrels which are floated down the river towards Lake-town. H) At their destination, Bilbo and the dwarves proceed to the Lonely Mountain where Smaug, the fire-breathing dragon, lies upon mounds of treasure. Stealing a cup and later the Arkenstone of Thrain, Bilbo incurs the dragon's wrath and brings about the destruction of Lake-town. I) Bard, a descendant of Girion, Lord of Dale, finally kills Smaug. He shoots an arrow into a hollow in Smaug's left chest, the only place unprotected by the dragon's impenetrable armour. J) The quest culminates with the massive Battle of the Five Armies, a war between the dwarves, elves and man against the goblins and Wargs. The Eagles and Beorn appear at the last moment to tip the scales, Beorn in the shape of a massive black bear. The bold runes inscribed in the middle of the plate read "The Hobbit or There and Back Again", the title of the book."
Last modified: 03/11/20 by Urulókë
Royal Selangor Collectible Plates