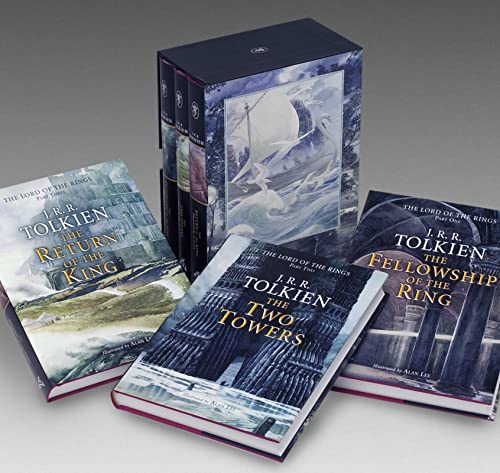 The Lord of the Rings: Return of the King/Two Towers/Fellowship of the Ring
£99.22
TolkienGuide is an Amazon.co.uk affiliate

RÓMENNA MEETING REPORT
June 30, 1984
The June meeting of Rómenna began somewhat later than originally planned, due to the great difficulty of breaking into a Mercedes when the keys have been inadvertently locked inside. Nevertheless the Jersey contingent finally arrived, and the discussion was able to begin. We started out with a reading by Fred Phillips of a short paper on the Istari, the bulk of which is quoted below:

"As an active student of that part of the History of Religion which deals with the history of magic I have found it enlightening to study some of the ceremonial magic systems used in Northern and Western Europe from about the second century A.D. to the present. ... I claim no eminent knowledge of the history or lore of wizards ... Nevertheless it seems apparent that the historical concept of wizard is somewhat different from Tolkien's description of the 'Heren Istarion,' at least as interpreted by Christopher Tolkien, who put the notes for this chapter into some coherent form, saying that '... it was quite distinct from the "wizards" and "magicians" of later legend...' Here it is likewise unclear whether Tolkien means 'mainstream' legends or the implied 'legends of Middle-earth' .... "In another sense, also, are the Istari different from the wizards and magicians of Western European folklore: they do not point their staffs at you and mutter arcane formulae and change you into a toad. In this might be something of a lowering of tone, which would tend to conflict with what Tolkien describes (p. 389) as 'their high order.' These men. or mortalized Valar ... are too closely interwoven with the destiny of Middle-earth ... in the chapter 'The Istari' in the Unfinished Tales it says:

'Emissaries they were from the Lords of the West, the Valar, who still took counsel for the governance of Middle-earth....' (p. 389)

We may understand 'emissaries' in another sense than the formal historical one of persons of rank accredited to a foreign government through elaborate scrolls and ribbons and orders. The White Council, or Council of the Wise, represented the Valar ... against individuals and powers inimical to the best interests of those peoples and lands over which the Valar had formerly exercised the function, in some sense, of tutelary dieties. It is understandable that they would not wish the results of Ilúvatar's creation to come to grief through the descendants or former servants of the Vala Melkor, or Morgoth, if we remember that Sauron had apprenticed as the antagonist of LotR as Morgoth's servant. As Sauron is in a way an extension of Morgoth into the Third Age, so Gandalf is an extension of the Valar, both of them using and manipulating both mortal and extramundane peoples and powers for his own ends. "Wizards, like Heralds, are either hired or enter into an 'arrangement' which they will honor as long as events do not threaten them or the fulfilment of their purposes. They are never vassals on account of the nature of the oaths they have taken as members and upholders of their individual orders or Circles... this could create conflicting loyalties, and a confused wizard can be dangerous, both to himself and to those on whose side he is assumed to be working. Tolkien illustrates the non-vassalary status of Gandalf by showing him doing the same thing for Aragorn outside the walls of Minas Tirith once the Orcs and Sauron have been destroyed as the Archbishop of Canterbury did for Arthur of Avalon after the accompanying nobles were finally satisfied that none of them could pull the Sword from the Stone. We will tentatively assume that Tolkien did not have in mind any significant difference from medieval custom or tradition in the coronations of Kings as he portrayed it in LotR, in the sense that a monarch is never crowned by one of his vassals; in which case, Gandalf, while he may have been one of Aragorn's most valuable allies*, was never explicitly in fee to him. As a wizard he stands outside of the orders and associations both of mortals and of creatures of Faerie. Tolkien demonstrates that wizards may derive from extra-mortal sources as well as from well-trained humans. "*Note The absence of any overt religious element in the LotR would obviate any attempt at assigning Gandalf, as the actual crowner of Aragorn, a rôle, in terms of his relative social location in the structures of Gondorian society, as a kind of ad hoc prelate, in the sense of, e.g., a pope crowning Charlemagne, or a Cardinal or Archbishop crowning a sovereign of France or England. He is, however, the nearest type of figure to a cleric, of any rank. The chief insignia of a bishop is a ring and a pastoral staff...."