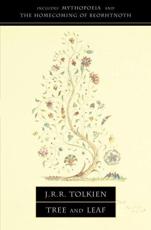 Tree and Leaf, Including the Poem Mythopoeia
$9.86
TolkienGuide is a Blackwell's affiliate

157
onthetrail replied
May 24
The Art of Jay Johnstone, Part One