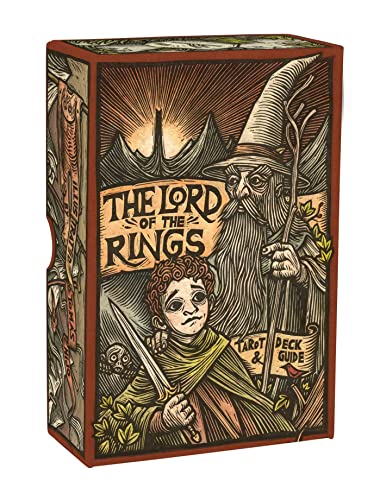 The Lord of the Rings Tarot Deck and Guide
$24.99
TolkienGuide is an Amazon.com affiliate

98619
Mr. Underhill replied
Yesterday
In search of the world’s most valuable books, letters and laws

Tolkien: Maker of Middle-earth at the Morgan Library - schedule and preliminary items

2019/1/10 23:14:09 (GMT) Greenwich Mean Time, London, Dublin, Lisbon, Casablanca, Monrovia
With two weeks left until the Tolkien: Maker of Middle-earth exhibit opens in New York, this seems like a good time to share a summary of all the announced scheduled events associated with the exhibition, as well as a summary of what will (and won't) be on display.

February 9, 2019 11 AM–1 PM. Living Landscapes: Map Your Own Fantasy World Part One “Ink Into Existence” . Ticketed event, each ticket is valid for one child and up to two adults; Program consists of a thirty minute exhibition experience followed by a ninety minute art-making activity. Materials included.

Tuesday, February 12, 7:00 PM Inside Tolkien: Maker of Middle-earth Presented by The Sheen Center and The Morgan Library & Museum. "Explore this landmark exhibition with John T. McQuillen, Ph.D., Associate Curator of Printed Books & Bindings and organizing curator of the exhibit for the Morgan Library, and Holly Ordway, Ph.D., Professor of English at Houston Baptist University and author of the forthcoming book Tolkien’s Modern Sources: Middle-earth Beyond the Middle Ages. Moderated by Corey Olsen, Ph.D., the “Tolkien Professor” and President of Signum University." Ticketed event. 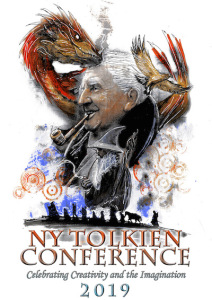 Thursday, April 4, 7–9 PM A Long-expected Party "Enjoy Hobbit-inspired drinks in Gilbert Court along with live music and after-hours access to the Morgan’s exhibitions and the Historic Library. Tickets include museum admission and complimentary wine and beer. Costumes encouraged. 21+." Ticketed Event.
[NOTE] There is a giveaway being run by The Morgan Library and the New York Tolkien Conference for a free pair of tickets to this event. See this webpage for more info, the contest ends later today.

Saturday, April 13, 2019 11 AM - 1 PM Living Landscapes: Map Your Own Fantasy World part two "Watercolor Your World". "Surrealist artist Max Greis will guide participants using watercolor techniques and explore creating a fantasy landscape using trees and other flora and fauna to establish their own universe. If you have attended Part One of this miniseries, “Ink Into Existence,” you may bring your map back to use as inspiration to watercolor a landscape from your newly created world. Appropriate for ages 8-14." Ticketed event, each ticket is valid for one child and up to two adults; Program consists of a thirty minute exhibition experience followed by a ninety minute art-making activity. Materials included.

The Morgan Library has a smaller exhibition space than what the Bodleian was able to use, so the exhibition will be smaller. The eponymous exhibition catalog Tolkien: Maker of Middle-earth lists 181 exhibits. Of those, 20 were not shown for various reasons. However, a total of 192 items were at the Bodleian, since the catalog had to go to press much earlier than the final layout and selection of items was made. The catalog then goes on to list 105 items from the catalog that will be traveling to the Morgan Library, or somewhere around half of what was shown.

As a high level summary, the Morgan decided to focus on The Hobbit, The Silmarillion and The Lord of the Rings for the exhibit, though some personal photographs, a few Father Christmas letters, and other artwork made the cut.

Here is a full list of the catalogue and additional items - those in bold will be at the Morgan library (according to the best information available to me at this time):

In addition, the Morgan Library will be showing three additional items that were not at the Bodleian exhibition:
1) Tolkien's manuscript letter to Geoffrey Selby, 14 Dec. 1937, Morgan Library & Museum (MA 4373). This is illustrated in the catalogue, p. 312.
2) Tolkien's typed letter to Naomi Mitchison, 25 April 1954, private collection.
3) 2 copies of the first English edition of The Hobbit, one with the dust jacket (private collection) and the Morgan copy with the dust jacket removed to show Tolkien's designs for the boards (PML 84830).
Share

Jan 11, 2019
2019/1/11 0:58:14 (GMT) Greenwich Mean Time, London, Dublin, Lisbon, Casablanca, Monrovia
Thank you J for this! I have been so busy with other organization matters I did not see that the Morgan had posted paper topics for the Symposium. I knew 2 of the 4 already but reading of the rest is fantastic! will share around....Thanks again ~Anthony
Share

Jan 11, 2019
2019/1/11 3:16:33 (GMT) Greenwich Mean Time, London, Dublin, Lisbon, Casablanca, Monrovia
Because it might be relevant to someone: The exhibition item info comes mostly from p. 410 of the catalogue Tolkien: Maker of Middle-earth, with additional information provided in personal correspondence with the curators at the Bodleian and Morgan Libraries.
Share