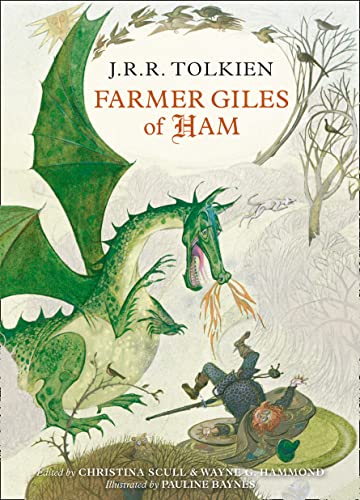 Farmer Giles of Ham
£8.25
TolkienGuide is an Amazon.co.uk affiliate

Illustrating Tolkien's Unfinished Tales - a chat with the artists

Tomorrow - Thursday, October 1st - the new illustrated edition of J.R.R. Tolkien's Unfinished Tales of Númenor and Middle-earth will be officially released, to mark the 40th anniversary of its first publication by George Allen & Unwin in 1980. This is the first time the book has been published in an illustrated edition, and HarperCollins has enlisted three of the biggest names in Tolkien art for it. Ted Nasmith, Alan Lee and John Howe have all illustrated Tolkien's works previously for HarperCollins, including variously The Hobbit, The Lord of the Rings and The Silmarillion and of course lots of calendars. Having all three included in this new edition of Unfinished Tales is a special treat and their new illustrations look amazing. I hope you enjoy my (very lightly edited for clarity) conversations with each of these artists, who all took time out of their busy schedules to chat with me. 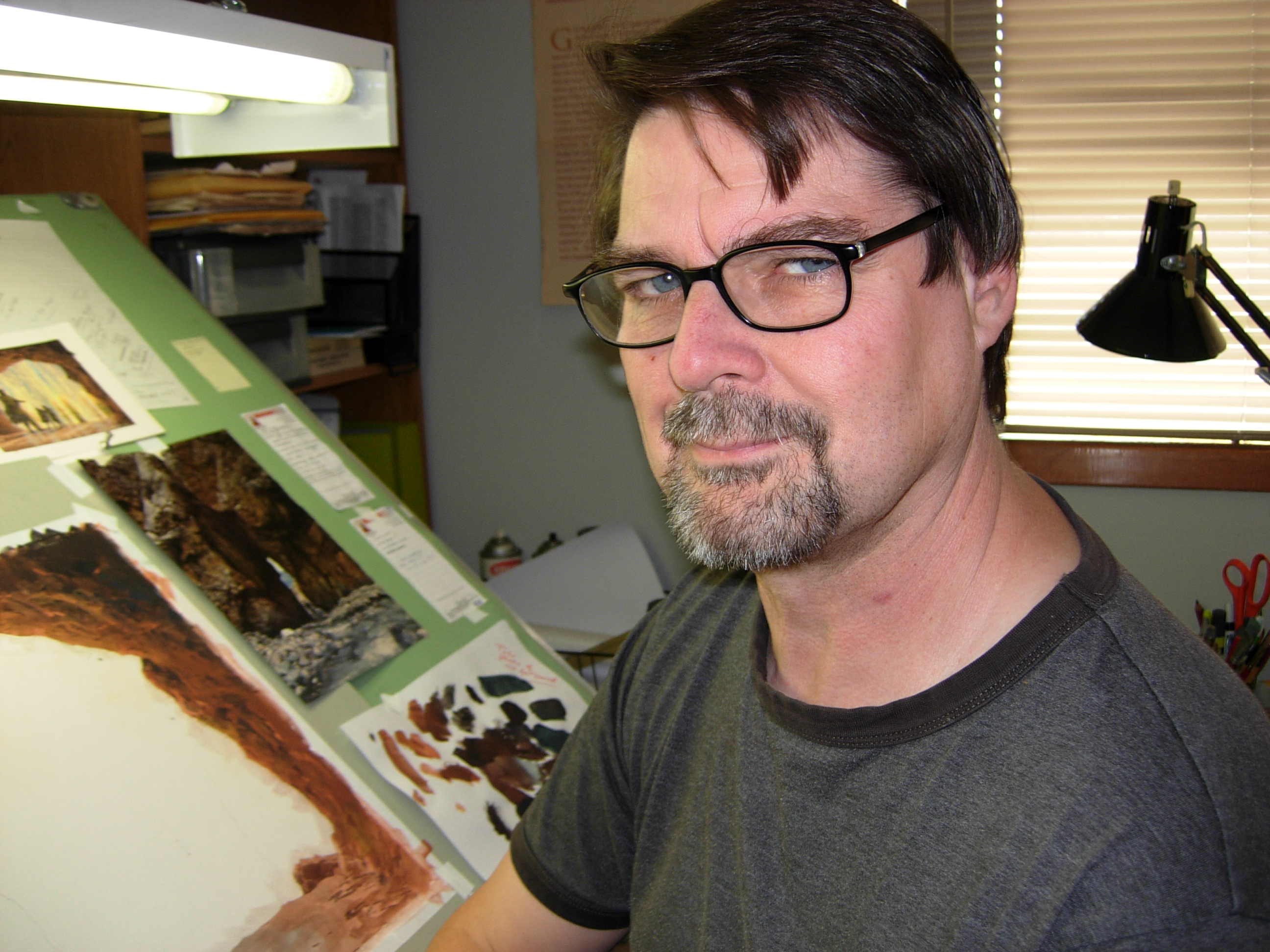 Hi Ted, and welcome! You’ve painted scenes from Unfinished Tales before for HarperCollins - how was it revisiting this subject matter, and what were you looking forward to working on this time around?


What was your process for choosing what scenes to illustrate?


Do scenes from Unfinished Tales or The Silmarillion present different challenges from illustrating the more popular Tolkien works?


Did any scenes present any extraordinary challenges in visualization or layout that you had to work through?


You’ve indicated many times that you would love to do a Ted Nasmith art book. Has there been any progress on this idea?


You actually corresponded with JRR Tolkien when you were first starting out. How was that, and how did it affect your art?


What mediums do you like to work in most? Do you ever use computers or digital tools?


What other projects have you done recently, or are working on, that you would like to share?


You've previously painted a scene titled "Tuor Reaches the Hidden City of Gondolin" for the HarperCollins 1996 Tolkien calendar, but you repainted the scene for this book. 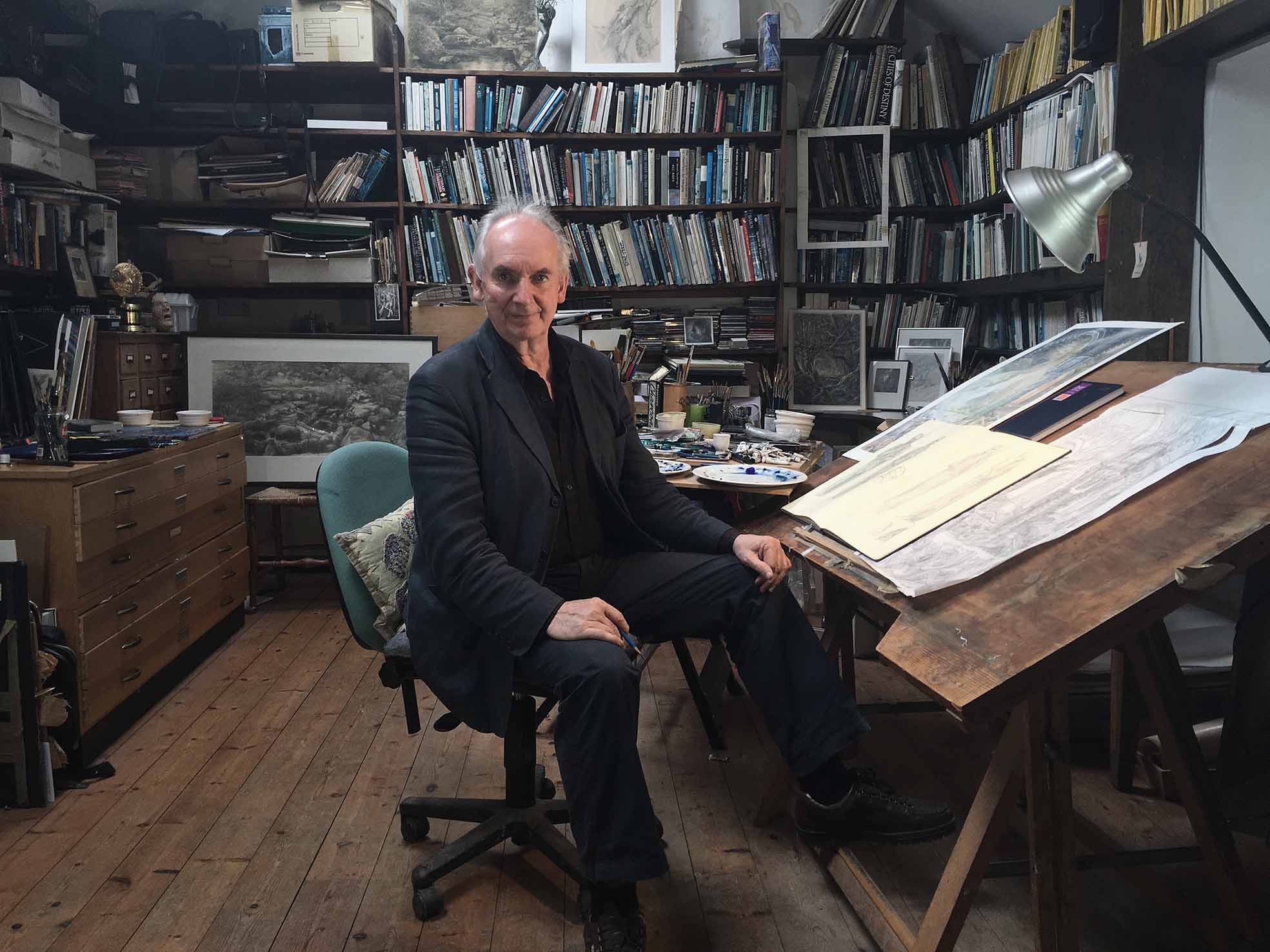 Hi Alan, thanks for taking some time to chat. You've spent decades illustrating Tolkien's books. What specifically attracts you to Tolkien's Middle-earth?


You have a great relationship with HarperCollins and the Tolkien Estate, having illustrated The Hobbit, The Lord of the Rings, and the three 'Great Tales' of the Elder days. Christopher especially loved your vision for Middle-earth.


What process do you go through to pick what scenes you illustrate for Tolkien's books?


You have six paintings in this new edition of Unfinished Tales - How many are new paintings?


For your illustration appearing on the dustjacket of the new edition of Unfinished Tales - what was your inspiration for the ship style?


Which scene were you looking forward to illustrating the most?


Did any scenes present any challenges in visualization or layout that you had to work through?


Do you ever use computers or digital tools when working on an illustration? 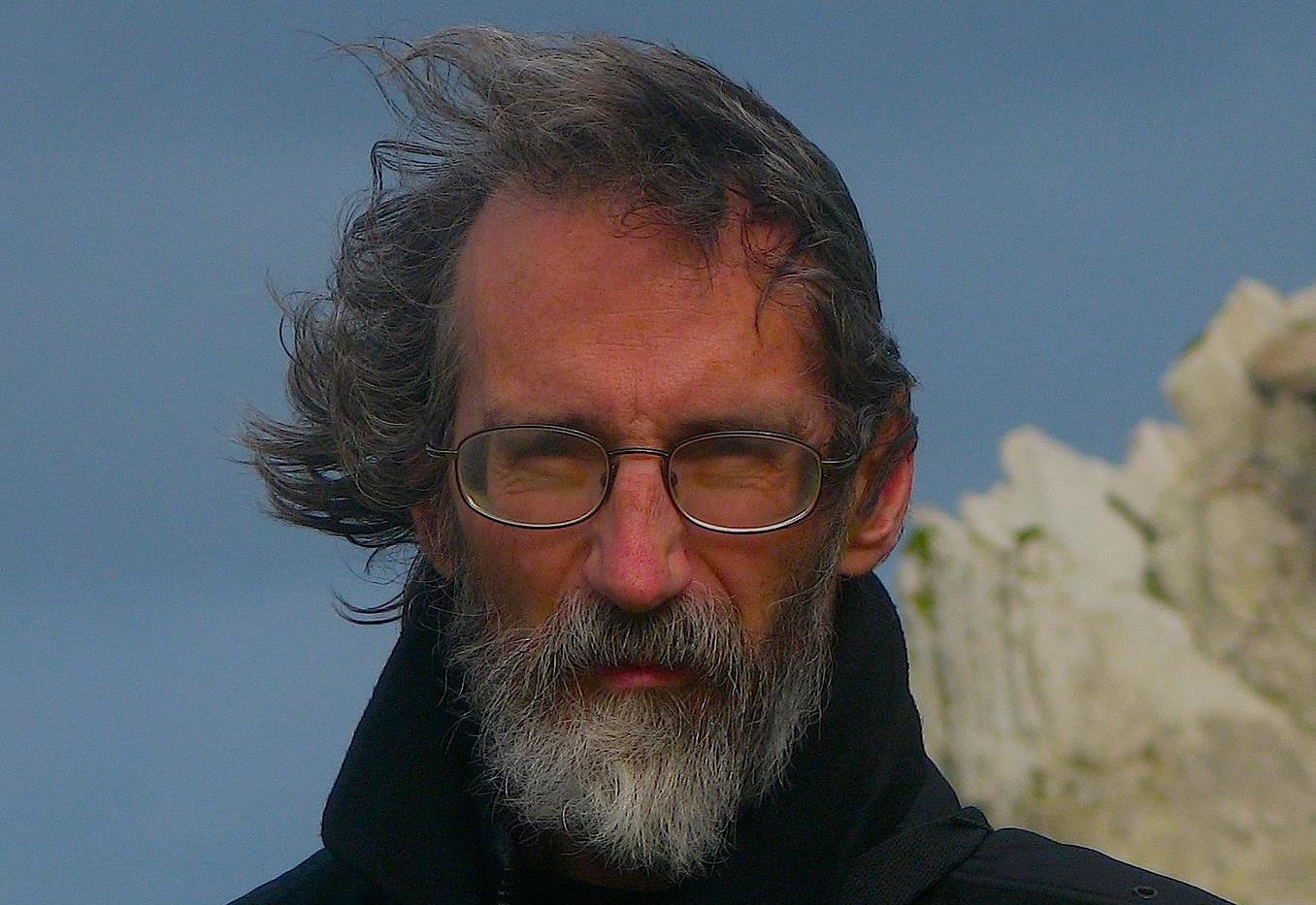 
Hi John, thanks for participating. I understand that you made six new pieces for the new illustrated edition of Unfinished Tales. What was your process for choosing what scenes to illustrate?


Do you have a personal favourite scene that you were looking forward to illustrating?


Did any present any extraordinary challenges in visualization or layout that you had to work through?


You've been immersed in Middle-earth for most of the past two decades (or more). What else have you worked on to keep from getting burned out?


You've worked collaboratively for much of that time with various film and TV teams. Do you feel those collaborations have influenced how you approach illustrating Middle-earth?


What mediums do you like to work in most? Do you ever use computers or digital tools?


What other projects have you done recently, or are working on, that you would like to share?


[Update] I had unintentionally included some additional discussion that John and I had, which he had not intended to be published. These have been removed, with my humble apologies to John.

I want to thank all three gentlemen again for their time and effort answering some questions about their work. If you are interested in the new edition that is coming out tomorrow, below is some information on the HarperCollins editions and a few links where they might be ordered. Most major booksellers should be carrying them, and editions in other countries should be forthcoming soon as well. 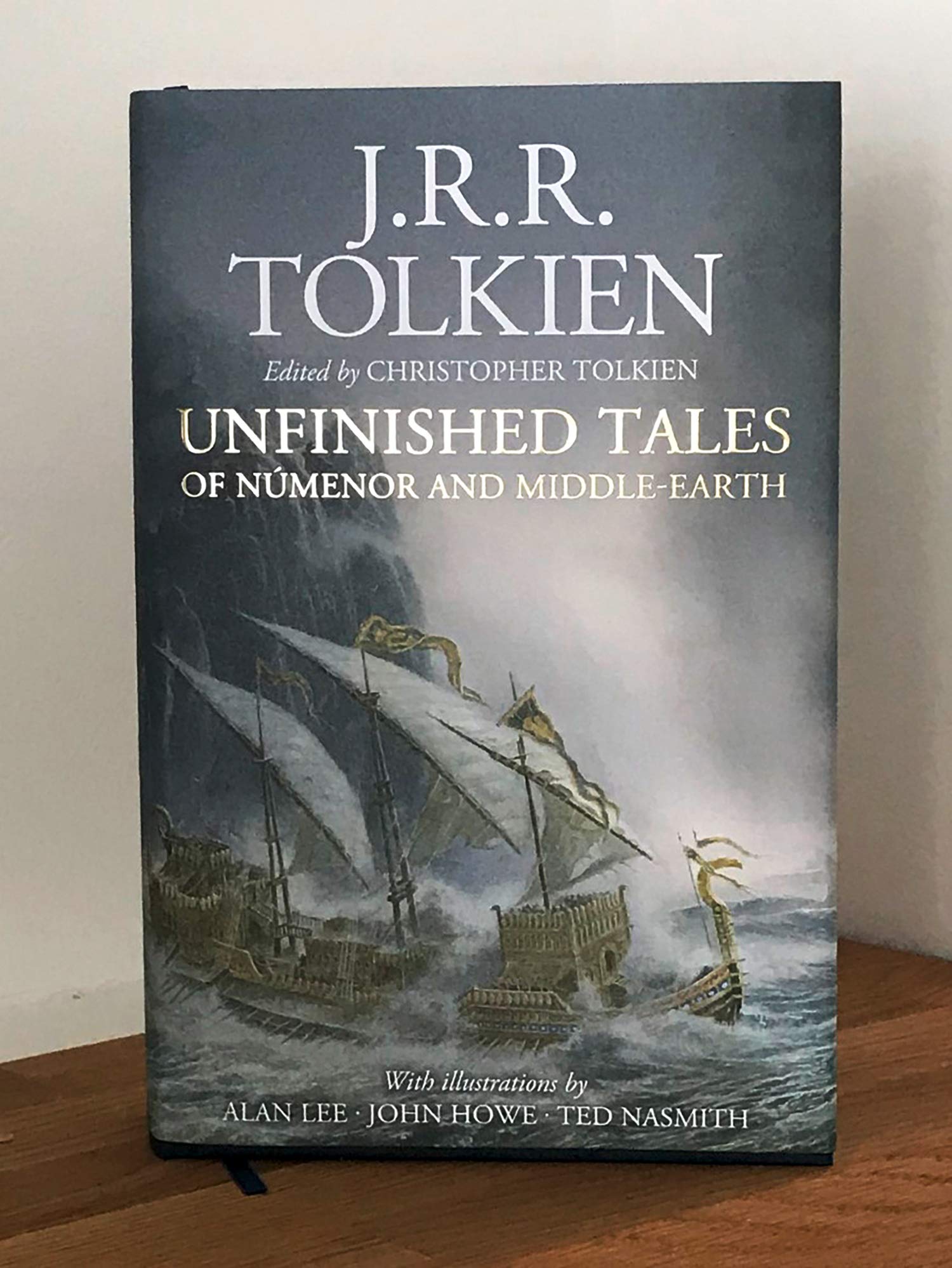 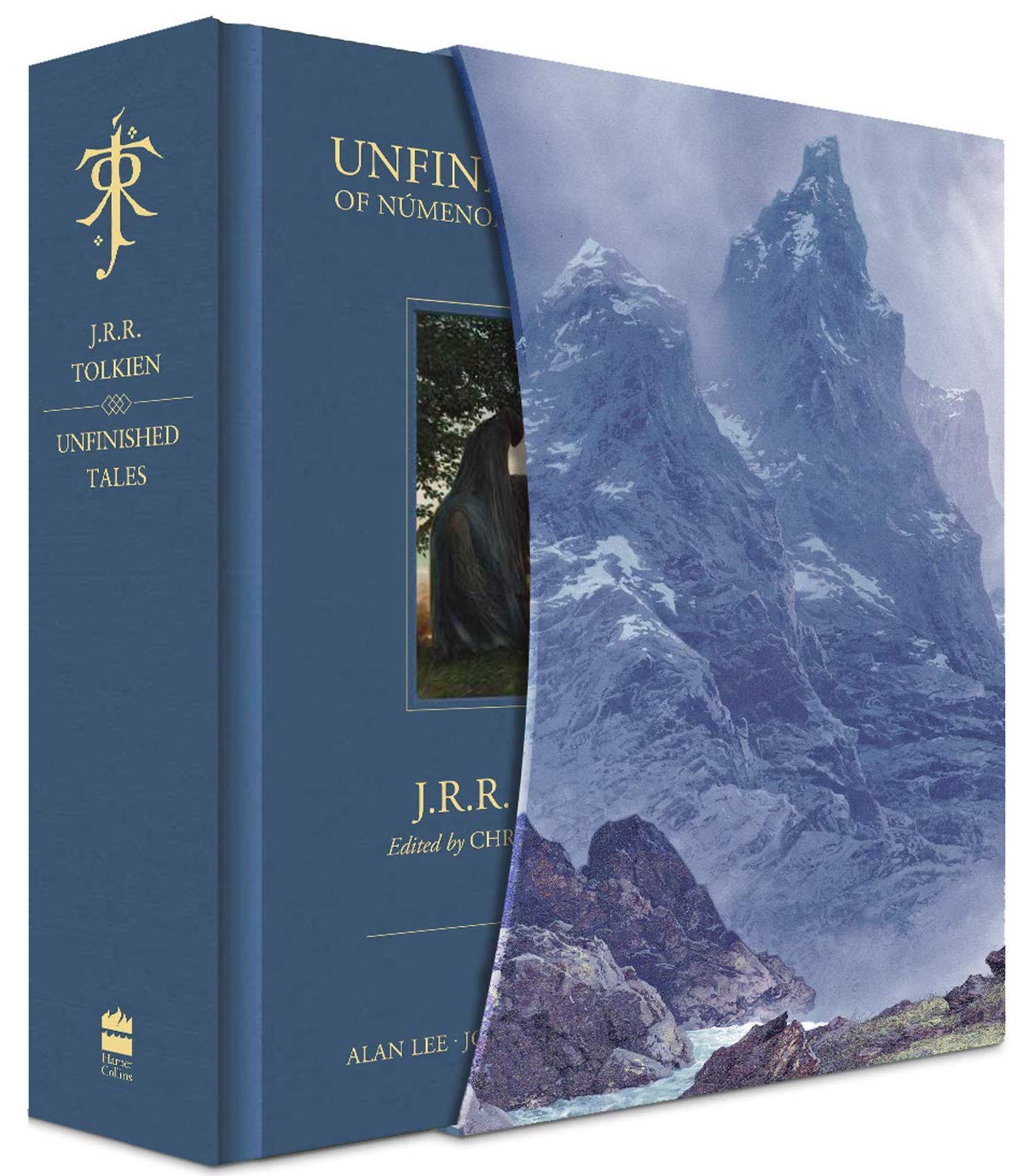 It is so interesting to read how artists think about about certain aspects of what they are illustrating. Reading Ted talking about revisiting scenes gives a bigger picture about what consumes artists. And Alan mentioning Amroth and Nimrodel was cool. Someone asked me just the other day what the ship is called. I drew a blank on the name but thought it was the ship that Amroth leapt from. I think it is a wonderful cover. As for John Howe, everything he says is endlessly fascinating.

John Howe illustrating H.P. Lovecraft? Where do I sign up?

I can't recall if there are images in his Myth & Magic but Howe has illustrated HPL's The Dream Quest of Unknown Kadath; mostly unpublished I think. He showed some images at Edinburgh (at the Festival) when I saw him do a talk a good few years ago.
Share

Sep 30, 2020
2020/9/30 20:36:24 (GMT) Greenwich Mean Time, London, Dublin, Lisbon, Casablanca, Monrovia
Urulókë and Khamûl thank you both for posting. I really like those. I will have to get a copy of John's book in that case. I have never been a big fan of illustrations with regard to Tolkien in previous years but these recent releases have piqued my interest more.
Share

- there's a section on Holdstock (2 pages, 2 images, and text)
....and that's it. No Lovecraft from what I saw, judging by the table of contents, and checking out the non Middle-earth chapters.
Share