Nov 20, 2020
2020/11/20 22:09:05 (GMT) Greenwich Mean Time, London, Dublin, Lisbon, Casablanca, Monrovia
Has anyone bought a copy of the US edition? Noticed that this edition does not have a date on the post-mark but was interested in any other obvious changes. 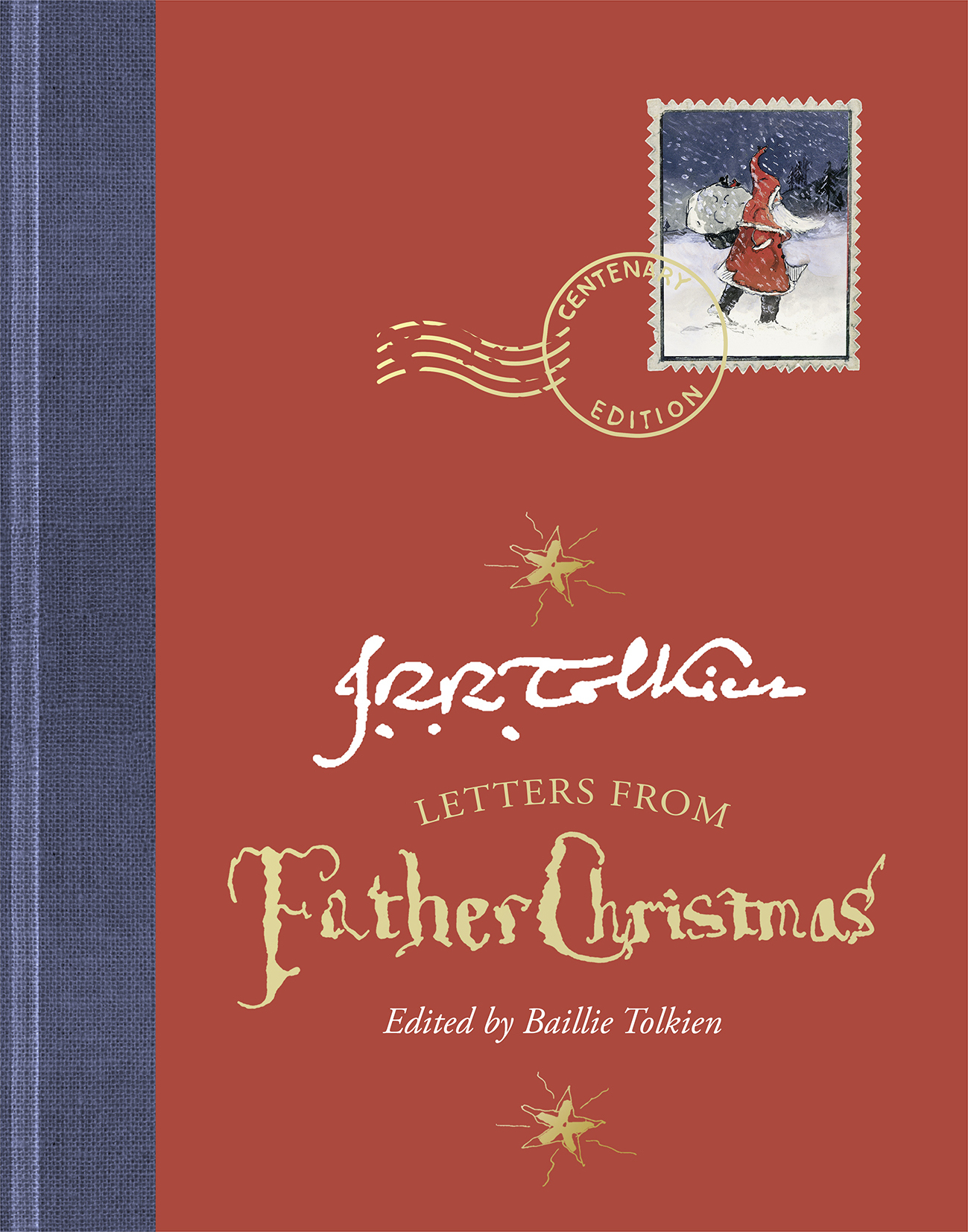 Nov 20, 2020
2020/11/20 22:13:54 (GMT) Greenwich Mean Time, London, Dublin, Lisbon, Casablanca, Monrovia
Good eye. The copyright page is of course completely different, but I didn't notice any other obvious changes. I don't have a US copy at the moment (I returned my first copy due to water damage from the warehouse, and haven't gotten a replacement for it yet). 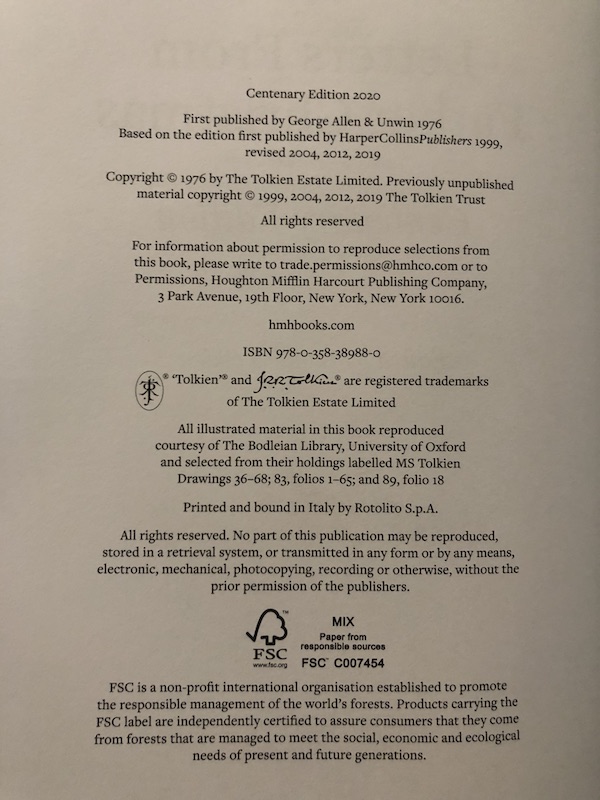 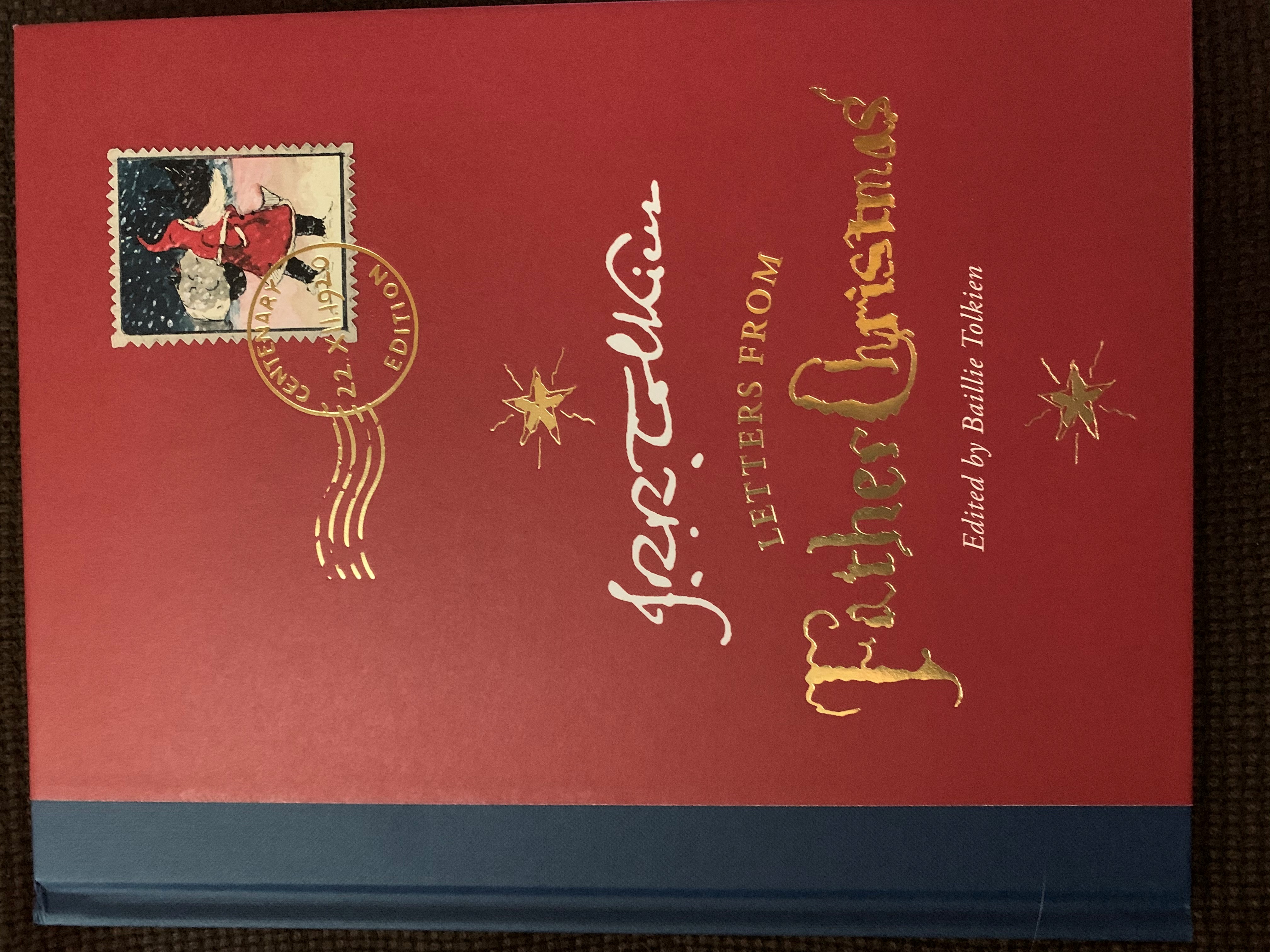 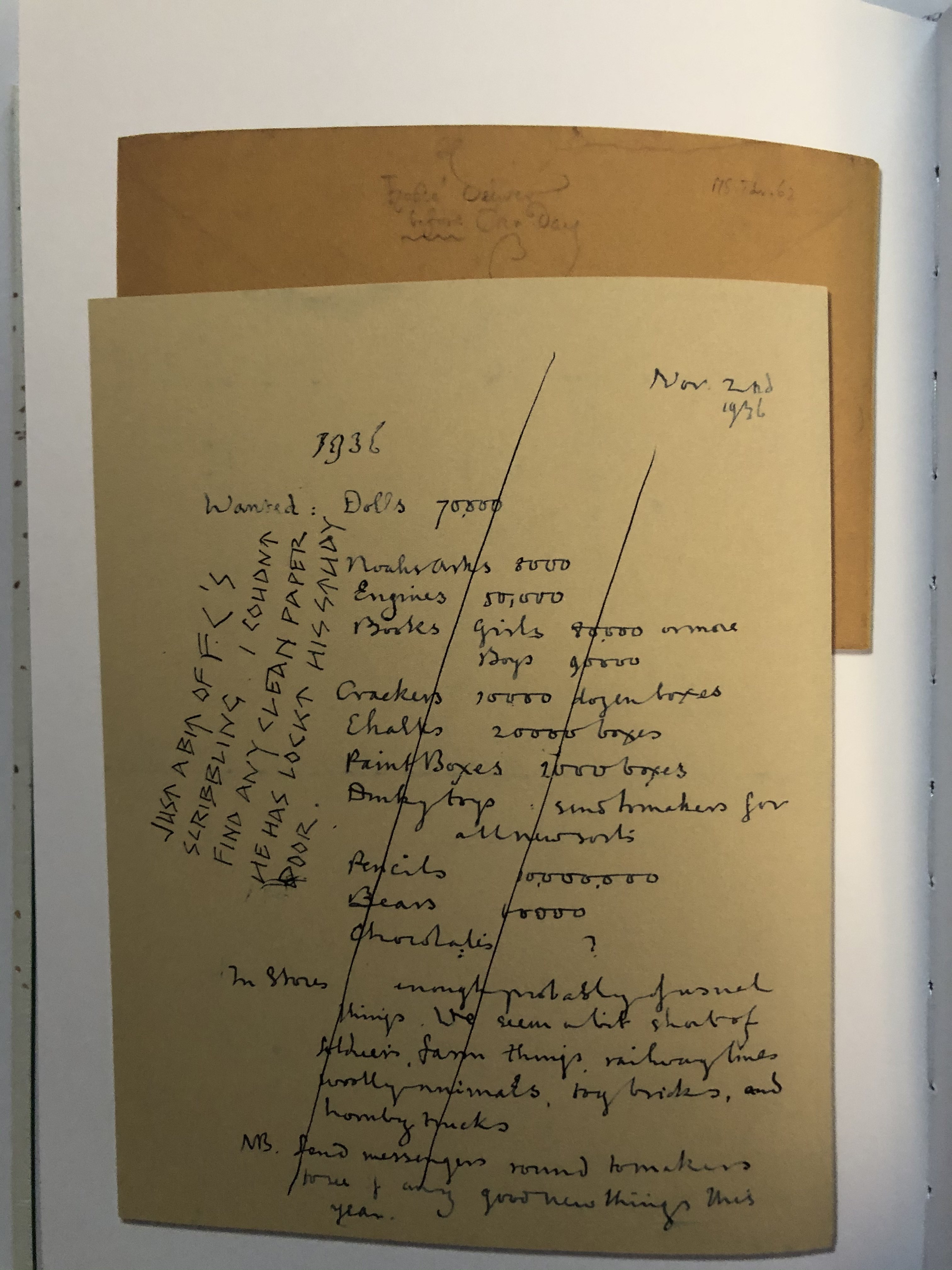 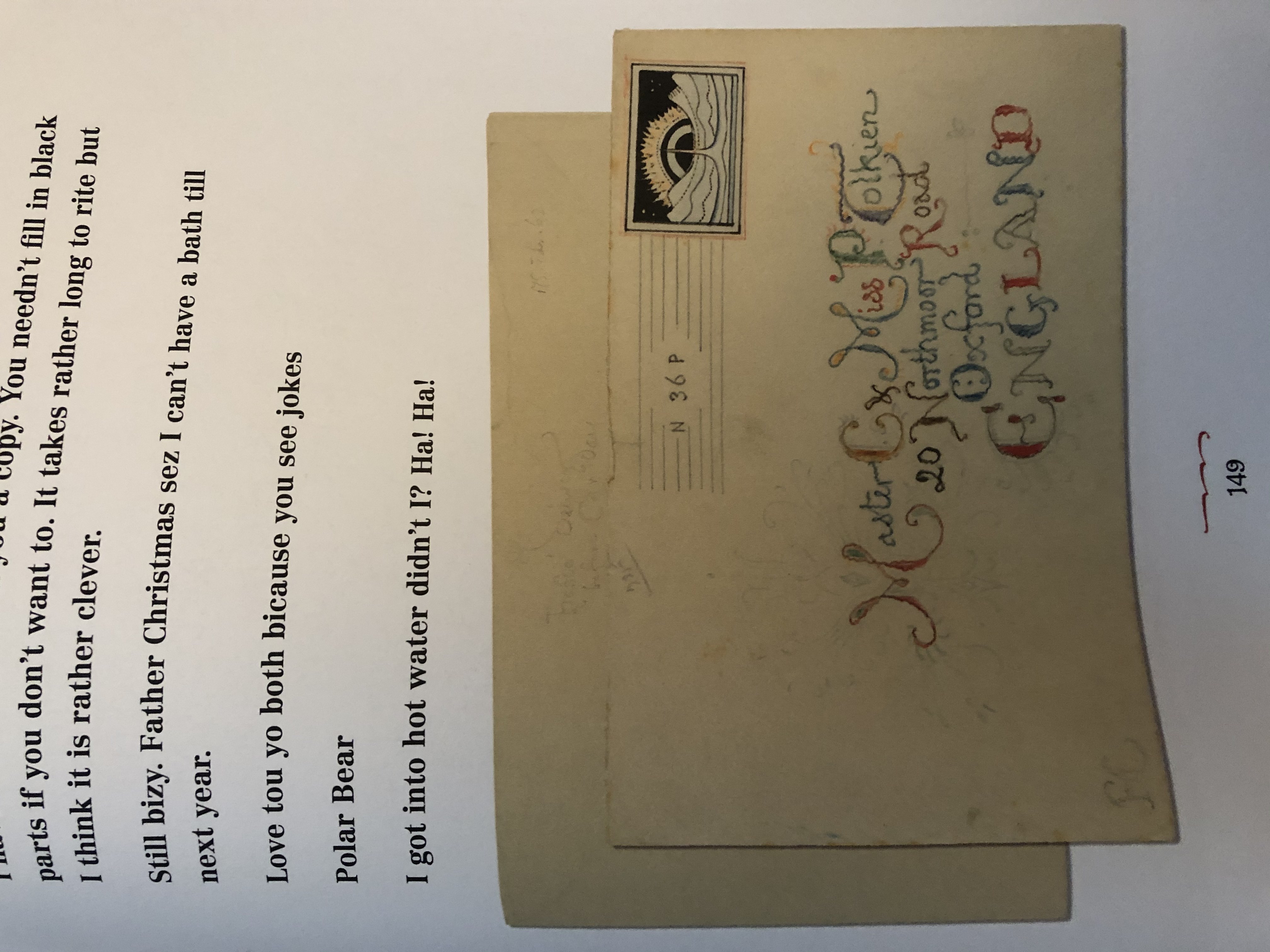 Well spotted! I do agree that is the same envelope pictured in both books. Reading the pencilled handwriting on it makes it pretty clear that it was misplaced in the 2019 edition - I strongly believe it does not go with the "Nov 2" list it appears with, due to the wording "deliver before Cr. Day" which would make no sense for a letter delivered on November 2nd. Also, the placement in the 2020 edition is for the prior year, no less. I am not 100% sure it is the back of the envelope they paired it with, by comparing edges, but it could be. Worth investigating further, if nothing else.

I've added the page reference to the guide page now, but I think some entries need to be moved around to make it more clear what's going on with the various letters and envelopes between these two years. More soon.
Share

2020/11/29 21:32:45 (GMT) Greenwich Mean Time, London, Dublin, Lisbon, Casablanca, Monrovia
Has anyone transcribed (or deciphered) fully the letter at the beginning of the deluxe and centenary editions (pp.6–7)? There are several words I can't figure out.
Share

2020/11/30 7:48:52 (GMT) Greenwich Mean Time, London, Dublin, Lisbon, Casablanca, Monrovia
Page 6
During the fateful days before stocking hanging (the badnesses of most of the past year being mercifully[?] forgotten). F.C. was a more easy-going English sort of bloke, who filled the stockings of good and not-so-good, and paid more attention to children’s letters, telling him of their hearts’ desire, than to grown-ups’ behaviour reports.
But of course, S.C. was actually more in the Nicholas tradition, who paid much attention to merits – though I suppose he was supposed to know about them without the help of 'informers'
Our F.C. was a very agreeable old fellow, who conducted a correspondence for almost 20 years with my children. Each year he sent in a quavery hand (due to the cold) an account illustrated by pictures of the (often calamitous) events at his

Page 7
house (near the N. Pole), especially during sorting and packing time sometimes with pictures. His troubles were largely due to the ineptitudes of his chief assistant the P(olar). B(ear). Also to the nefarious proceedings of goblins who invaded his store-cellars, and so provided a good explanation of why things specified as desirable did not always turn up but were replaced by substitutes.
His North Polar Stamps were quite good, and were apparently accepted by the P. Office – though how this was arranged was not revealed.
I still keep most of this correspondence
Share

Nov 30, 2020
2020/11/30 18:19:40 (GMT) Greenwich Mean Time, London, Dublin, Lisbon, Casablanca, Monrovia
Wonderful, thank you very much! I've updated the one I was working on, filling the gaps with your readings. There are some differences, though, between my readings and yours, which I've noted in bold, with explanations in curly braces (bolded) where necessary. If you disagree with any, please do let me know. (NB: Tolkien's additions are between slashes in my transcription.) 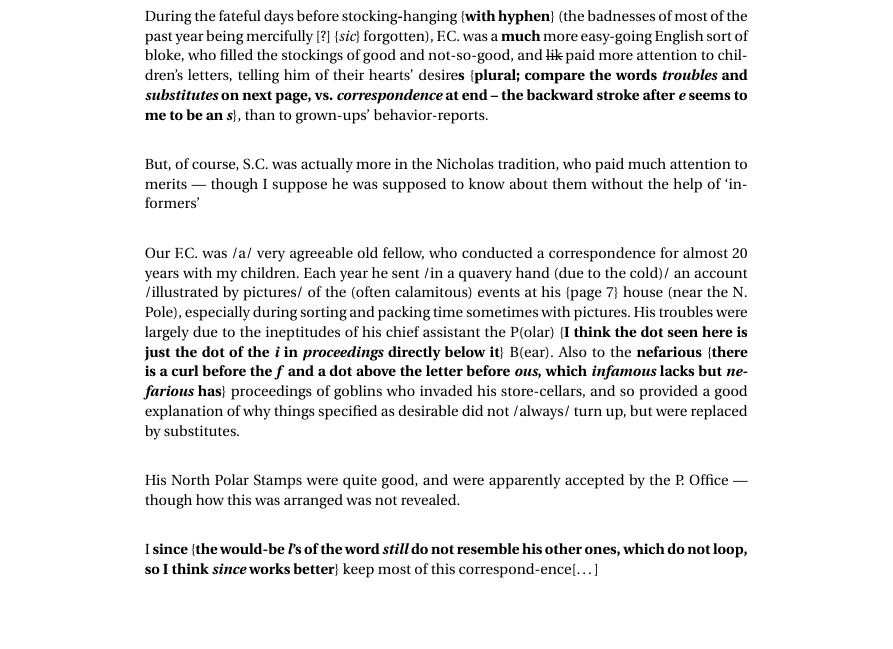