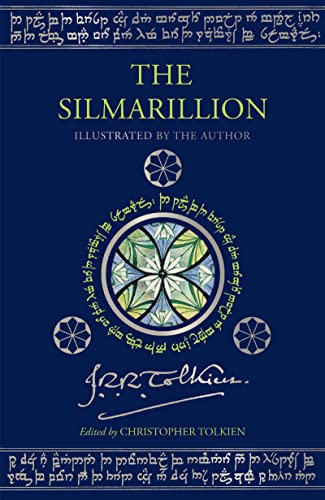 The Silmarillion [Illustrated Edition]: Illustrated by J.R.R. Tolkien
$39.00
TolkienGuide is an Amazon.com affiliate

956400
LanceFormation replied
1 hour ago
Why We Love Middle-earth: Stepping into the Road

2193
onthetrail replied
3 hours ago
J.R.R. Tolkien's The Fall of Númenor

Prime Video makes its in-person return to New York Comic Con with live panels from fan-favorite series The Legend of Vox Machina, Good Omens, The Wheel of Time, and The Lord of the Rings: The Rings of Power, plus highly anticipated new series The Peripheral.

The panels will offer fans a chance to hear directly from some their favorite Prime Video talent through moderated Q&As, as well as the opportunity to be among the first to see exclusive first looks and never-before-seen footage from a stellar lineup of Prime Video titles. The panels will also be livestreamed at www.thepopverse.com, prior to being made available for VOD playback to ReedPop members and digital ticket holders.