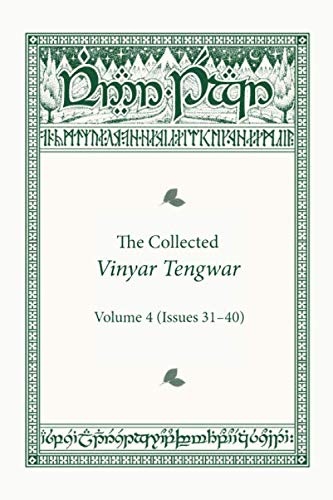 The Collected Vinyar Tengwar Vol. 4
£7.99
TolkienGuide is an Amazon.co.uk affiliate

Deadline Hollywoods Inside The Ring of Power

511117
Trotter replied
Yesterday
Do you have any Ballantine/DelRey edition of The Hobbit? Take this survey.

Mar 13, 2010
2010/3/13 11:57:43 (GMT) Greenwich Mean Time, London, Dublin, Lisbon, Casablanca, Monrovia
Please be aware that Deagol's site (Tolkien Books) looks like it has been compromised by malware. I have informed Neil (Deagol) but I would not advise that anyone visits the site until Deagol confirms that he has removed the infecting code.

If you have been on the site in the last couple of days then I recommend that you virus check your PC.
Share

Hello Andrew, Tolkienbooks.net is offline and will probably remain so indefinitely as I do not have time to sort it out. Regards, Neil

Mar 15, 2010
2010/3/15 5:54:38 (GMT) Greenwich Mean Time, London, Dublin, Lisbon, Casablanca, Monrovia
That is very bad indeed. Maybe we should ask Neil, Pieter and Jeremy to get together to get the content integrated in TolkienLibrary or Tolkien Collector’s Guide (or both).
Share

Neil? -could we, in the future, get at least your articles posted up on TCG?

Notes on The History of Middle-earth Updated Jan08 - A series of articles covering various aspects of the HoMe series.

Tolkien Calendars Updated Dec08 - An illustrated guide to “official” British calendars from 1974 to the present.

Nasty Tricksy Hobbits Updated Oct05 - Not all signatures are what they seem to be.

The Princess Hobbits Updated Jul07 - Details of the only abridged version of The Hobbit - a serialisation in Princess magazine.

Tolkien: The Esperantist? Updated Jul05 - Esperanto is a “man-made” language, so was naturally of interest to the Professor.

Songs for the Philologists Updated Jul07 - Details of Tolkien’s contributions to this very rare booklet.

Unpublished Tolkien Manuscript Found? Updated Jul07 - An article from The Sunday Times about Tolkien’s translation of Beowulf followed by a related article by Michael Drout.

I think I've got a Hobbit Updated Jul07 - A Collector’s Tale.
Share

A great deal of damage has been done and will take time to repair. All of the compromised pages have now been deleted.

The front end of the site and most of An Illustrated Tolkien Bibliography are out of action for the time being, but will hopefully be back online later in the year when Wheelbarrows at Dawn is finished and "real" world commitments are less.

The Articles Section is for the most part unaffected, although some of the links to the Bibliography are broken and the articles on print numbers for early Hobbits are down.

The TolkienBooks.net Bookstore is also still operational, although the homepage has lost its formatting.

This is the third time the site has been attacked, despite added security. I think it is down to the Wordpress-powered front end, so I may look for another way to do things.