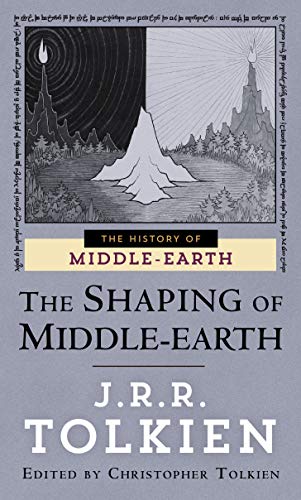 The Shaping of Middle-Earth: The Quenta, the Ambarkanta and the Annals (The History of Middle-Earth, Vol. 4)
$7.99
TolkienGuide is an Amazon.com affiliate


From the auction description:

TOLKIEN and BIRMINGHAM - SAREHOLE MILL
Counterpart of a mortgage in fee whereby "Richard Eaves of Sarehole in the Parish of Yardley in the County of Worcester Gentleman" grants to "Richard Horsman the Elder of Campden in the County of Gloucester Fruiterer" for £800 "all that Water Corn Mill with the Appurtenances called by the Name of Biddles Mill otherwise the little Mill which said Mill with the Appurtenances hath been lately taken down and new built by the said Richard Eaves" together with other property nearby (specified), signed and sealed by Richard Horsman, on two skins of vellum, duty-stamps, usual light dust-staining, especially to verso, but overall in fine condition, 25 May 1769

Estimate: £600 - 800
Footnote:
Sarehole Mill occupies a central place in the story of J.R.R. Tolkien, as John Ezard, then writing for the Oxford Mail, discovered: "Seven years before his death Tolkien told me about Sarehole, his imaginative heartland, a small village near Birmingham which was the starting-point for his fictional Shire in both The Hobbit and Lord of the Rings. This was in 1966, when he was just beginning to be a bestseller. The Hobbit was not then, as it is now, the most popular work of fiction in 20th century publishing history. He was news because of his efforts to counter an American pirate edition of the Ring trilogy. But he was much more interested in talking about Sarehole, where he had grown up between the ages of four and eight during the last four years of the 19th century. He dated everything from it. 'It was a kind of lost paradise' he said. 'There was an old mill that really did grind corn with two millers, a great big pond with swans on it, a sandpit, a wonderful dell with flowers, a few old-fashioned village houses and, further away, a stream with another mill. I always knew it would go - and it did'". In 1967, Tolkien sent Ezard a copy of his story 'Smith of Wootton Major', with its opening: "There was a village once, not very long ago for those with long memories nor very far away for those with long legs". "It was", writes Ezard, "unmistakably, his imaginative farewell to Sarehole" ('Tolkien's Shire', Guardian, 28 December 1991).

Tolkien's family had come to Sarehole from South Africa when he was a child. He told Ezard: "I was brought back to my native heath with a memory of something different - hot, dry and barren - and it intensified my love of my own countryside. I could draw you a map of every inch of it. I loved it with an intensity of love that was a kind of nostalgia reversed. It was a kind of double coming home, the effect on me of all these meadows". But, contrary to Tolkien's assumption in old age, Sarehole does in fact survive, the only one of more than fifty water mills that had once been in the Birmingham area, and is open to the public (administered by the Birmingham Museums and Art Gallery). It owes its survival not only to its status as an oasis of rus in urbe but - perhaps ironically given its links with the Shire - because it is an important survival from the Industrial Revolution.

It was originally built by John Beddell in 1542, and called Beddell or Biddle's Mill (the latter being the name it retains in the present document). In 1756 it was rented with Sarehole Farm by Matthew Boulton's father, and used for making buttons and for metal rolling. Matthew Boulton himself took it over on his father's death in 1759, using it as a factory until transferring his operations to Soho in 1761. In the eighteenth century it was owned by three generations of the Eaves family, the last of whom, Richard, rebuilt it in 1765-68. This is the building that Tolkien knew and that stands today. No doubt financially embarrassed by his outlay, Richard raised £800 by way of mortgage on the mill and other property in 1769, the year after its rebuilding. His copy of this mortgage is the deed presently being offered for sale. He was clearly unable to repay Horsman his £800 and in 1775 was declared bankrupt. The mill passed into other hands. 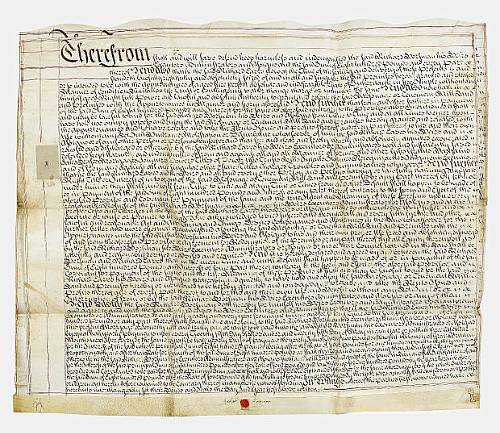