Following on from the Hobbit and Lord of the Rings Part 1, this is the look at the next 2 Tolkien related Computer Games produced by Melbourne House. These games were not as popular as the first 2, so there are not as many collectables for them.

The first is Shadows of Mordor, like the previous games, it was developed by Beam software and released in 1987. Note: this is not to be confused with the totally different Shadow of Mordor game produced by Warner Bros in 2014.

The cover for the game was a classic image of Shelob by famous Tolkien artist Ted Nasmith (on a side note, this image was first published in that years, 1987, Tolkien calendar).

The game came in a standard double cassette case. Although it was a double case the game only came on 1 cassette. It also included a small instruction manual. 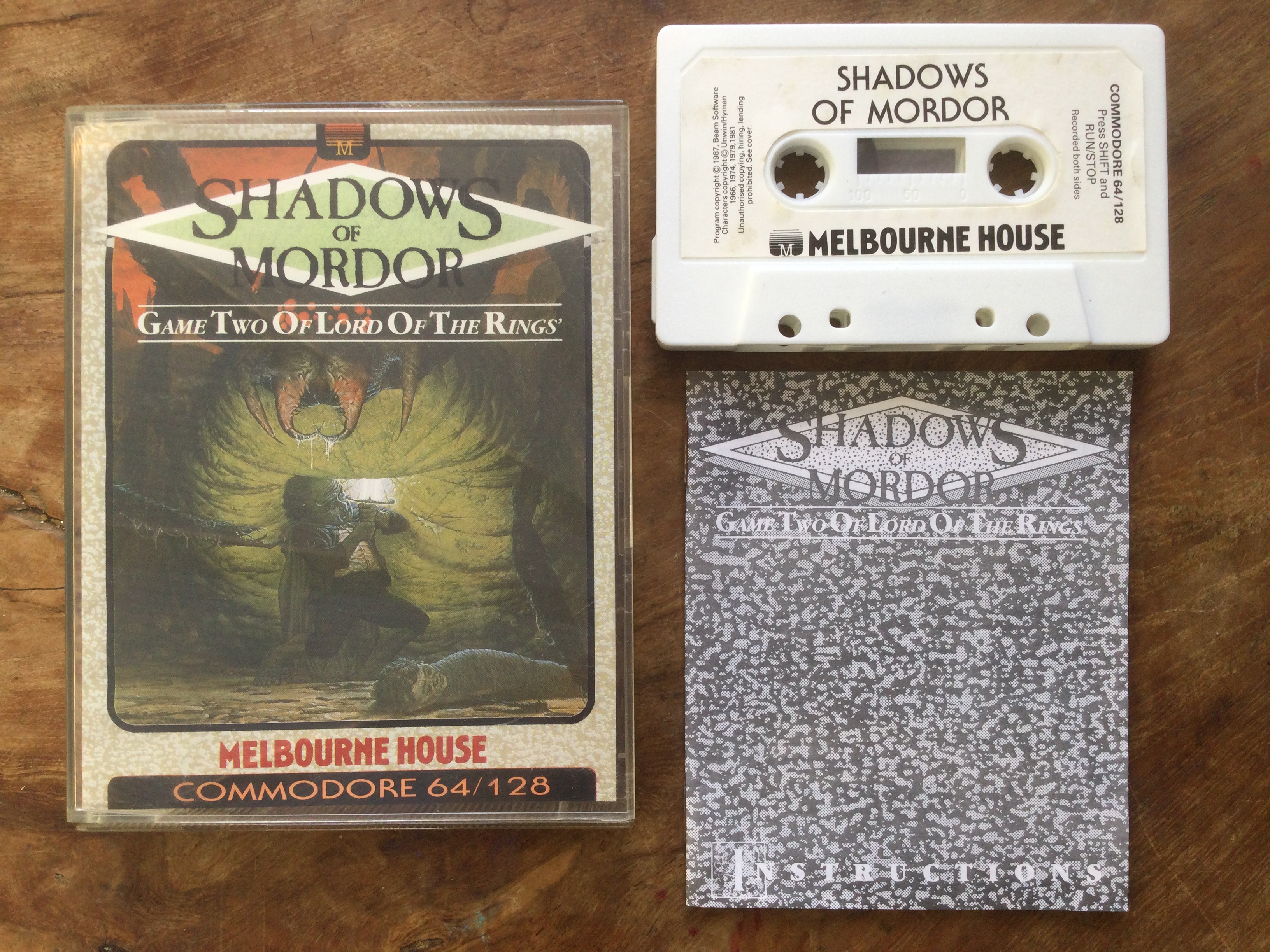 It was released on cassette for the Sinclair ZX Spectrum, Amstrad and Commodore 64. 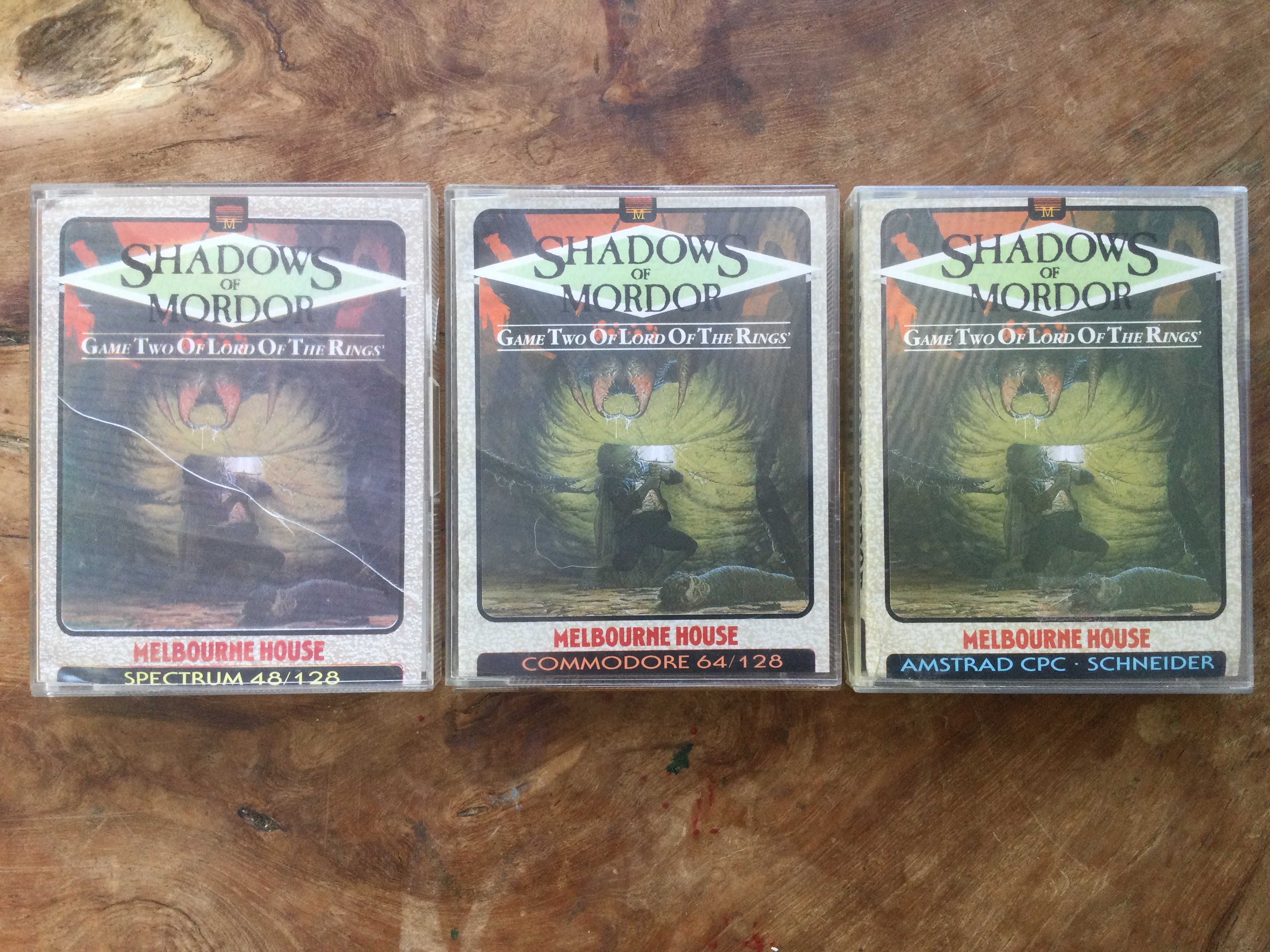 The game was re-released for the Commodore 64 in the Ricochet budget series. This was the original release case but on a hanging card. 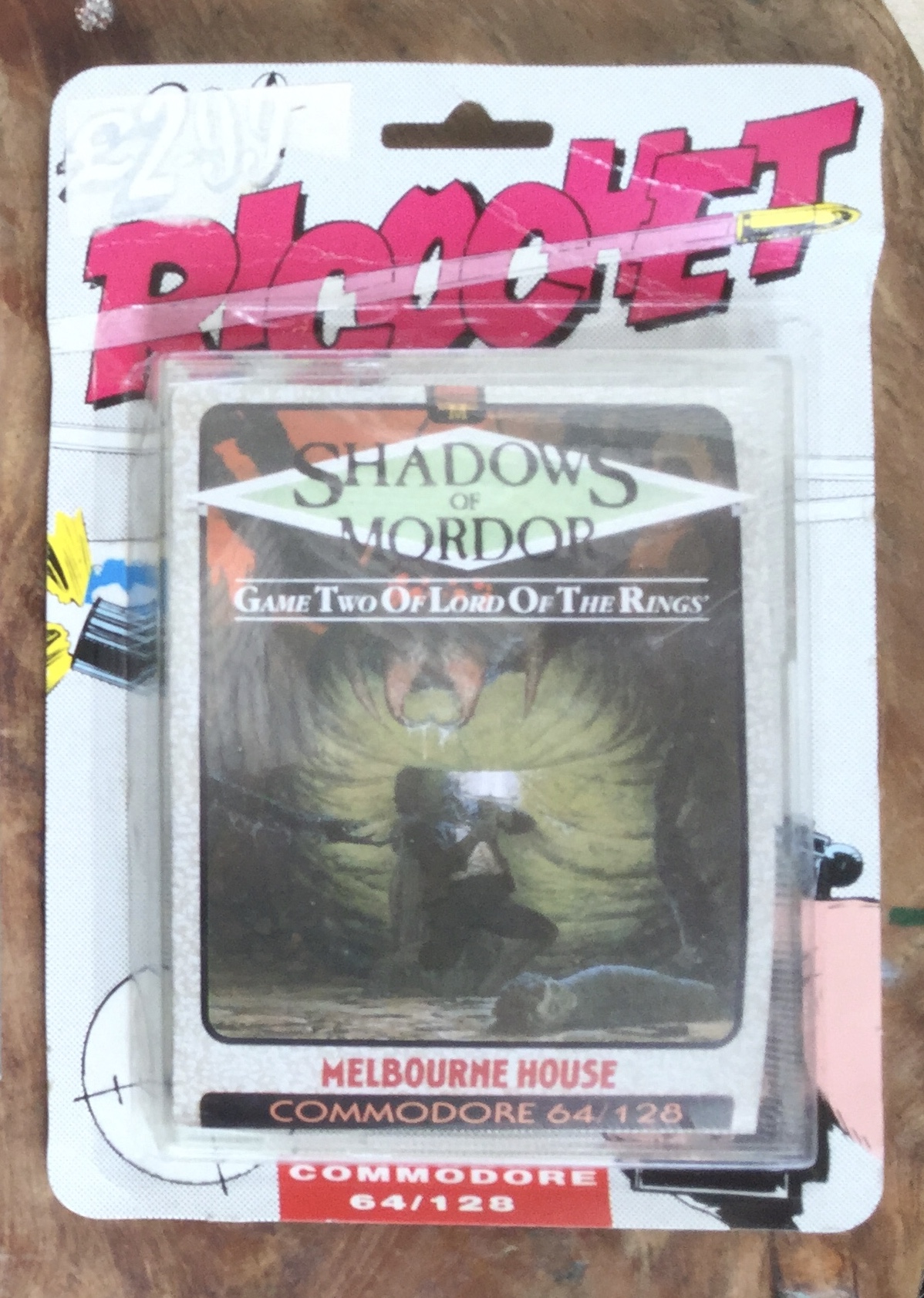 As well as the cassettes, a disk based version was also released for the Commodore 64 and came in large flat packaging (the same as the disk versions of the first 2 games). 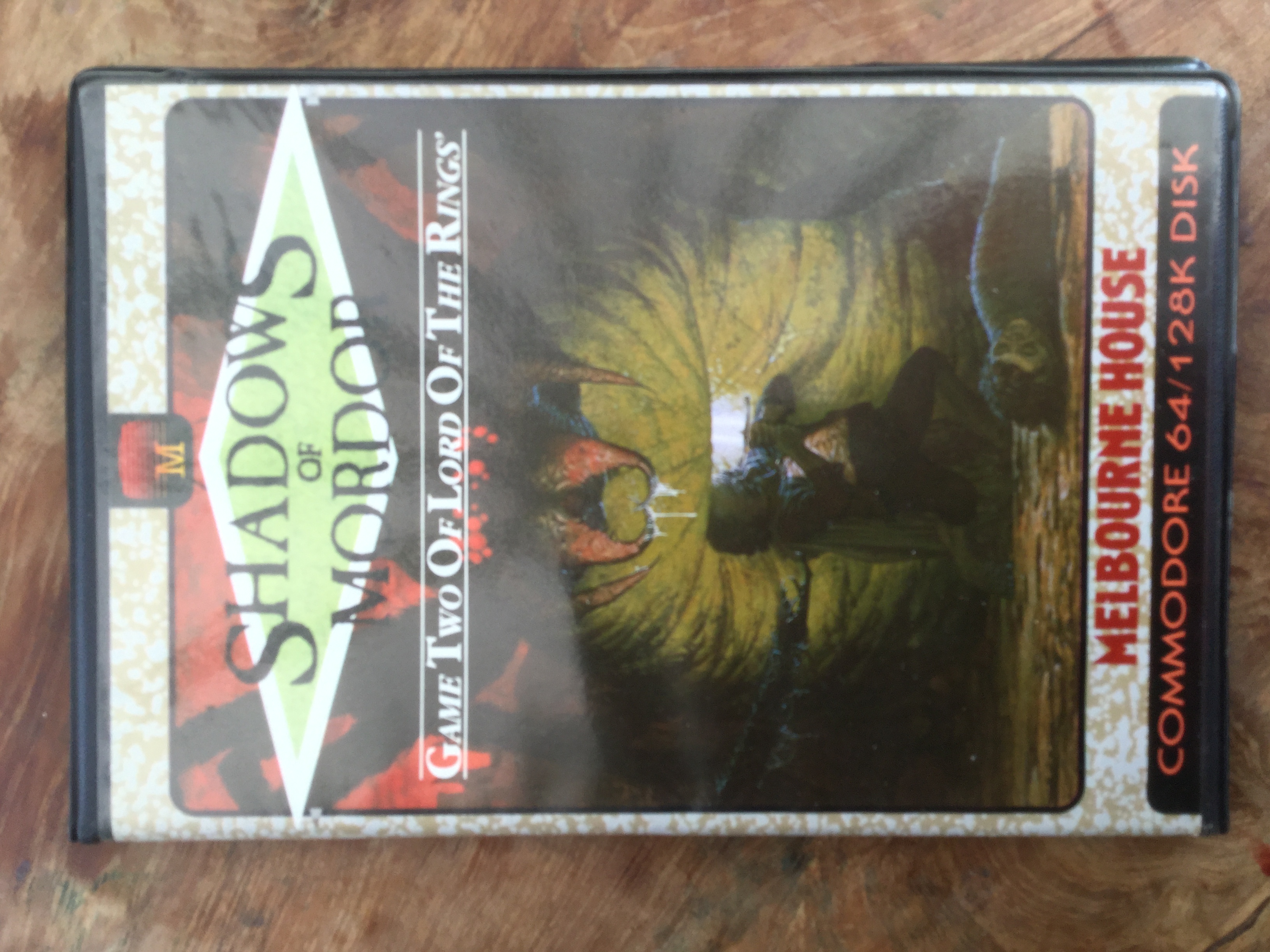 The game featured in the computer games magazines of the time. It did not feature on the cover of any magazines. 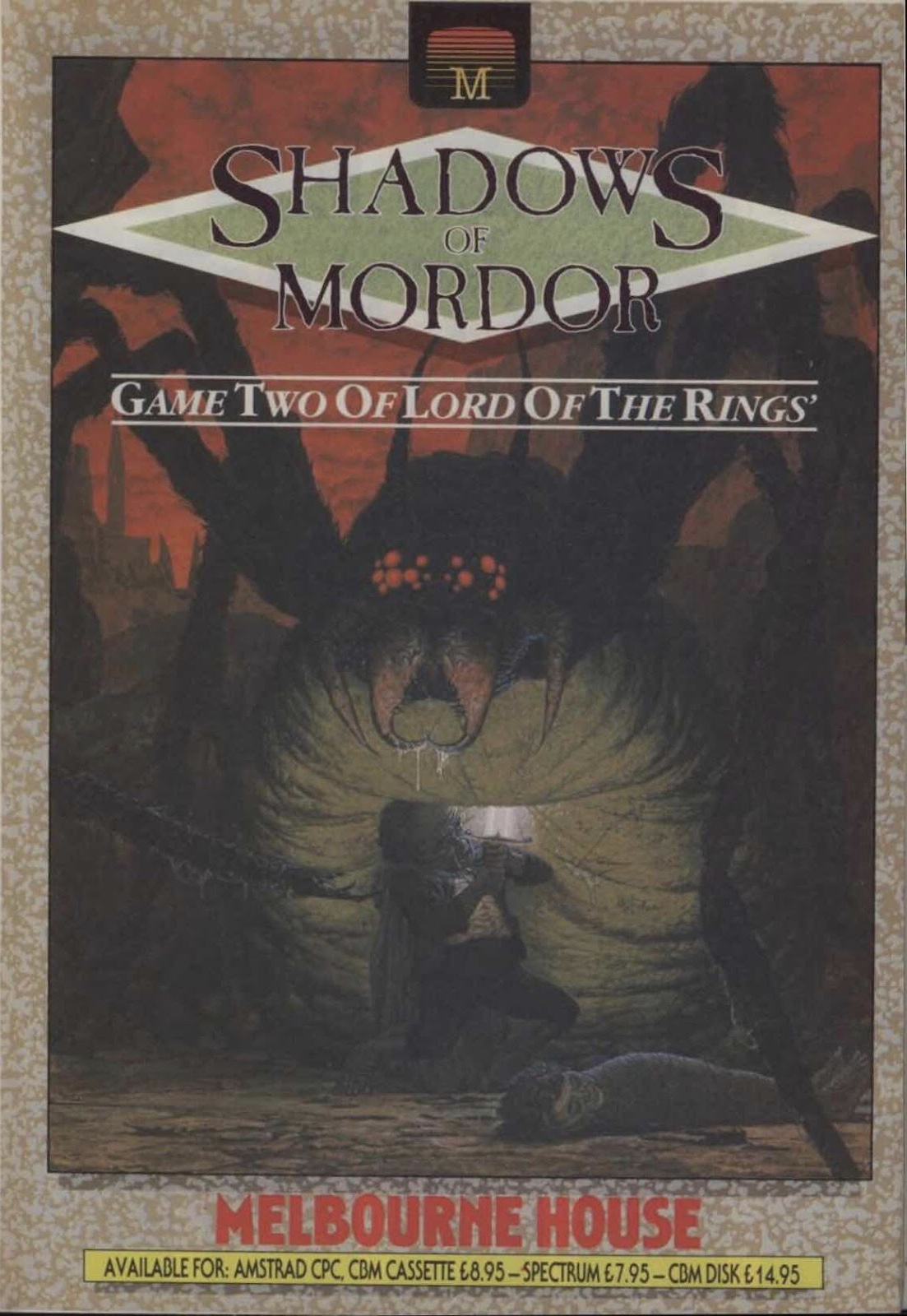 Magazines also published reviews and articles for the game. A lot of these are quite small reviews (and are not listed here), however here are a few of the larger, more collectable ones. 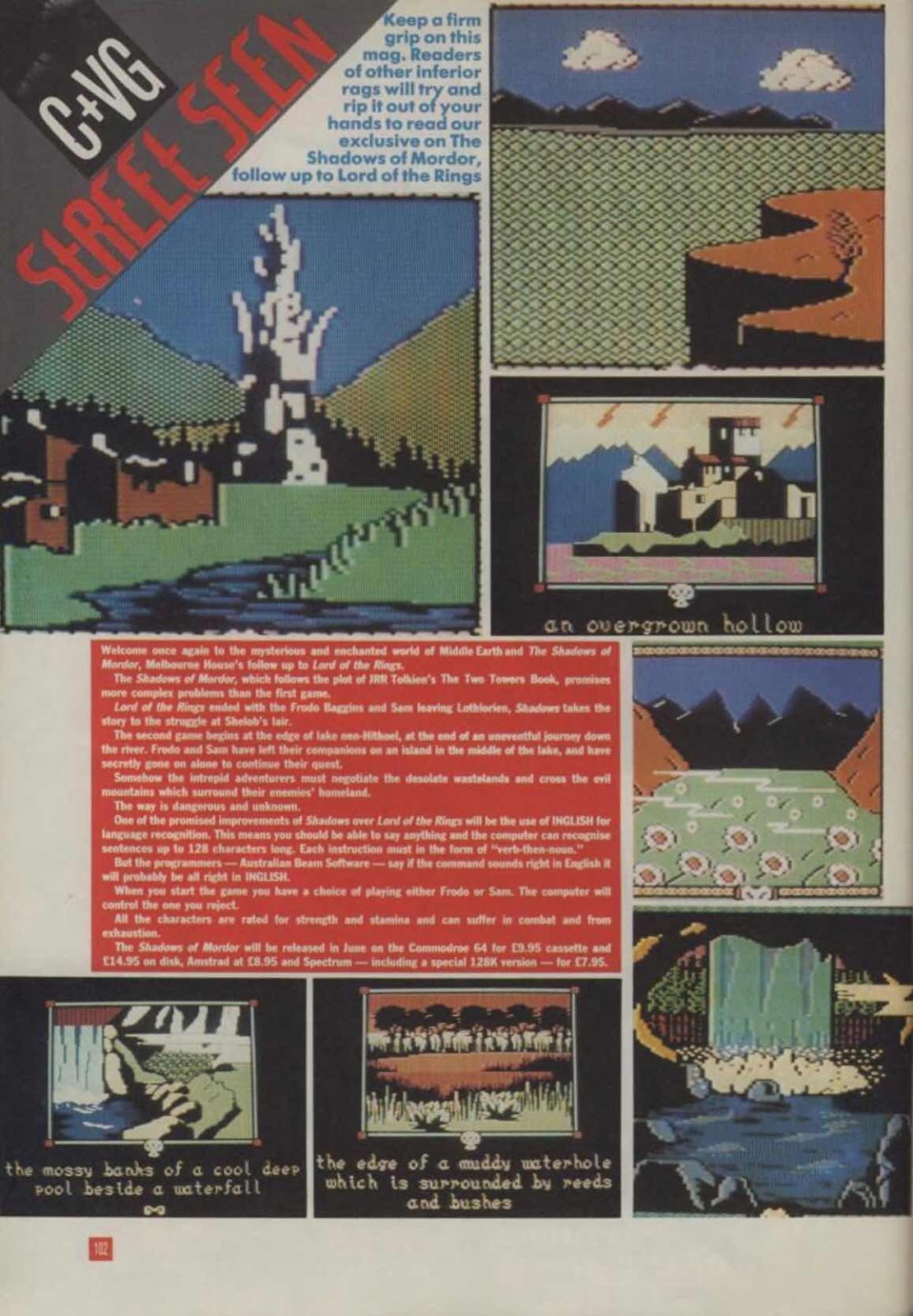 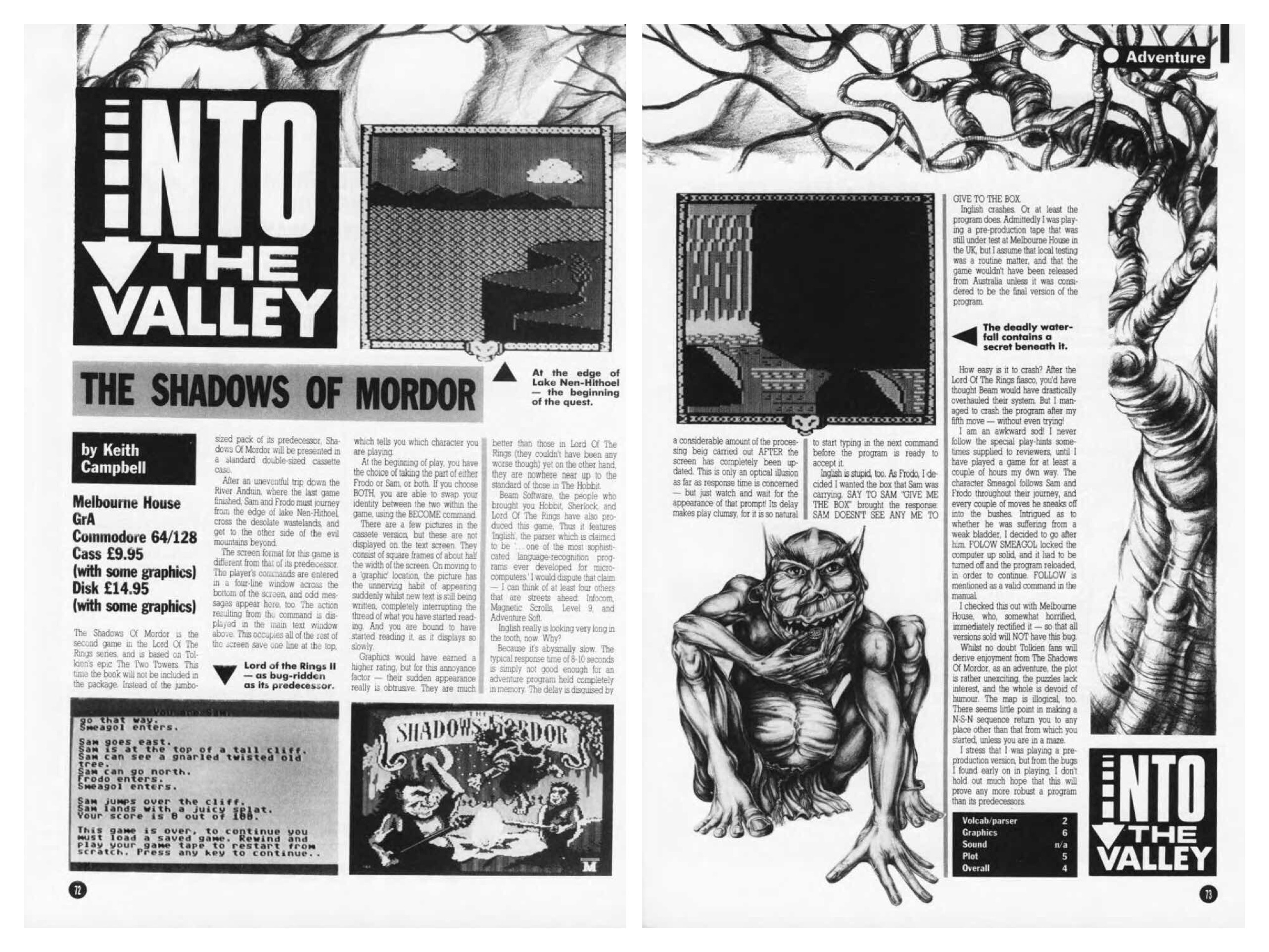 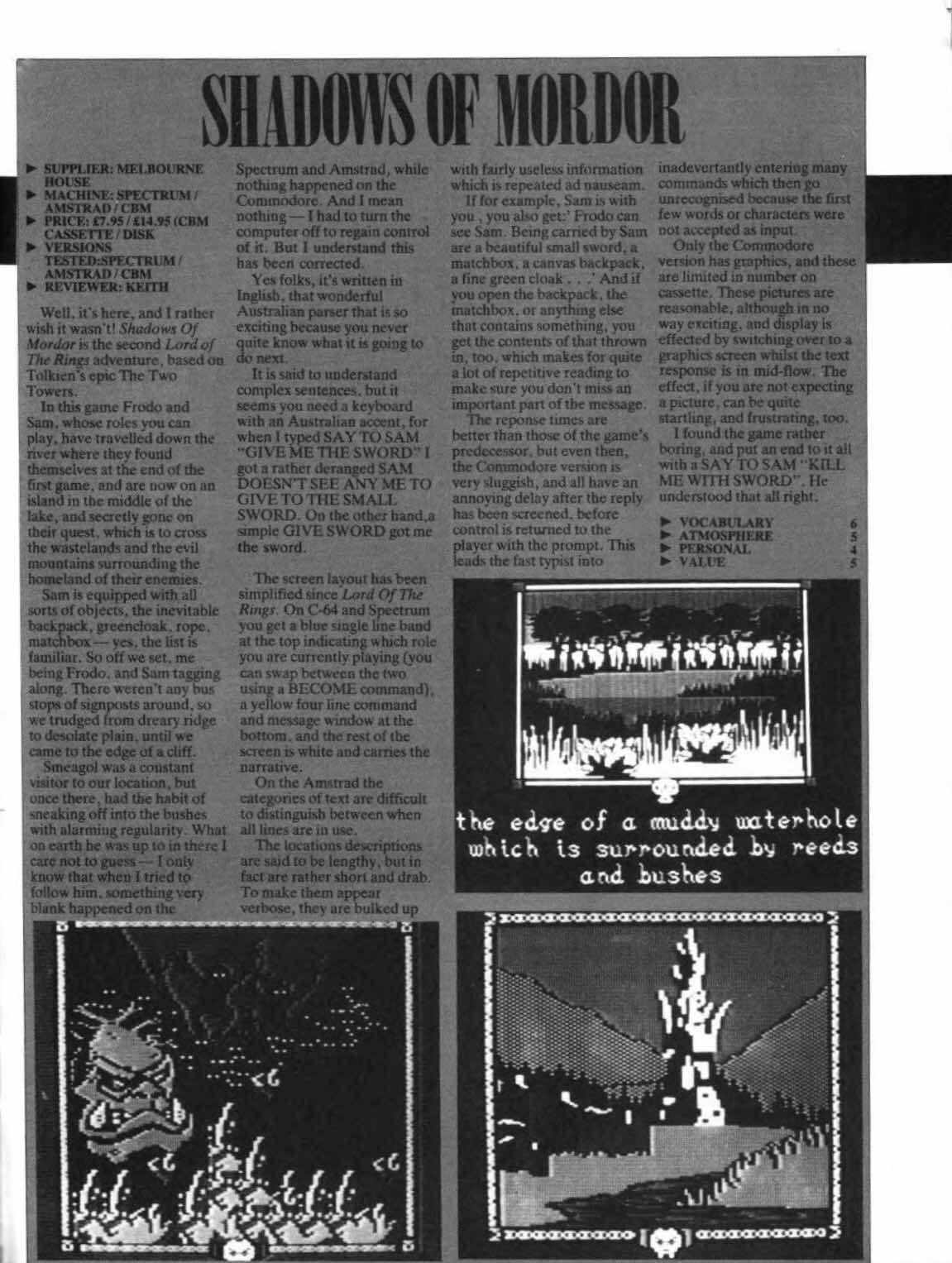 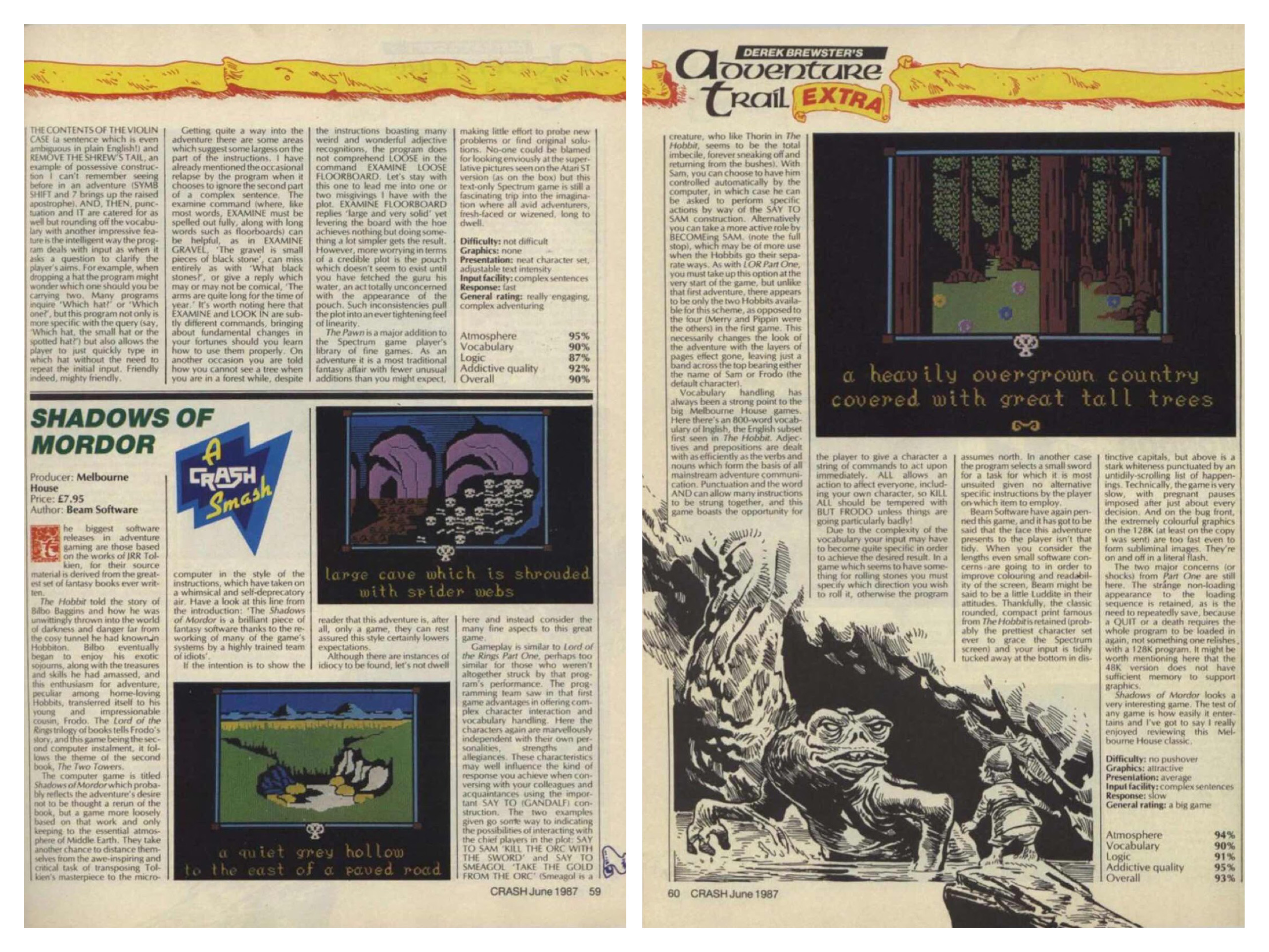 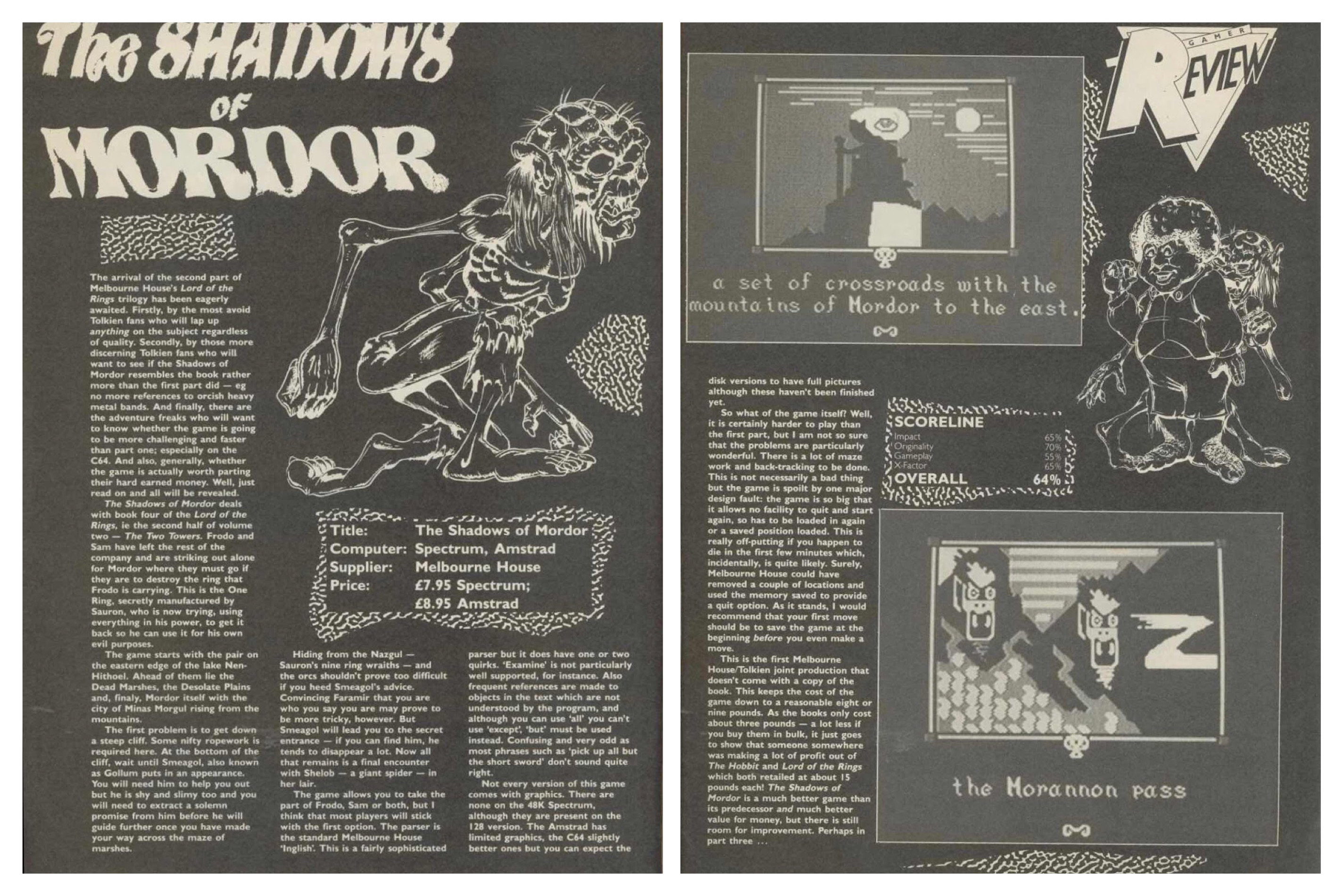 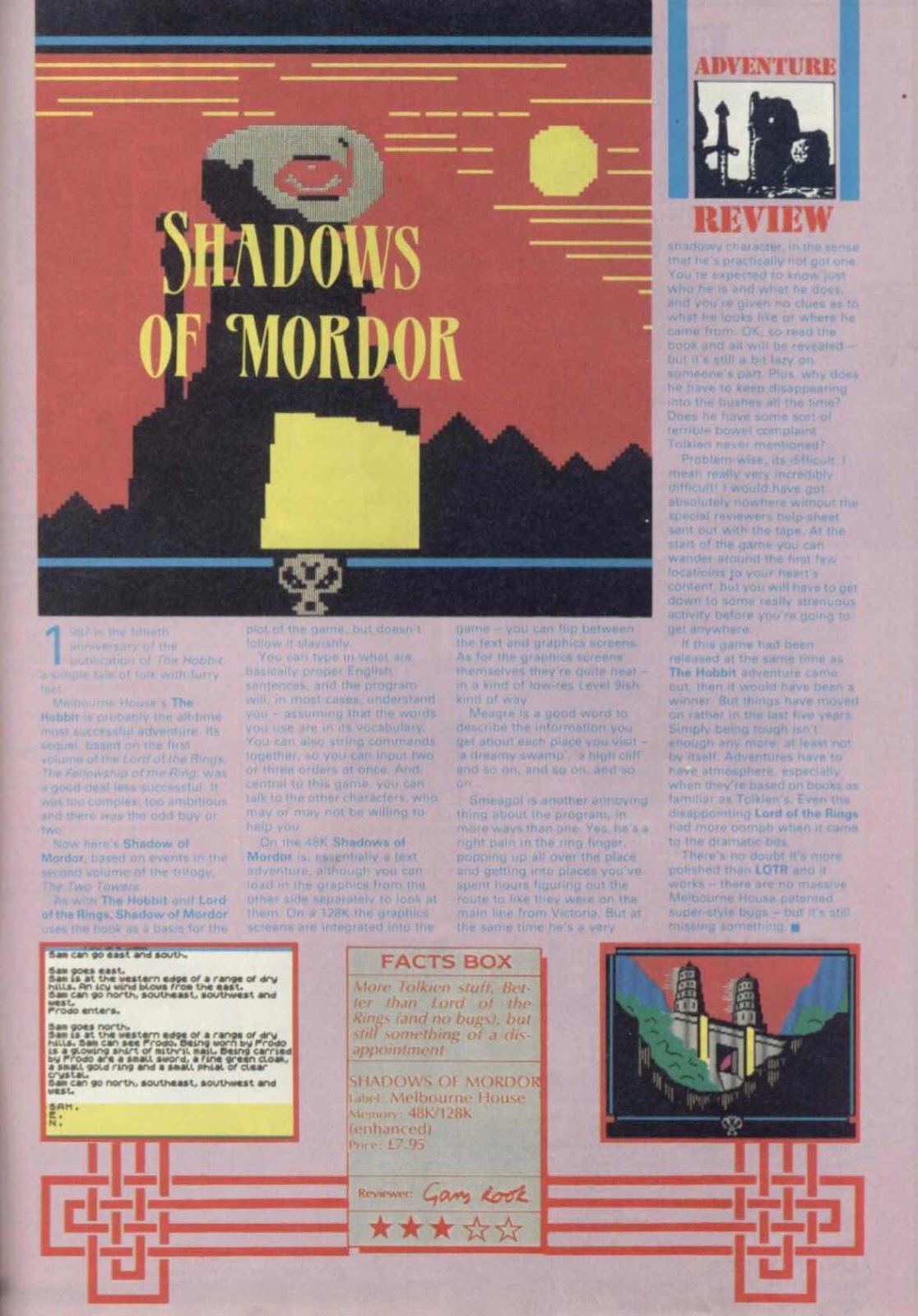 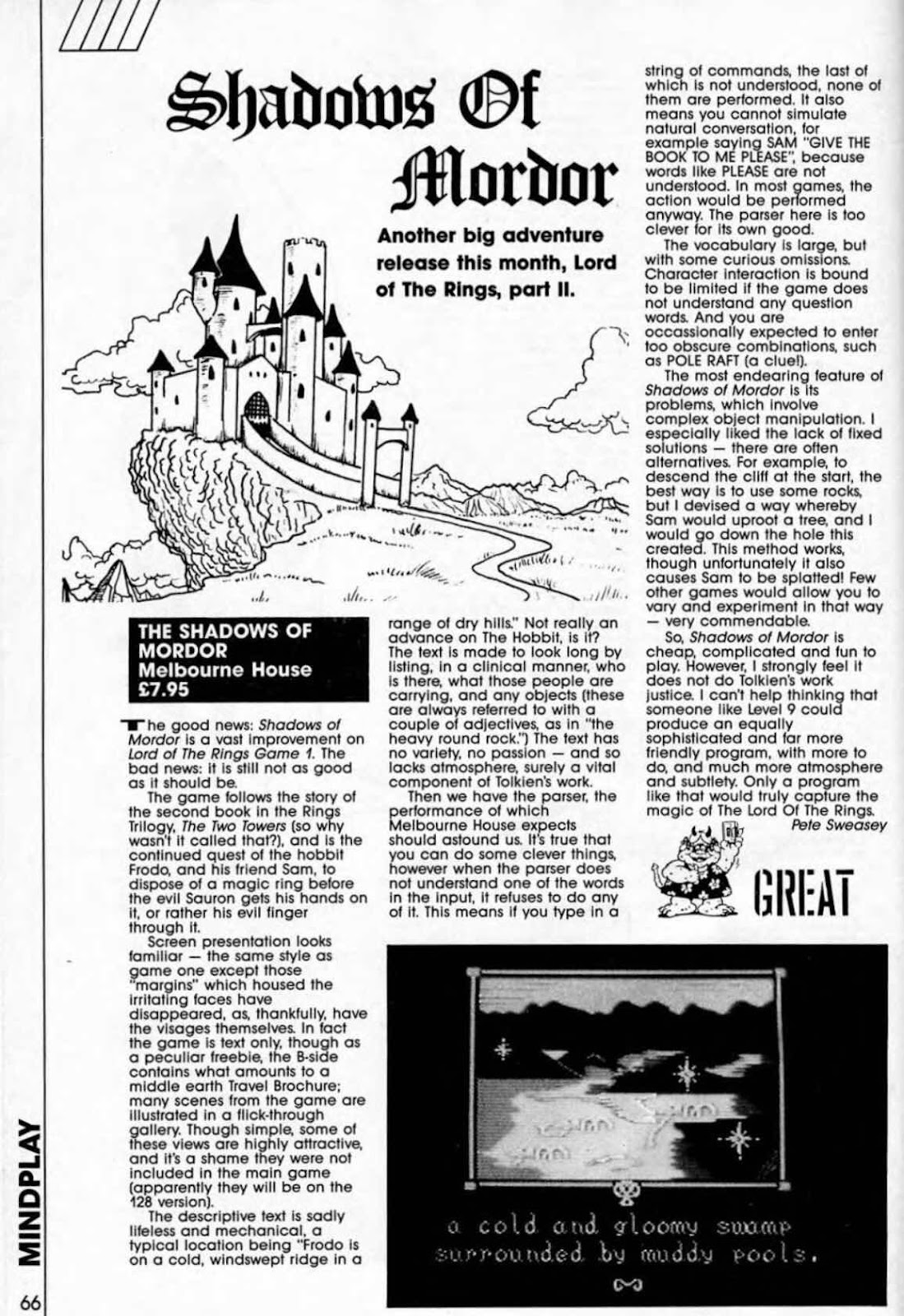 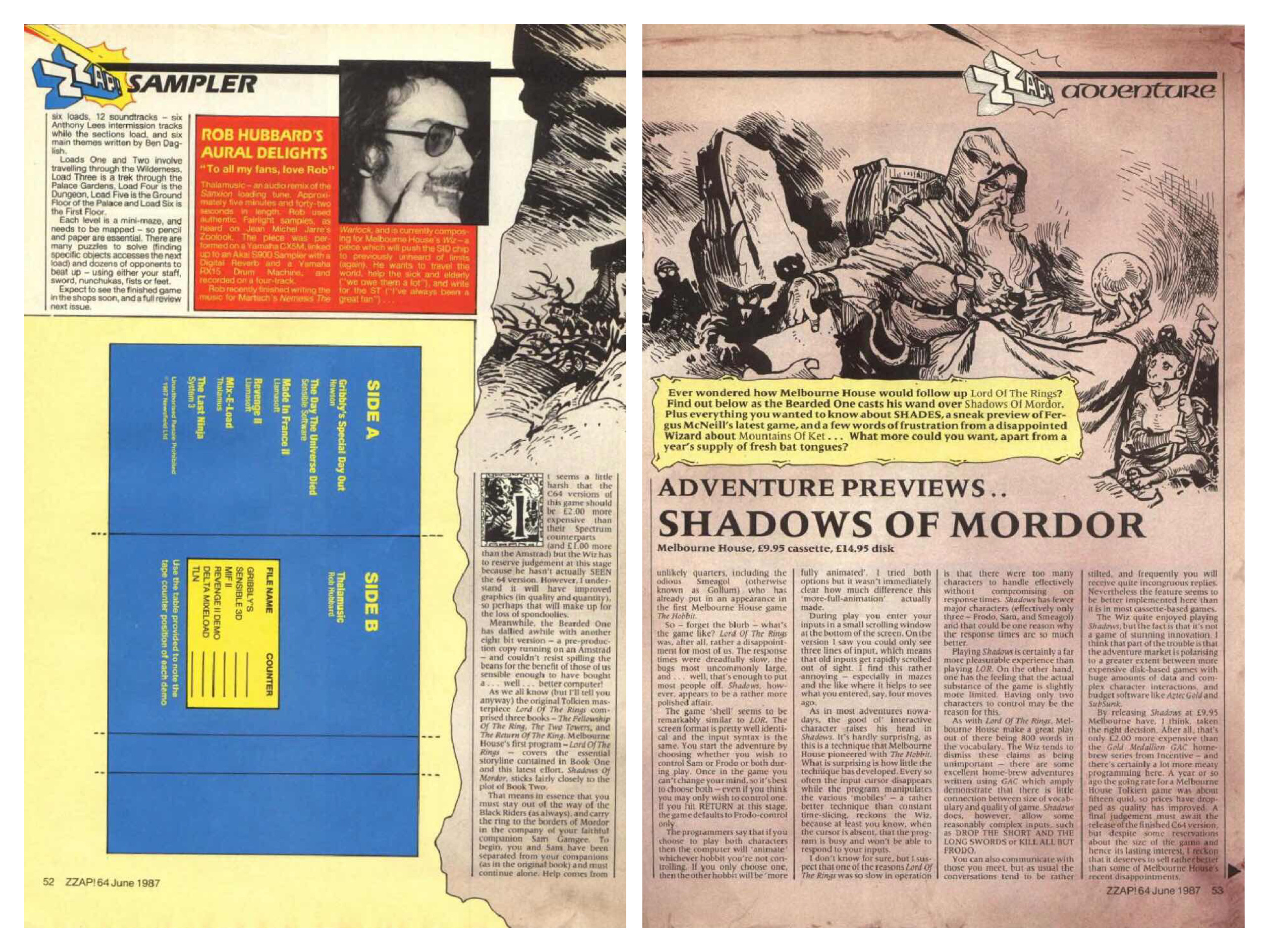 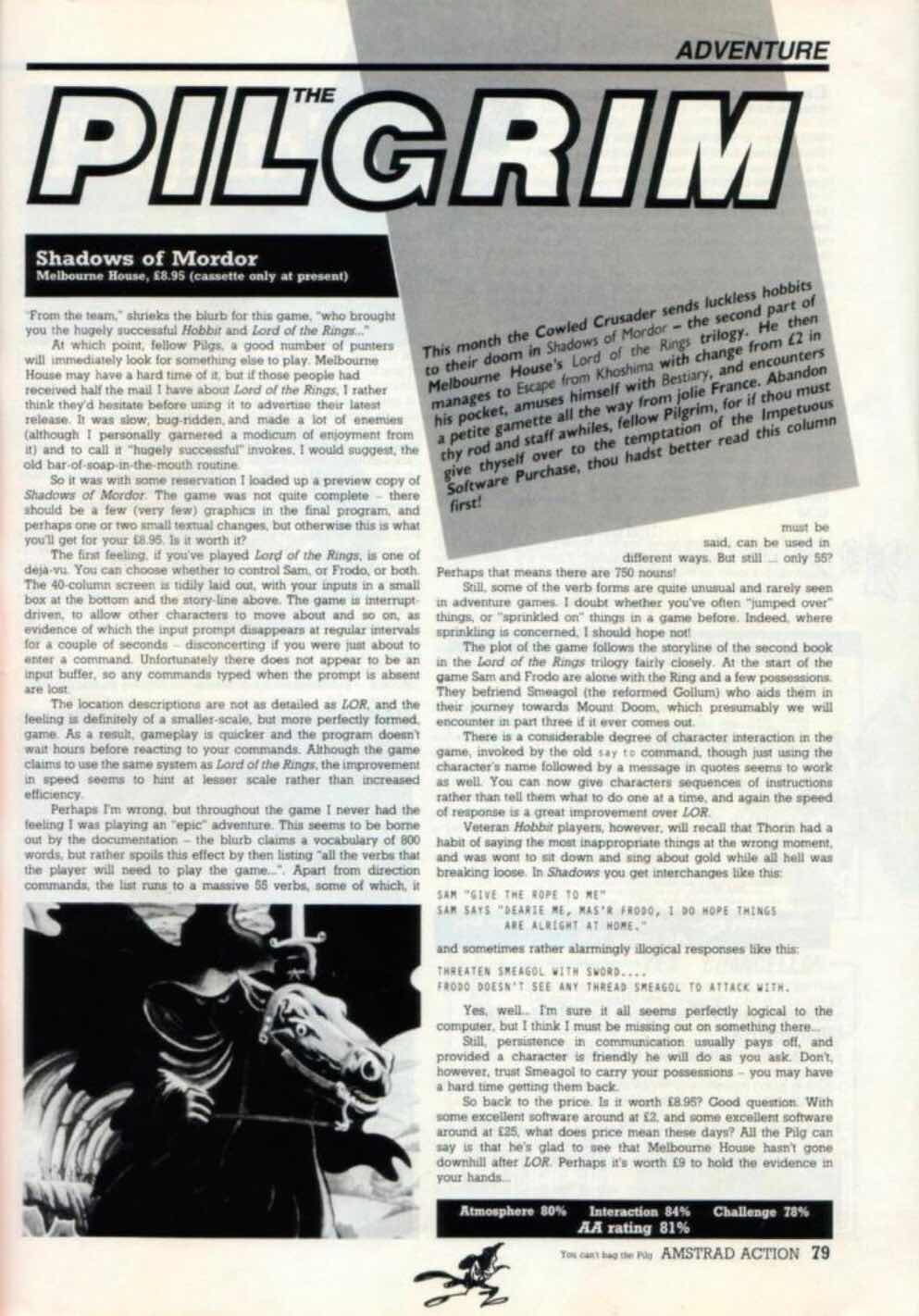 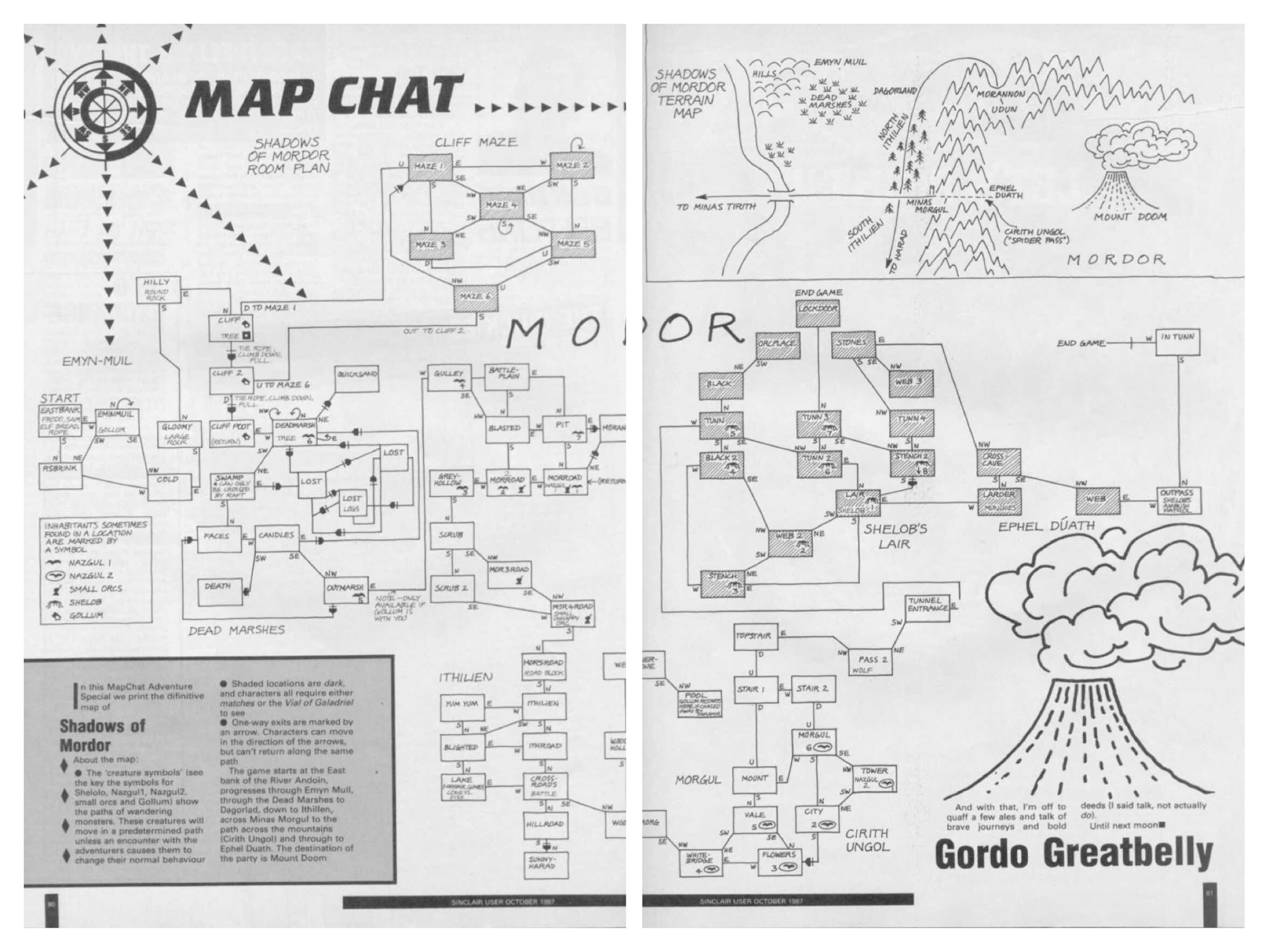 Please note that these are the magazine details I have identified, there may be more.

I am not aware of any promotional items for this game.

The game was also released with Melbourne Houses other Tolkien games, The Hobbit and Lord of the Rings Game 1, in a Tolkien Trilogy boxed set. This was released for the Spectrum, Commodore 64 and Amstrad (with an Amstrad disk version also available). 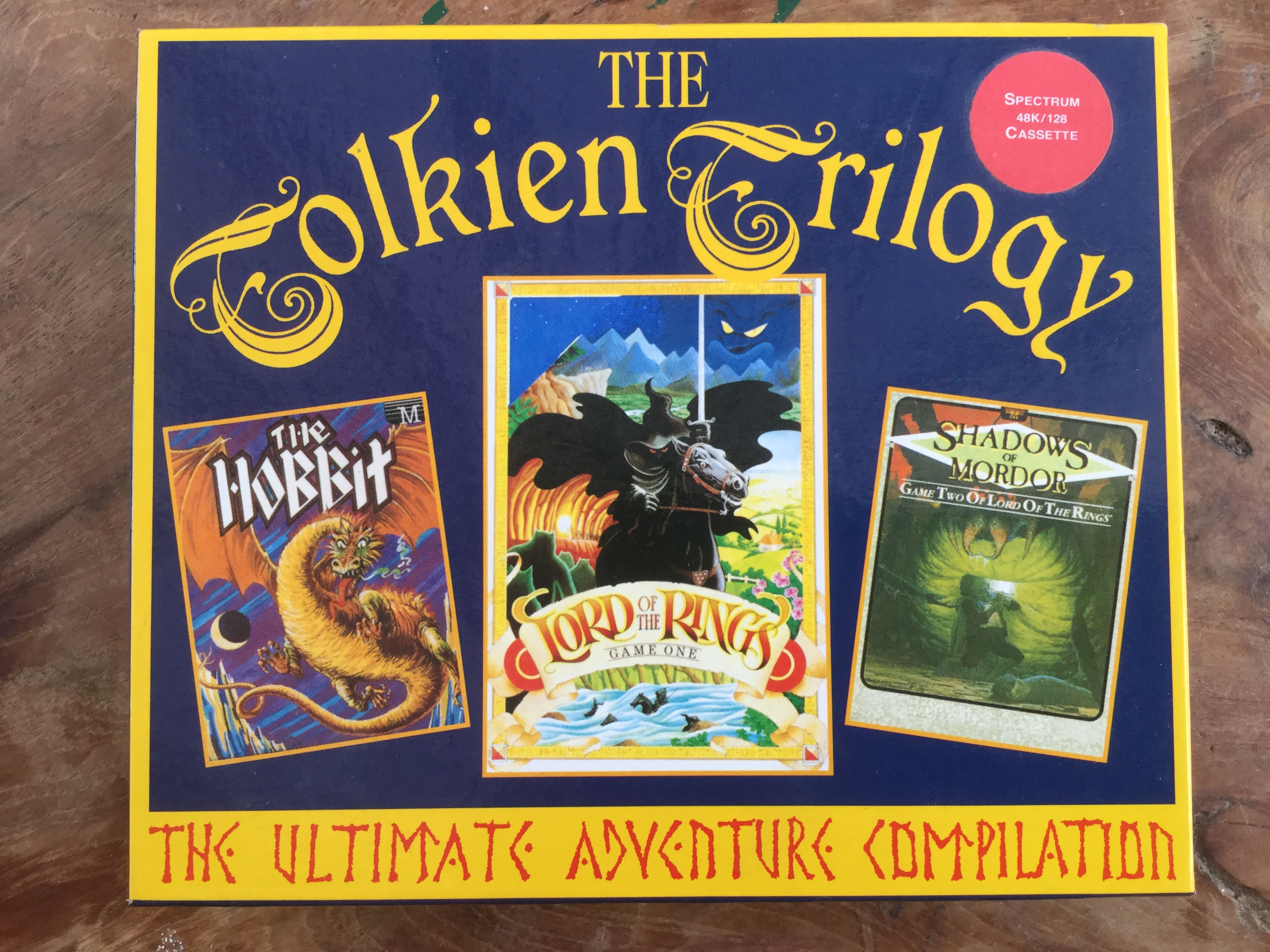 The game was also released in the US a year later by Addison-Wesely. It was only released on disk in the US for the Commodore 64, PC, Apple II and Mac. It was not released in the white packaging like the first two games, but was released with the re-releases in blue packaging with an image of Sam and Shelob by Bob Giulani. 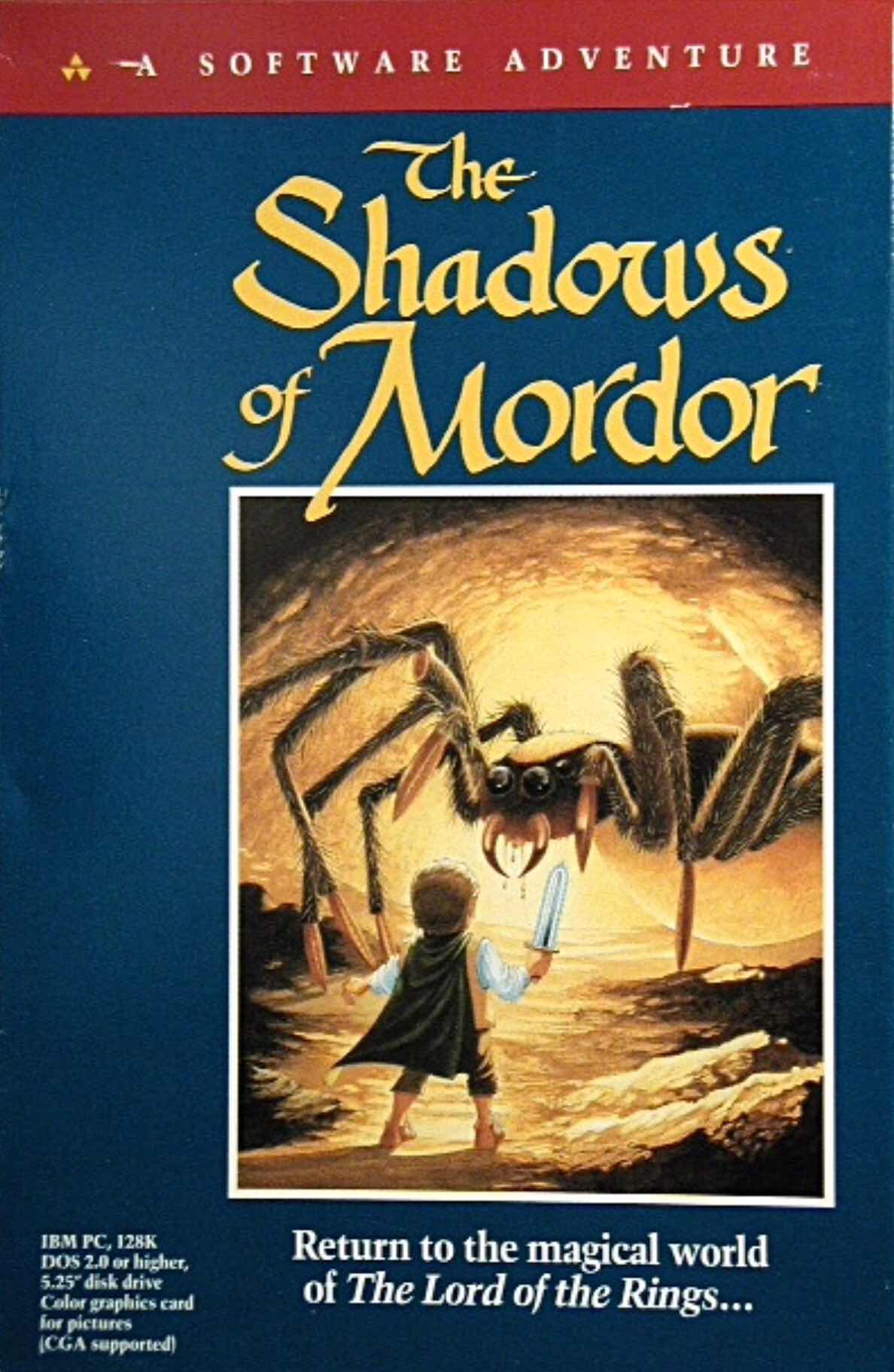 I do not have any details of US magazines featuring the game.


The Crack of Doom Game

There is not much too collect with the next game in the series The Crack of Doom. It was only published in the US in 1989 by Addison-Wesely on disk for the Commodore 64, PC, Apple II and Mac. It was not released in the white packaging like the first two games, but was released with the re-releases in red packaging with an image of Frodo and Sam at Cirith Ungol by Bob Giulani. 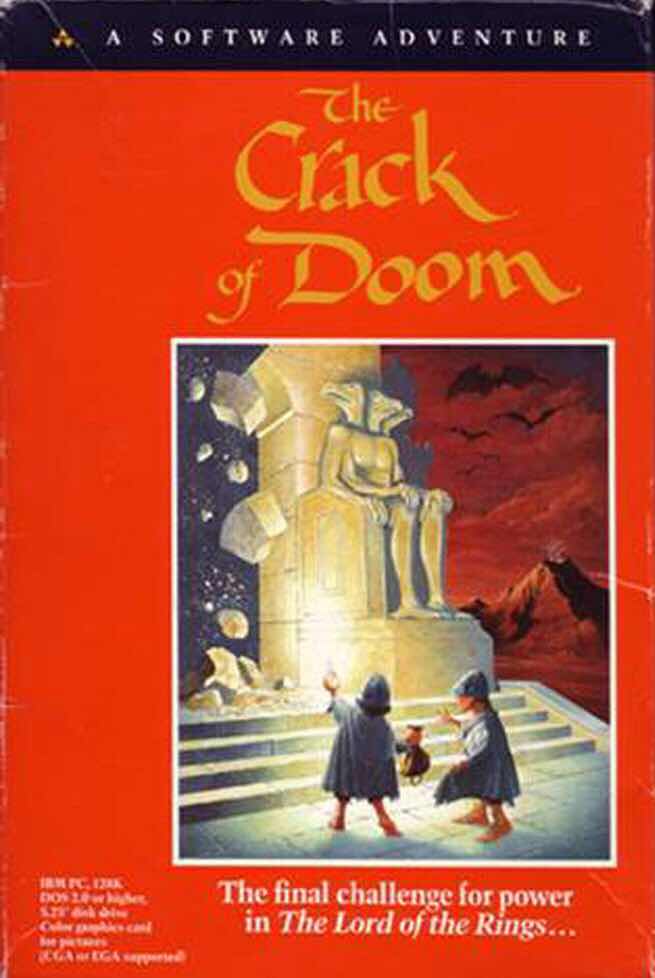 If anyone has any other details on these games then please let me know.
Share