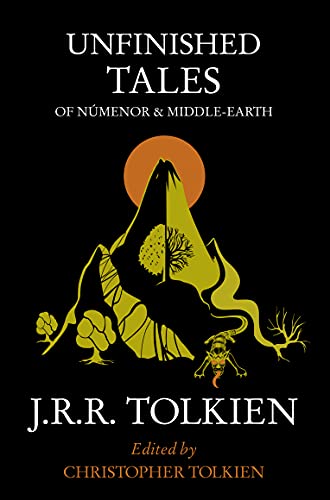 Unfinished Tales of Numenor and Middle-Earth
$15.71
TolkienGuide is an Amazon.com affiliate

94730
ShadowFx replied
59 minutes ago
The most brilliant bookshops in the world: our readers’ picks 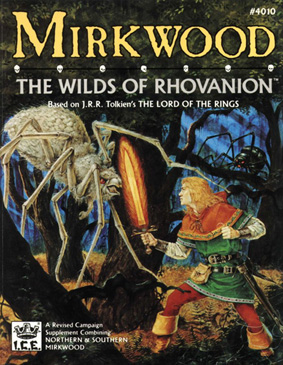 Follow the Old Forest Road into the heart of Mirkwood and you'll find yourself in deep, dark woods once full of fish and game. How strangely quiet the woods are since Mordor cast its deathly pall across the land. Only the Giant Spiders seem content as they lie in their shadowy lairs. Bordered by the mighty Anduin River to the west and the Grey Mountains to the north, the wilderland includes rugged highlands like the Iron Hills and the ancient Mountains of Mirkwood, as well as famous waterways like the River Running and Long Lake. The Rhovanion plains east of the forest provide fertile farmland and pastures, but are threatened by tribes of Easterlings. Southern Mirkwood is already under the shadow. There, Dol Guldur, the Necromancer's mist enshrouded fortress, stands as the Dark Lord's outpost - from it emanates the stench of evil and blackness of death. Mirkwood is a wilderland as yet untamed by a dominant race or civilization. Here you'll find Thranduil's Wood-elves, rustic Wood men, the Dwarves of the Iron Hills, and the primitive Beornings, as well as many other sub-cultures of Northmen. Hardly hospitable, Mirkwood is a land where careless travellers often fall prey to Wargs, Trolls, Lesser Giants, and Giant Spiders. Adding to its ills, Smaug the Destroyer and his winged cousins have for centuries made their homes in the frozen wastes just to the north. These denizens warily await your arrival, so welcome to Mirkwood, Adventurer! May your sword be quick and your senses keen! MIRKWOOD features:
Last modified: 03/11/20 by Urulókë
Jump to Last