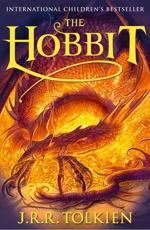 The Hobbit, or, There and Back Again
$9.91
TolkienGuide is a Blackwell's affiliate

760100
Mr. Underhill replied
May 17
Welcome to the Rings of Power discussion forum!