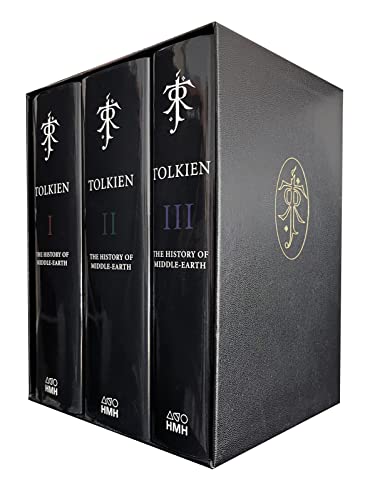 The History of Middle-Earth Boxed Set
£unknown
TolkienGuide is an Amazon.co.uk affiliate

245450
Taivo replied
Yesterday
The Lord of the Rings: The Rings of Power (Season One: Amazon Original Series Soundtrack)

Signatures and Autographs >> "A Pamphlet about BEOWULF from TOLKIEN'S library !!!" [eBay]
By Khamûl

"A Pamphlet about BEOWULF from TOLKIEN'S library !!!" [eBay]

A Pamphlet about BEOWULF from TOLKIEN'S library !!! 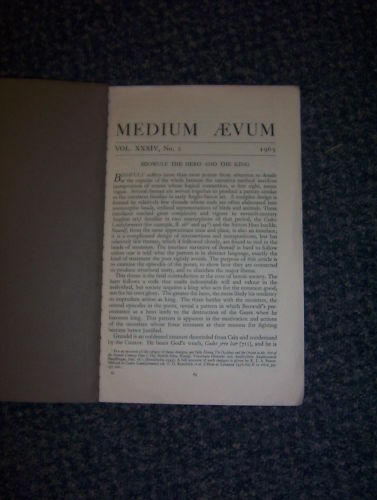 Mar 20, 2011
2011/3/20 14:53:08 (GMT) Greenwich Mean Time, London, Dublin, Lisbon, Casablanca, Monrovia
With respect to the seller it certainly isnt worth £99. An interesting piece but without Tolkiens library sticker or something otherwise how can you be sure it was from his library and thus its value is fairly nominal I think.
For £100 you are better off picking up a nice lord of rings set, and there are a number on ebay at moment.
After thought:
I thought all of Tolkiens library had the sticker on them but i guess these 'minor' items probaby didnt.
Share

Many of the items that were in Tolkien's library and that have appeared in the market have the posthumous library label affixed, but not all. Although the presence of the label is good evidence that an item did belong to Tolkien, its absence doesn't necessarily mean that the item did not. In the present case, it seems very likely that the offprint was sent to Tolkien, Leyerle having attended his lectures at Oxford in the fifties and having written to him separately in April 1967, the date of the inscription. Tolkien replied on 28 April 1967 to a letter from Leyerle - making no mention, however, of receiving an offprint.